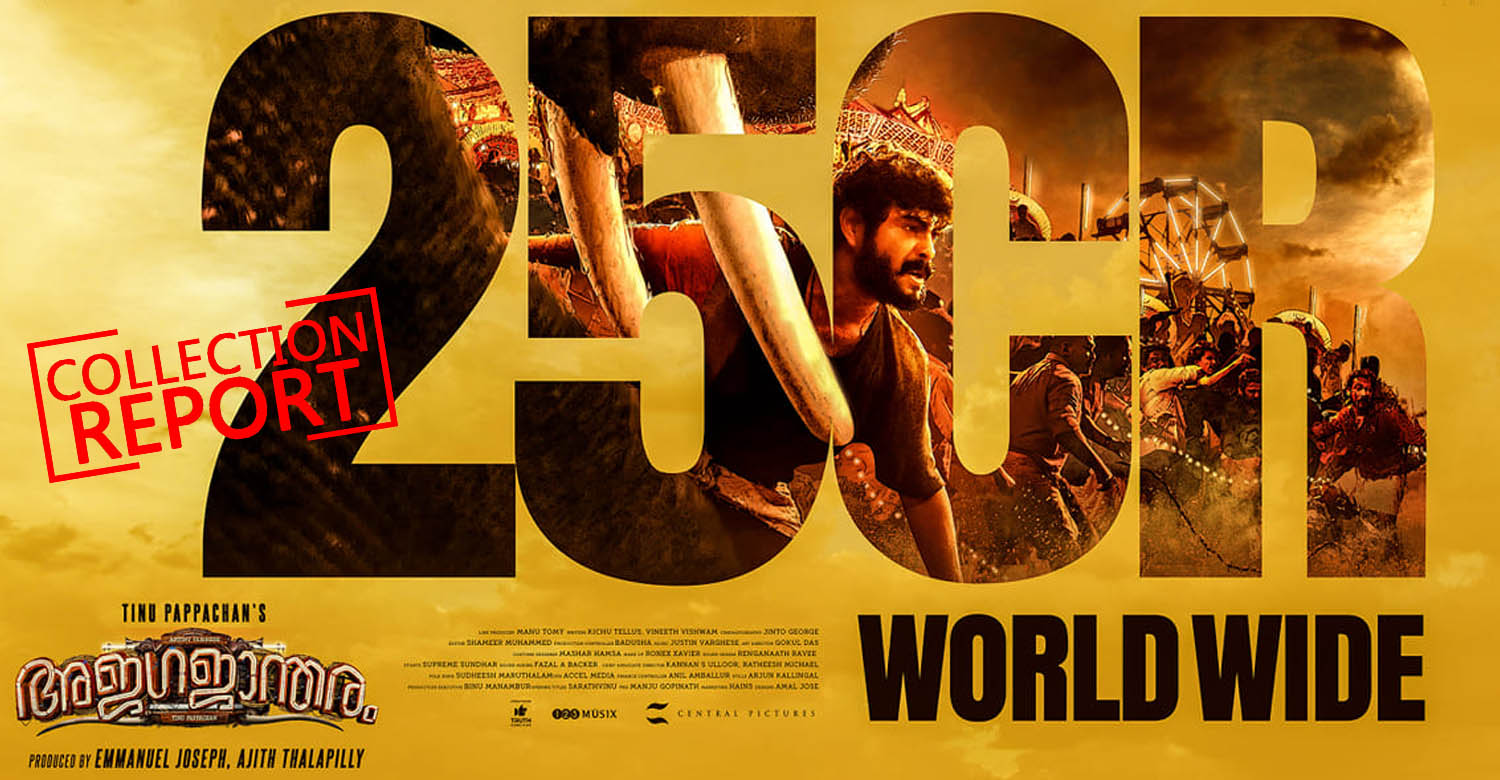 Antony Varghese starrer ‘Ajagajantharam’ has had a superhit theatrical run so far. The makers have announced that the film has collected Rs 25 crore from the worldwide box office. It is quite a commendable feat considering the film stars a bunch of lesser-known stars and also the pandemic-induced restrictions in many centres.

‘Ajagajantharam’ found its acceptance among the youth audience who seem to have loved the film for its unabashed action, bloodshed and thrills. Actors Vineeth Viswam and Kichu Tellus have scripted the film. It has Jinto George as the cinematographer, Justin Varghese as the music director and Shameer Muhammed as the editor.

Emmanuel Joseph and Ajith Thalapilly have produced it under the banner of Silver Bay Studios.