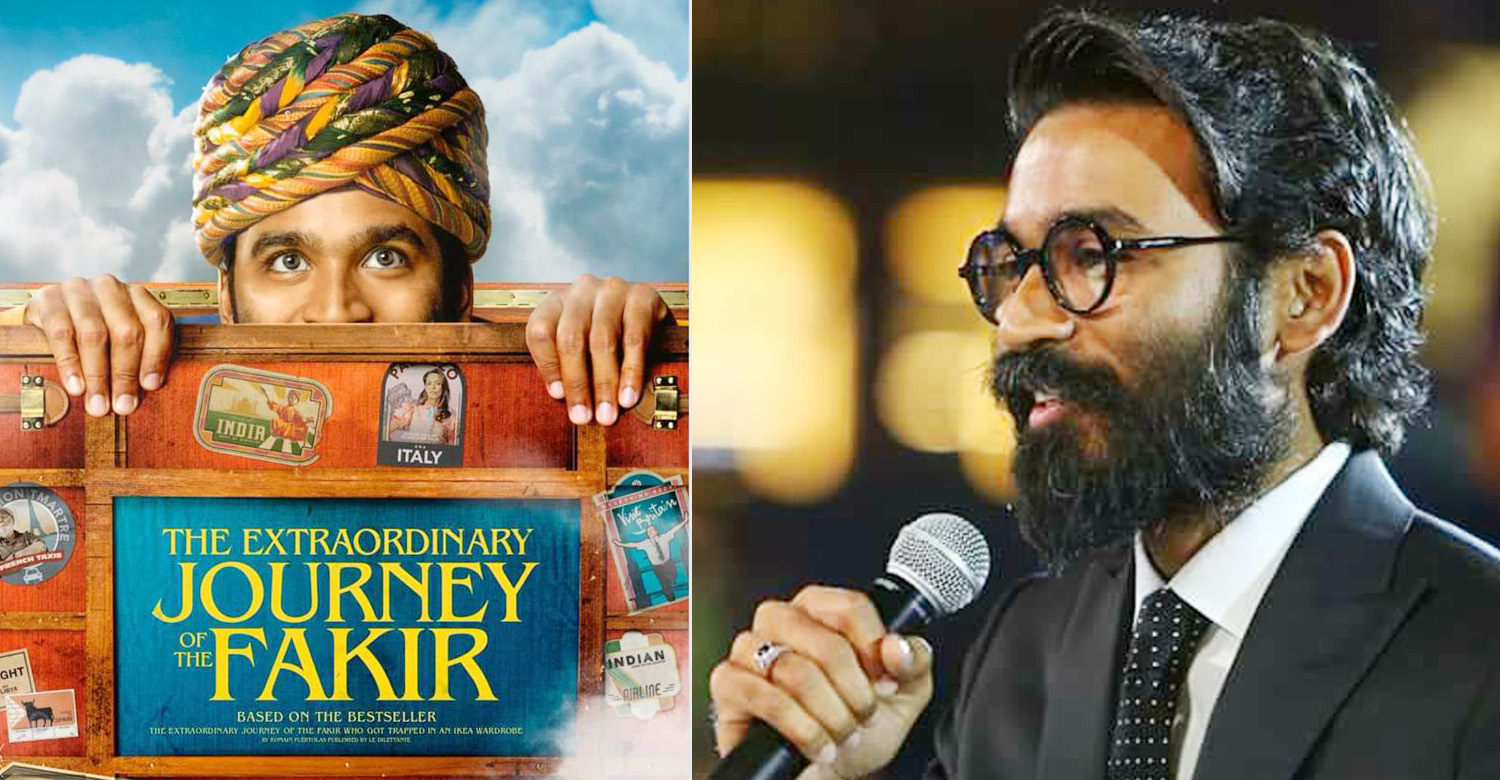 It is already known that Tamil star Dhanush is making his Hollywood debut with a movie titled ‘The Extraordinary Journey of the Fakir’.
The movie directed by Ken Scott is based on the novel, ‘The Extraordinary Journey of the Fakir Who Got Trapped In An IKEA Wardrobe’, written by Romain Puertolas. The movie will be screened at the prestigious Cannes Film Festival this year.

Dhanush, along with the makers, will showcase the movie at the Cannes Film Market – an important conclave where industry professionals, producers, buyers, distributors and festival programmers congregate to explore business opportunities.

The promo screenings of the film are slotted for 7 May 7 at 6 pm and 8 May at 9:30 am. The makers have already sold the film’s international rights to various territories including Japan, Brunei, Belgium, Germany, UK, Italy, Malaysia, Singapore, Russia, Israel, Ukraine, Poland, Czech Republic, Slovakia and Spain through the 38th edition of the American Film Market, which was held last month.

The Extraordinary Journey of Fakir tells the story of a young Indian from a small town in Mumbai and his journey to Paris for the first time. Dhanush’s character is named as Ajatashatru Lavash Patel. The movie is touted to be an adventure fantasy drama. It was shot across India, Libiya, Paris, Belgium and England.

Initially, the movie was supposed to be directed by Marjane Satrapi but Ken Scott was later brought on board to rework the script and direct the film. It also stars Gerard Jugnot, Barkhad Abdi, Erin Moriarty and Bérénice Bejo. Nicolas Errera is handling the music department. Bollywood sensation Amit Trivedi has composed two Hindi songs for the film. The film is being produced by Luc Bossi and Aditi Anand.

Reportedly, the movie is slated to hit screens in India on May 30.