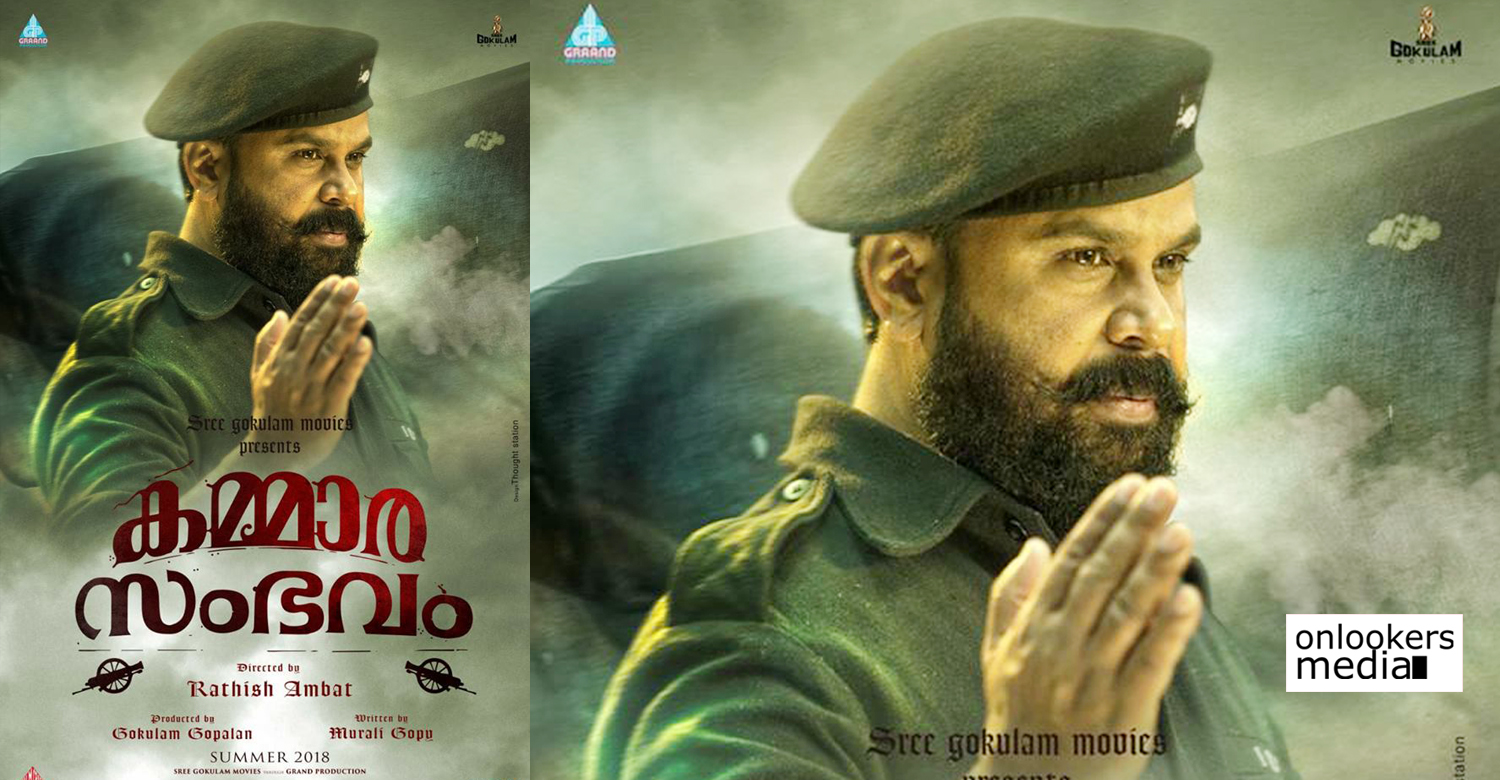 Kammara Sambhavam is said to be the biggest film in Dileep’s two decade long career and naturally expectations are high. The movie is directed by Rathish Ambat, a noted ad filmmaker. As informed earlier, the first look poster was released today through the movie’s official Facebook page.

Kammara Sambhavam is an epic film set in three different timelines. Actor/writer Murali Gopy has scripted this film and is also playing a prominent role in it. Along with Dileep, Tamil actor Sidharth is playing the other lead role in Kammara Sambhavam.

Gokulam Gopalan is funding this big budget movie under the banner of Sree Gokulam Movies. The makers are planning to release the movie for this coming Vishu in April.

Dileep to resume shooting for Professor Dinkan from February!
Official: Keerthy Suresh is the heroine in Vijay’s next!
To Top