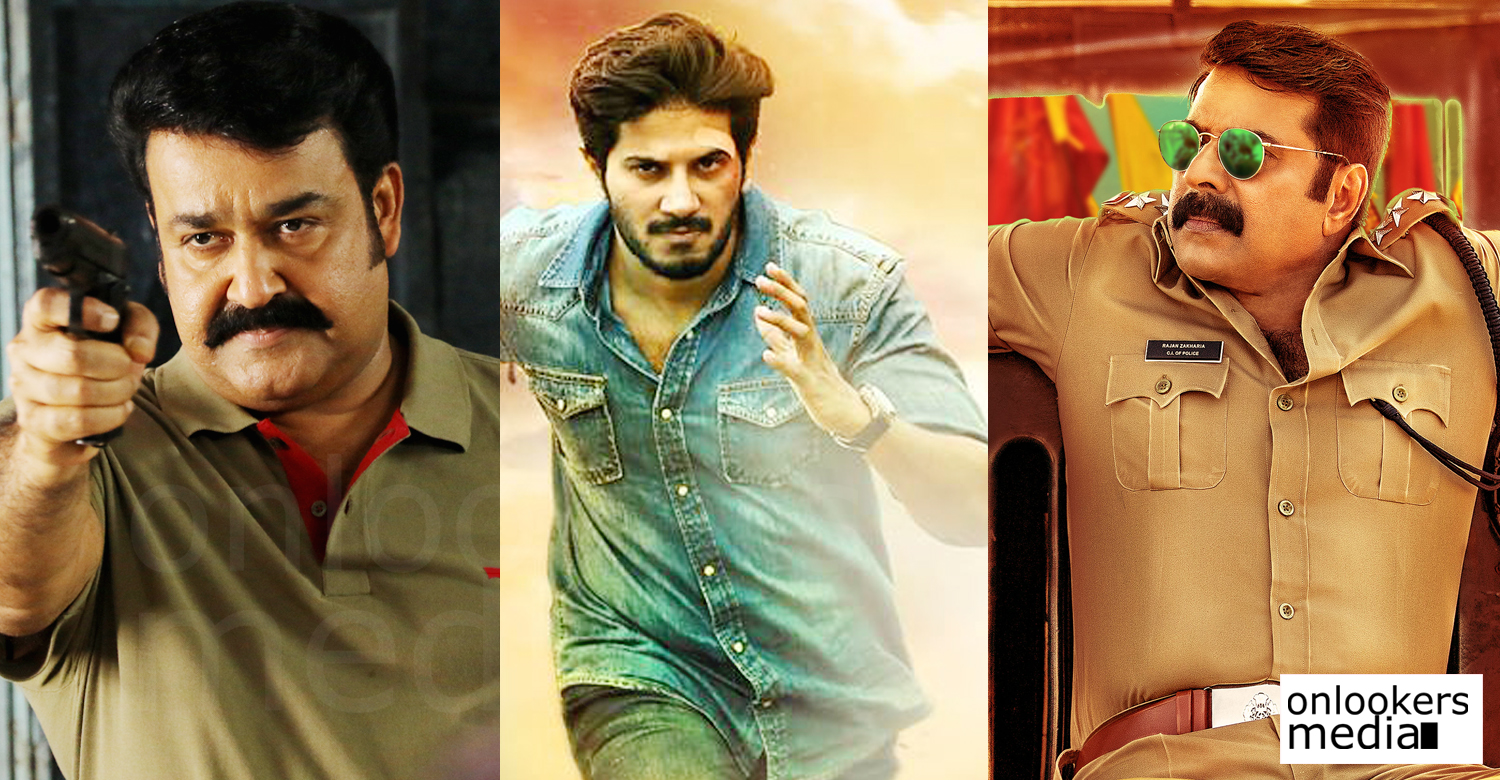 Kasaba : Mammootty all set to break records set by Mohanlal and Dulquer

Kasaba, with this Nithin Renji Panicker movie which is all set to release on this coming July as Eid release, Mammootty aiming at breaking some records hold by Superstar Mohanlal and Young super star Dulquer Salmaan. Currently Mohanlal and Dulquer Salmaan holds the opening day collection records here in Mollywood. Only four movies in Malayalam had entered the 2 crore club on its opening day itself and those 4 movies came from Mohanlal and Dulquer Salmaan. Both of them have 2 movies each in that club and with each releases they are trying to better that records as well. Dulquer Salmaan’s Kali is at the top position now, which got around 2.33 crores on its first day from Kerala. His film Charlie reportedly at the second position with 2.18 crores on its opening day.

Before Charlie and Kali released, Mohanlal films had the records with it. His film Loham had got 2.14 crores from first day and Mohanlal is the one who opened this 2 crore club in Mollywood with his film Casanovva in 2012, which had got near 2.06 crores. There is another interesting fact that, no Mohanlal film had released after Dulquer’s Charlie and Kali got released and rewritten the record. So, his upcoming film Pulimurugan expected to create a new record on its opening day.

But before all that, Kasaba is coming and it is said to be the biggest release of Mammootty’s career. It may release in 150 screens here in Kerala and then it will have all the chance to break the records set by Mohanlal and Dulquer Salmaan.

Loham released in 145 screens in Kerala, holds the record of getting most number of screens here for a Malayalam film. Then comes Casanovva (136 screens), Pazhassi Raja (125 screens) etc. Dulquer’s Kali had got around 118 screens and Charlie had got around 110 screens.

Mammootty is playing a firebrand Police Officer named Rajan Zakariah in this upcoming film Kasaba and reports suggests that director Nithin Renji Panicker had wrote a fantabulous screenplay for this film. The people who worked in the film says that Kasaba is going to be a visual treat for Mammootty fans and film lovers of Kerala.

Lal Jose and Aashiq Abu to bring small films before the audience
Pulimurugan budget : Producer reveals the truth in the light of the reports coming in social media
To Top