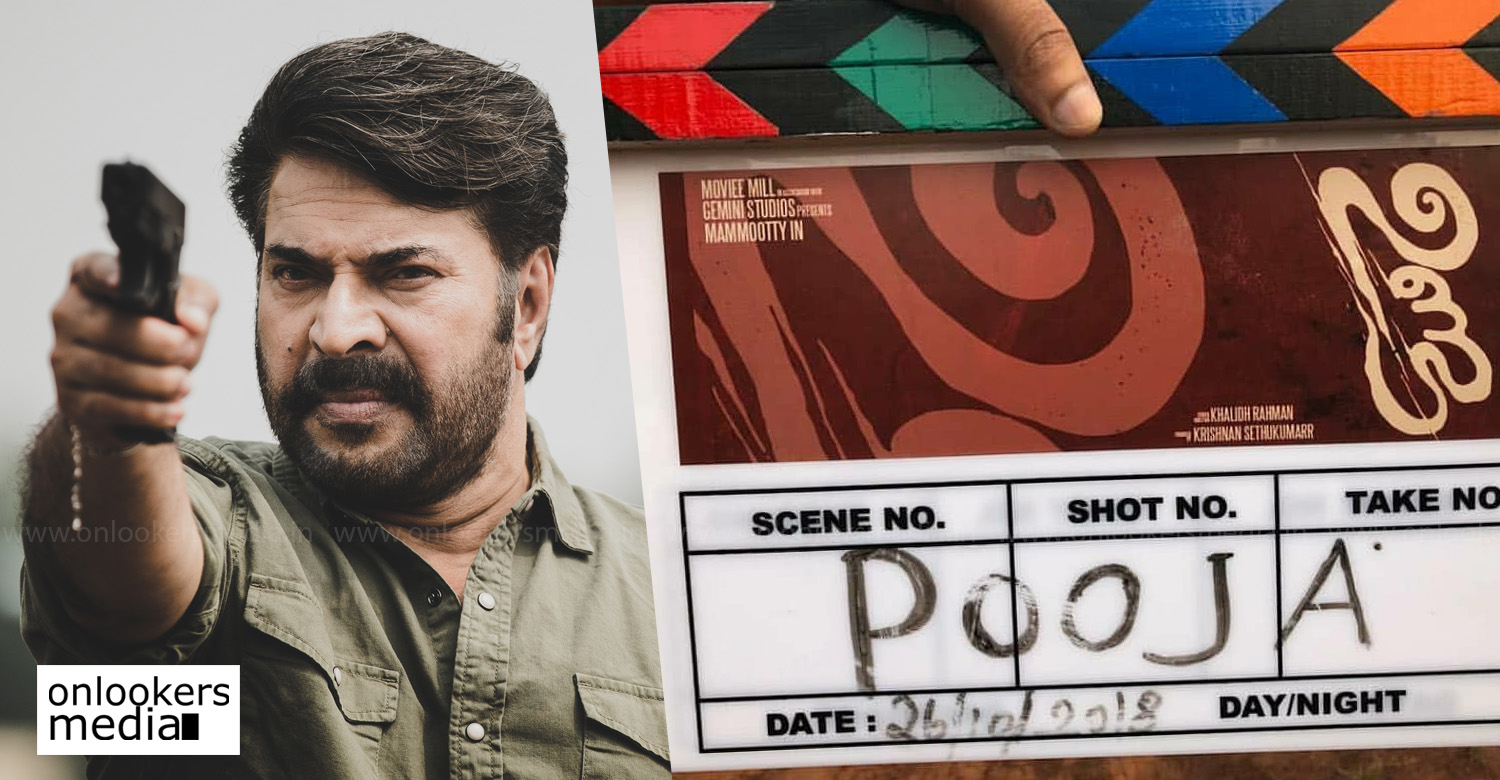 As we has reported earlier, Mammootty is teaming up with ‘Anuraga Karikkin Vellam’ (AKV) fame Khalid Rahman for an action-comedy entertainer. The movie titled as ‘Unda’ went on floors today in Kasaragod. Almost all the cast and crew members were present for the pooja and switch on ceremony. Krishnan Sethukumar of Movie Mill is presenting the movie in association with Gemini Studio.

Unda has Mammootty playing the role of a police officer. Khalid Rahman has penned the story and screenplay is by Harshad. The movie showcases the events that occur when an unit of policemen from Kerala reach the Naxalite prone areas in North India for election duty.

While it was widely believed to be an action-packed mass entertainer, the makers have confirmed it as an action-comedy. Mammootty, as Sub-inspector Mani, will be appearing in a fun cop avatar in the movie. The cast also includes Shine Tom Chacko, Jacob Gregory, Sudhi Koppa, Arjun Ashokan, Dileesh Pothan, and Alencier Ley Lopez in supporting roles.