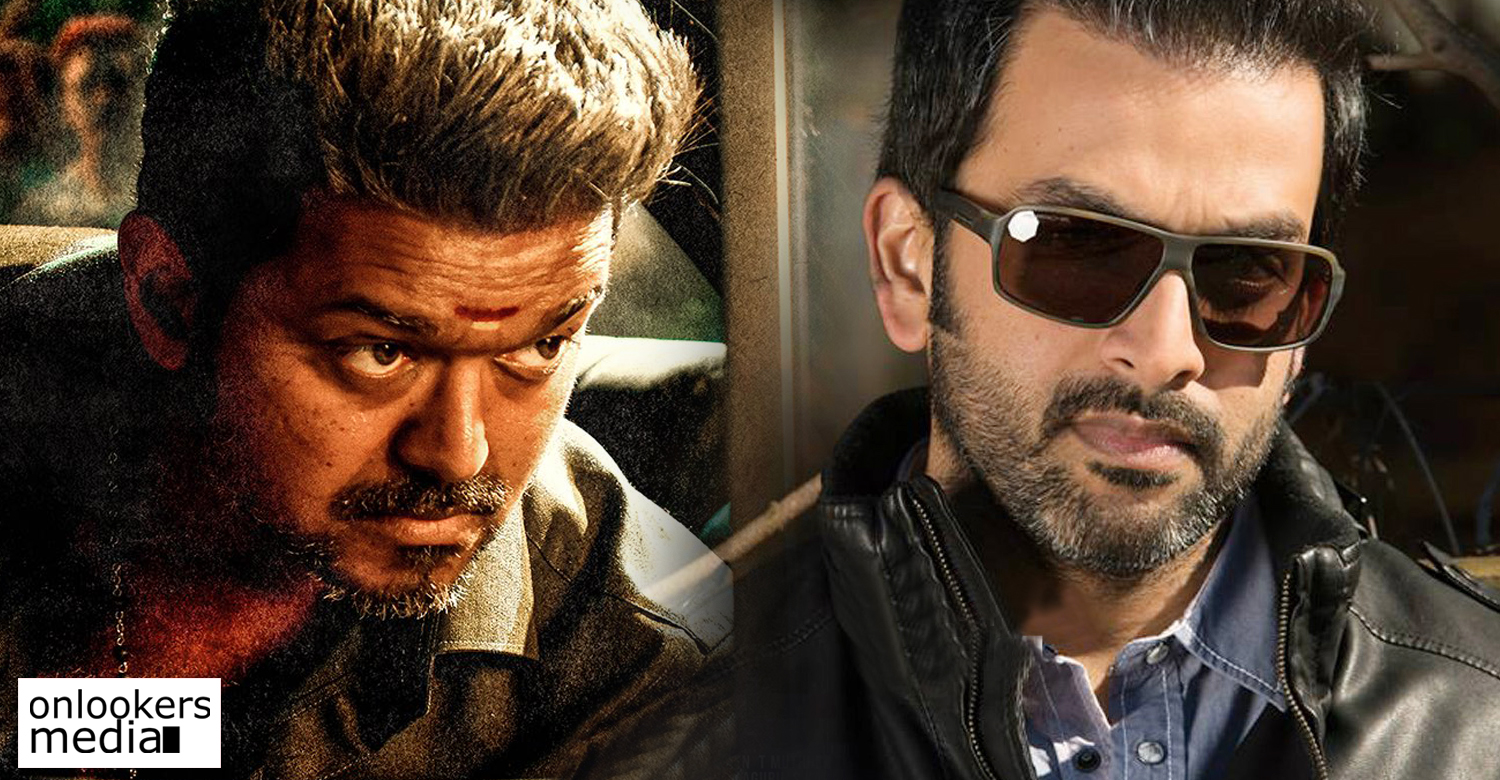 For the last few days, there have been a lot of confusion about the Kerala release of Vijay’s highly anticipated film ‘Bigil’. Several leading distributors from Kerala were in race for bagging the rights. Finally, Prithviraj Productions and Listin Stephen’s Magic Frames have inked the deal. They will be releasing the film together in Kerala.

To all #Vijay fans out there! #PrithvirajProductions and #MagicFrames bring you the #Atlee directed magnum opus #Bigil , produced by #AGS and starring the one and only #ThalapathyVijay all over Kerala this Diwali!
#BigilDiwali

Meanwhile, the much awaited trailer of ‘Bigil’ will be out today at 6 PM. The film has Vijay appearing in a dual role. Apparently, the star plays the roles of a gangster father and a football enthusiast son, who later becomes a coach. Nayanthara is paired with Vijay in the film. Jackie Shroff, Kathir, Yogi Babu, Vivek, Indhuja, Varsha Bollamma, Reba Monica John, Daniel Balaji and Anand Raj are also part of the supporting cast.

‘Bigil’ is scheduled for a grand Diwali release later this month.