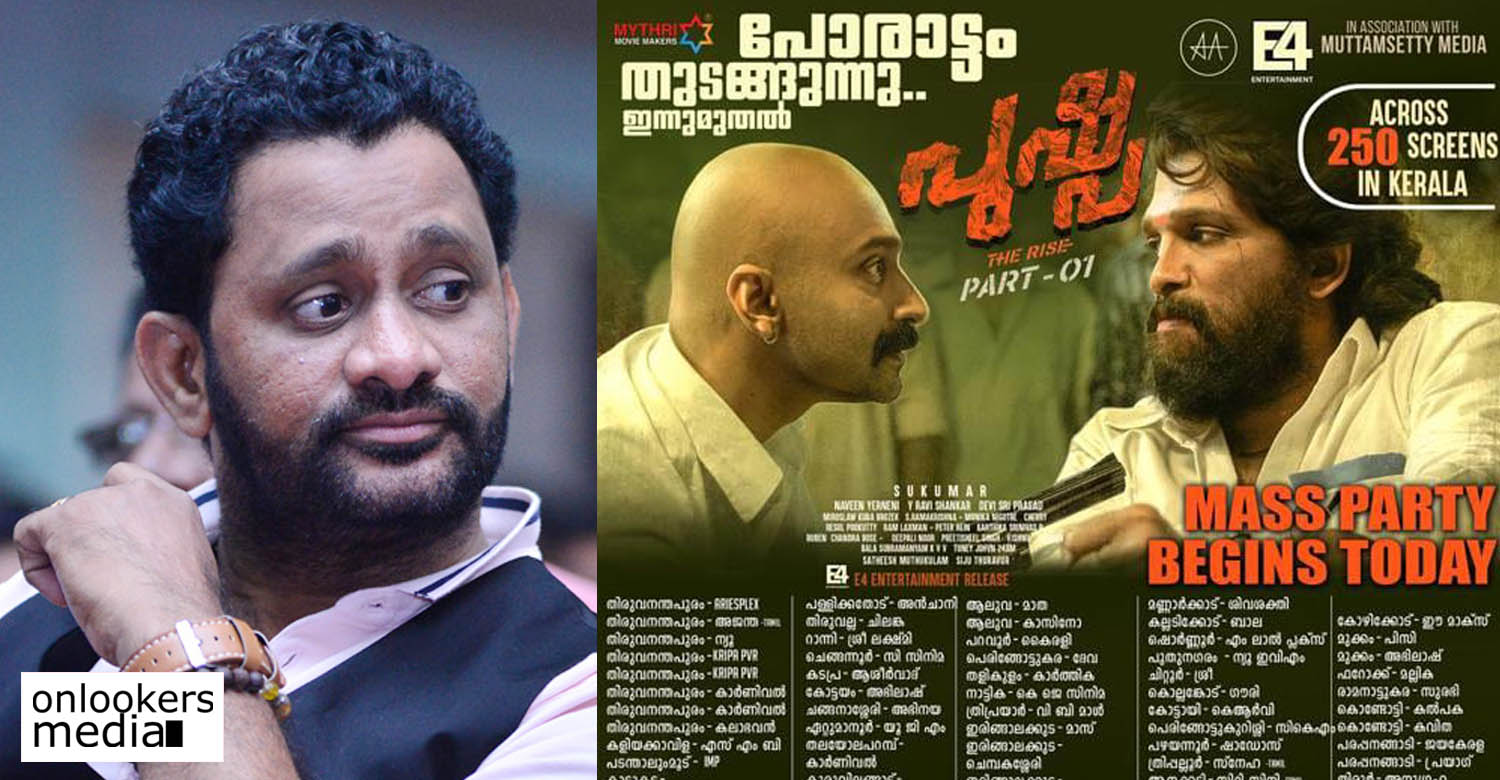 Amidst massive expectations, the Allu Arjun-starer ‘Pushpa: The Rise – Part 1’ got worldwide today. Directed by Sukumar, the film stars Rashmika Mandanna, Fahadh Faasil, Sunil, Anasuya Baradwaj and a host of other stars. Samantha makes a special appearance in a song sequence. The film had huge hype right from the time it was announced as Allu Arjun’s first pan-Indian outing.

The makers had planned a simultaneous release in Tamil, Telugu, Malayalam and Hindi. However, due to a last minute mix up, release of the Malayalam version had to be pushed by one day. Scroes of Allu Arjun’s fans in Kerala have been disappointed by the postponing.

Resul Pookuty, who handles the sound department of ‘Pushpa’, clarified why they had to delay the release. He blamed a bug in the system and the lack of time for the mess up. His tweets read,

We used a new and faster method to generate the mix files…all our tests results were good but due to a bug in the software we found the final prints were drifted.. and I did not want to give an out of sync picture to the fans of @alluarjun and @iamRashmika They deserve a better.

We didn’t get time to QC the mix before we send it to print due to time pressure, because of a bug in the system it ran into sync issues and other audio glitches, hence the delay in the #MalayalamReleaseOfPushpa we rectified the problem and prints are on its way…@MythriOfficial