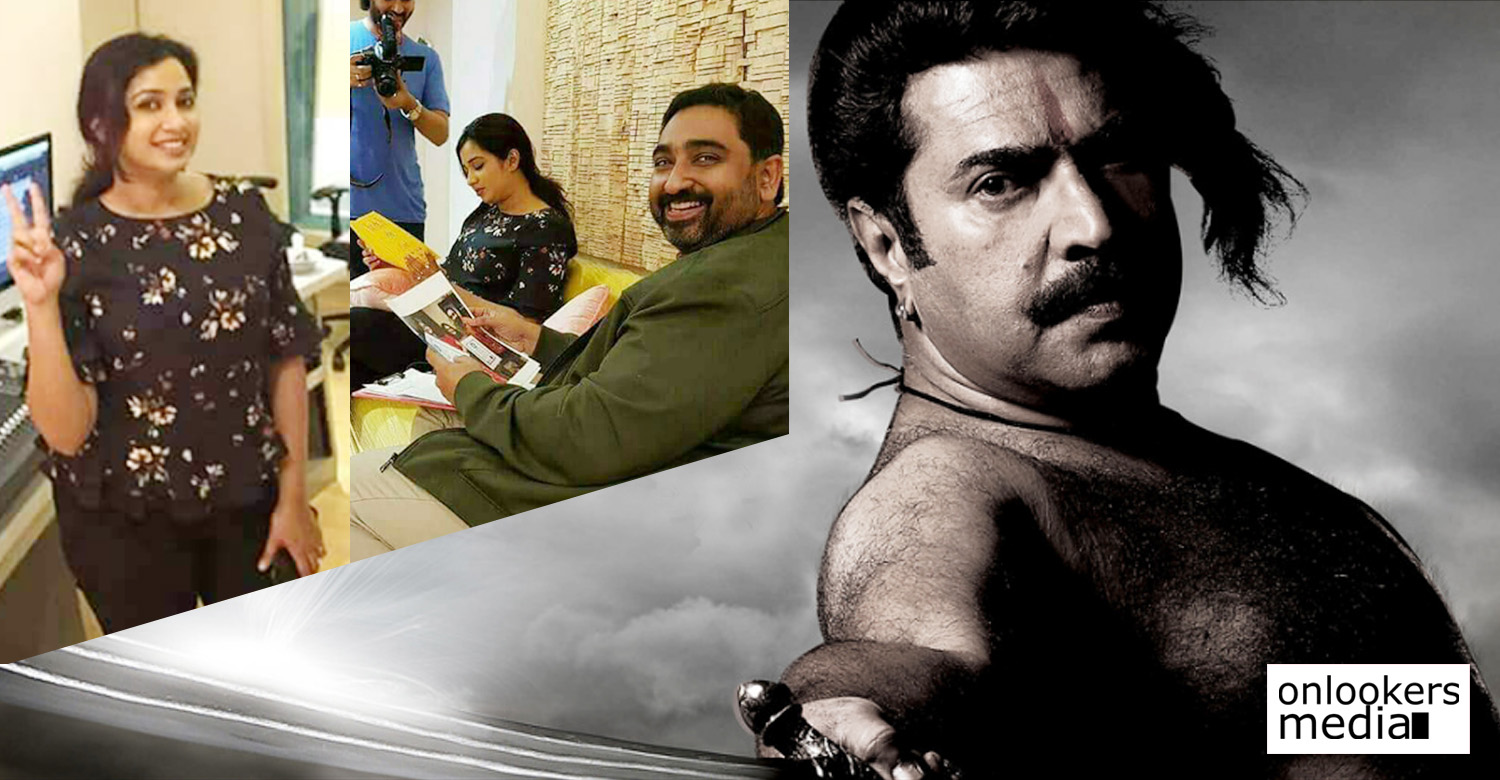 One of the country’s leading playback singers, Shreya Ghoshal has lent her voice for the upcoming Malayalam movie Mamankam. Veteran composer M Jayachandran, with whom Shreya has collaborated for many memorable tracks, recorded her song for Mamankam last day. The movie directed by Sajeev Pillai is an epic historic-drama made on a massive scale.

Mamankam is one of the most hyped Malayalam movies in recent years. The movie marks the directorial debut of Sajeev Pillai, who is a former associate of Adoor Gopalakrishnan. Sajeev has scripted the movie after doing research works for nearly 12 years. Venu Kunnampilly of Kavya Films is funding this highly ambitious project.

Apart from Mammootty, top stars from other industries will also be part of the movie. The female lead’s part will be played by a Bollywood actress while a young star from Tamil industry will be seen as the second hero. Neeraj Madhav, ‘Queen’ fame Dhruv, Sunil Sukhada, Meghanathan and Sohan Seenulal are already part of the supporting cast. Its technical crew includes cinematographer Ganesh Rajavelu a.k.a Jim Ganesh, action choreographer Kaecha and VFX supervisor Kamala Kannan, who has worked in several big projects in South Indian cinema.

Mamankam team is currently on a schedule break. The first schedule, which was wrapped up in February, was a brief one lasting for around the 15 days. The team shot for some important portions including a few action blocks. As per trustworthy reports, the second leg of shoot will kick-start by the first week of May.

There is a martial artist inside Mohanlal: Rosshan Andrrews
Fahadh Faasil to play the villain in Shane Nigam’s next!
To Top