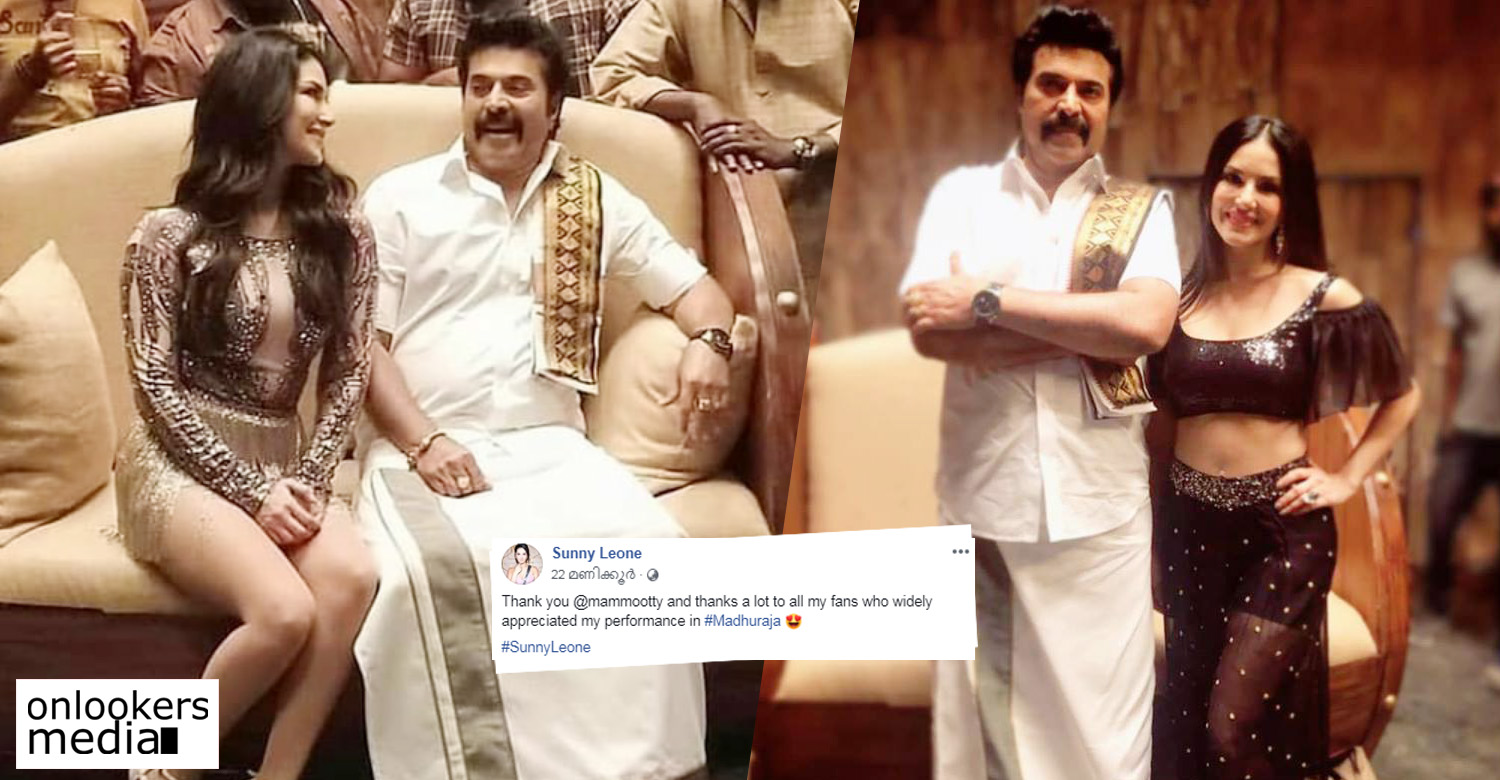 Mammootty’s starrer ‘Madhura Raja’ continues to do well in its second week of theatrical run with good collections all over. The movie is having good occupancy in almost all major centres across Kerala. It has already crossed the Rs 30 crore mark and is soon expected to enter the 50 crore club (gross). Family audience have take a particular liking for the movie as it delivered exactly what it promised – an out and out mass entertainer for this festival season.

‘Madhura Raja’ directed by Vysakh is the spiritual successor to the 2009 superhit film ‘Pokkiriraja’. Along with Mammootty, the movie has a big supporting cast. Bollywood actress Sunny Leone made her Malayalam debut with the movie. She performed a special dance number along with Mammootty, Jai and others.

Last day, Sunny Leone took to her official social media handle to thank Mammootty and fans for praising her performance in ‘Madhura Raja’. Along with sharing a photo taken with Mammootty, she has written,

Celebrities excited about Mohanlal turning a director!!
Mammootty’s next with Ajai Vasudev to start rolling in August
To Top