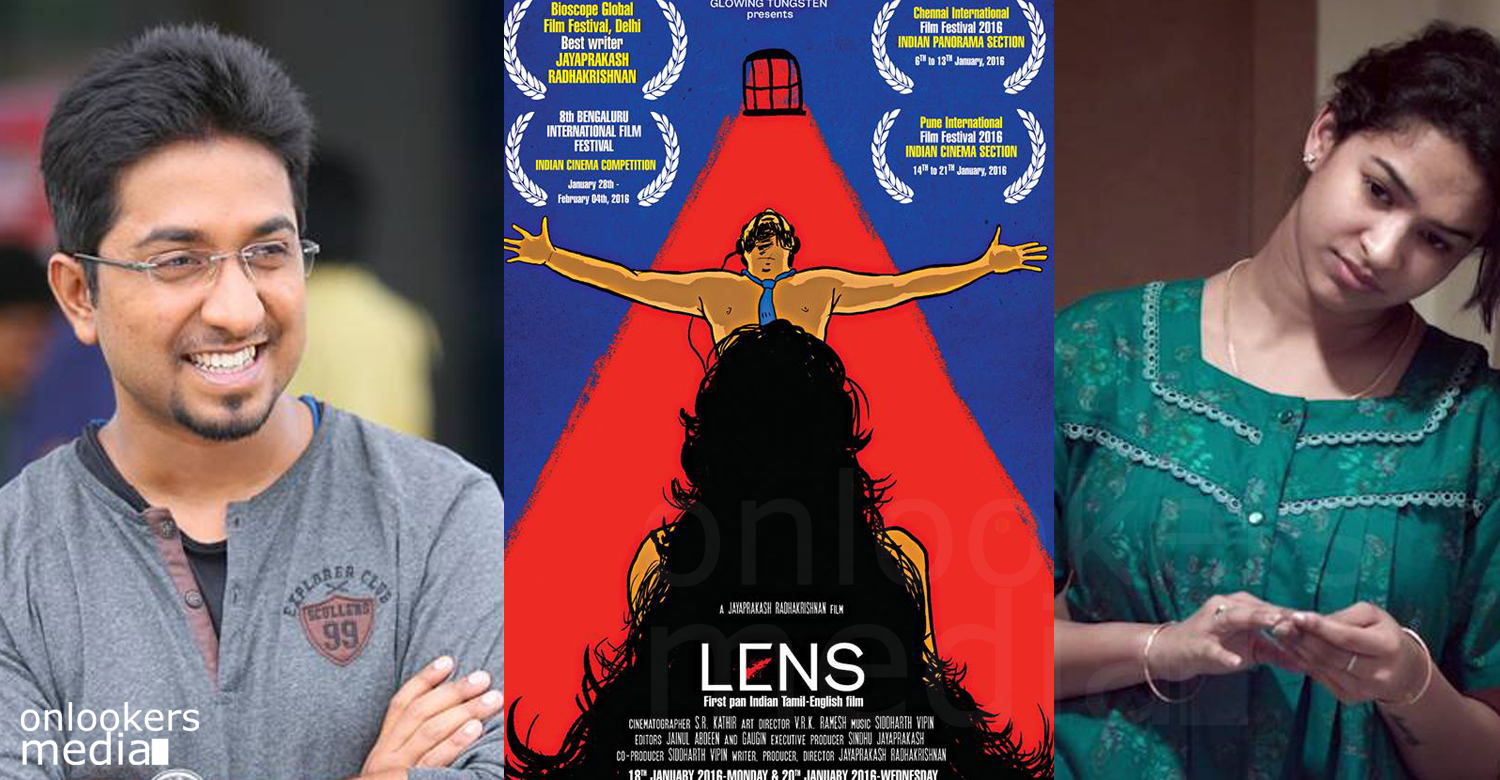 Lens, this low budget Malayalam movie coming from a new and young team made to the news headlines in Mollywood, when master director Lal Jose had took up the responsibility of distributing it in selected screens here in Kerala. Lal Jose said that he loved the film as he saw its preview and felt that such a socially relevant and well-crafted film have to come before a large section of audience.

That is why he took up the distribution of this film directed by debutant Jayaprakash Radhakrishnan. The film will hit the screens on June 17 here in Kerala. Now, actor/director/writer Vineeth Sreenivasan also came out through his Facebook page, praising this film.

Vineeth Sreenivasan thanked the director Jayaprakash Radhakrishnan for making arrangements for him to watch this film even before its release. Vineeth said that he want to tell more and more about the film as it really excited him. But it will not be proper to do such a detailed review of the film as it is not yet released. But he said that this is a must watch film for the young generation here who is more or less addicted to internet and social media.

He says that the film is gritty, honest and it will haunt you once you finishes watching it. Vineeth said in his Facebook post that, he hope more and more people will watch the film once it arrives in theaters and he thanked LJ films for the effort they are taking to release this movie here in Kerala. He also wished all the very best to the entire team of the film.