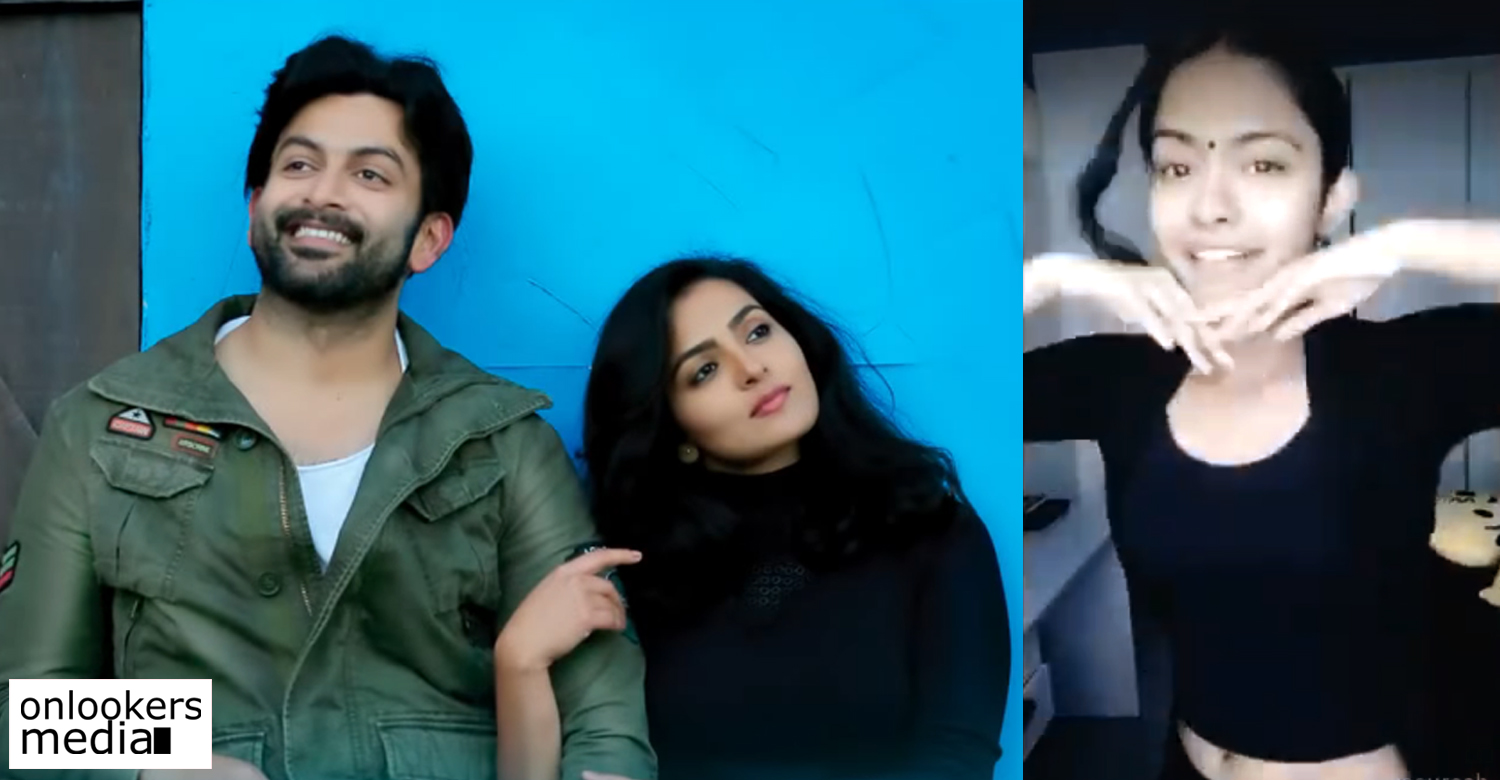 Prithviraj starrer My Story’s new song ‘Pathungi’ is getting good response in social medias. Many have come up cover versions and dubsmash videos for this peppy number rendered by Benny Dayal and composed by Shaan Rahman. One of the most impressive among them is the one by Aishwarya Suresh, a budding actress who is making her debut with the upcoming movie Kaly.

Aishwarya Suresh’s version of the ‘Pathungi’ song is trending virally in social medias. Her energetic performance has even caught the attention of the composer Shaan Rahman, who has shared it in his Facebook page.

And it has started coming in. First one from Aiswarya Suresh. Heroine of the movie “Kali”. #mystory #pathungipathungi#musicwilltriumph

Aishwarya’s other similar dubsmash vidoes have also been getting great response from her social media followers. Her debut movie Kaly, a teenage story directed by debutant, Najeem Koya, has her playing one of the leads alongside Shebin Benson, Shalu Rahim and Vidhya. First song from the movie ‘Poo Poothuvo’, composed by Rahul Raj, was released recently. Kali, funded by August Cinema is gearing up to hit screens.

Watch the trailer of Kunchacko Boban’s Shikkari Shambu
Watch the teaser of Mammootty’s Streetlights!
To Top