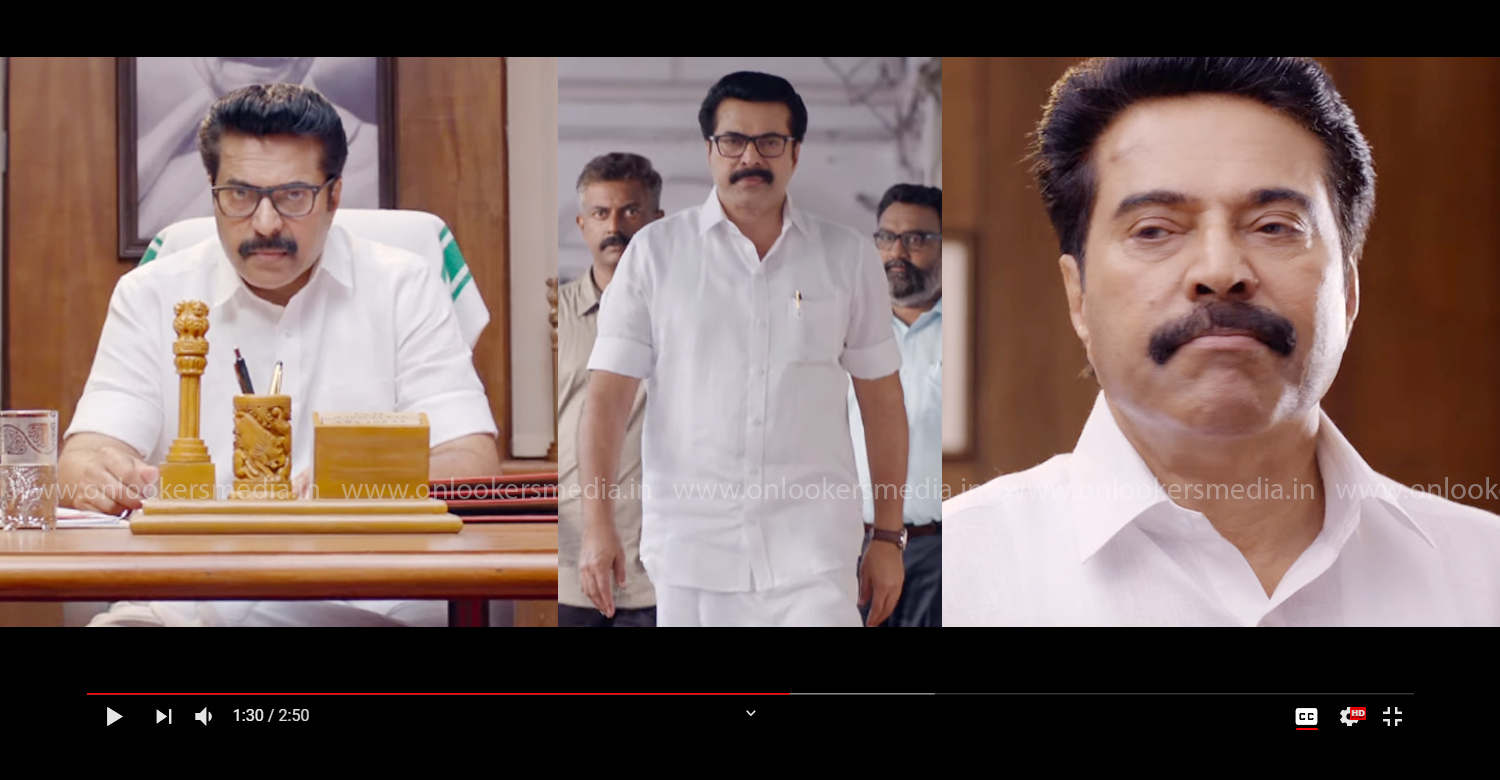 Mammootty’s ‘One’ is getting ready for release amidst high expectations. A new teaser of the film has just been released online. Like in the posters and the earlier released teaser, the superstar looks majestic and absolutely convincing while playing a politician. He essays the role of Kerala Chief Minister Kadakkal Chandran in the film.

‘One’ is directed by Santhosh Viswanath, who had made his debut with the spoof film ‘Chirakodinja Kinavukal’. Bobby and Sanjay are scripting the film, which is a political thriller inspired from some real life incidents.

On the technical side, Vaidy Somasundaram has cranker the camera and music department is handled by Gopi Sunder. Ichais Productions is producing the film and Anto Joseph Film Company is releasing it in Kerala. The makers have planned to release the film by the first week of April.