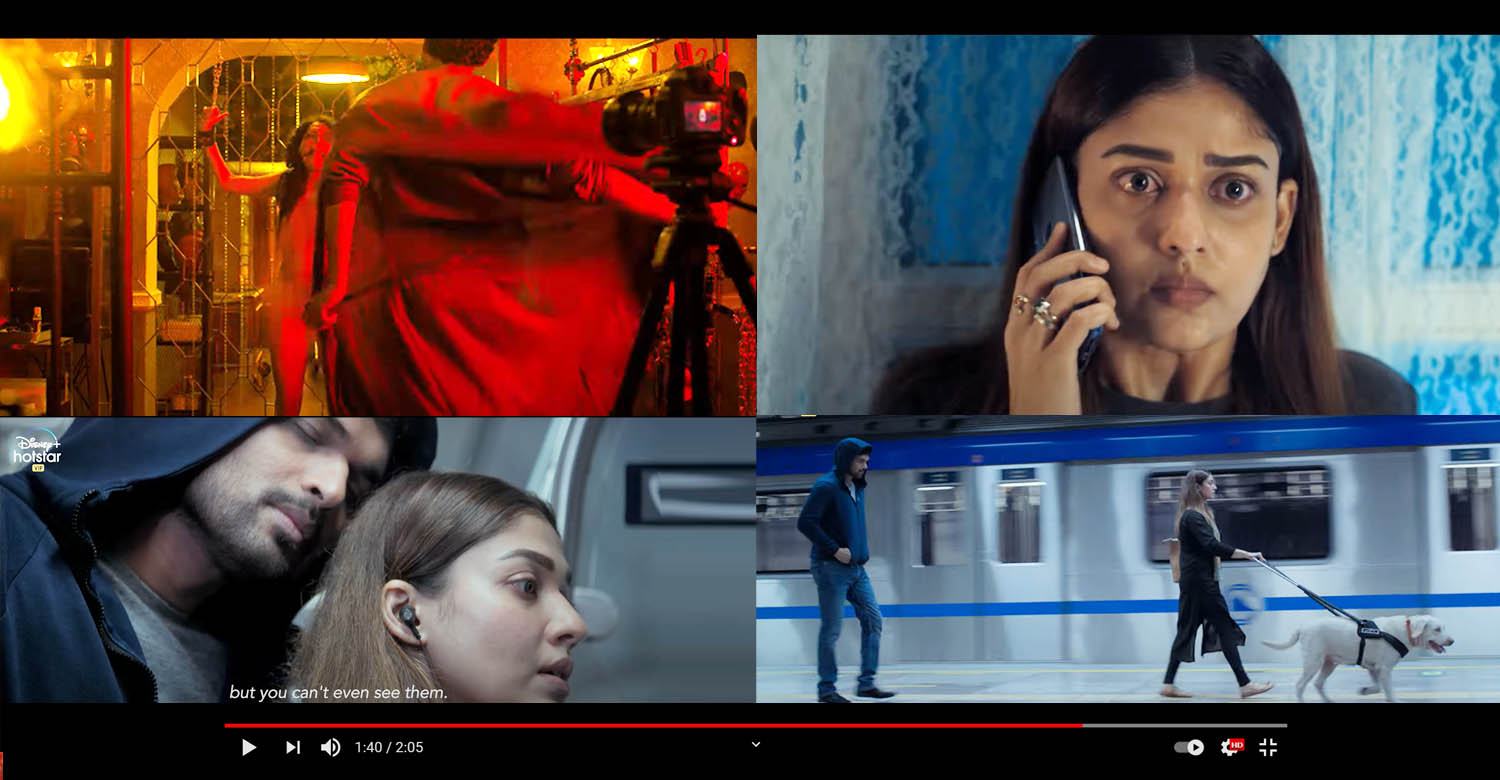 Netrikann trailer out; Nayanthara starrer promises to be an edge-of-the-seat thriller

The trailer of Nayanthara’s new film ‘Netrikann’ has been released online. Directed by Milind Rau of ‘Aval’ fame, the film promises to be a gripping thriller. Nayanthara’s character in the film is a blind person who has some other special skills. The story is about her hunt for a criminal who kidnaps and tortures young women. Ajmal plays the antagonist’s role.

‘Netrikann’ is said to be the official remake of ‘Blind’, a popular Korean thriller film. Its story is about a talented woman cadet at the police academy who loses her eye sight after a horrific car accident. Years later, she solves a murder case with the help of her dog and her strong skills in detecting senses.

‘Netrikann’ seems to have been adapted with slight changes in the script to suit the sensibilities of the Tamil audience. The film has cinematography by RD Rajasekhar, music by Girishh Gopalakrishnan and edits by Lawrence Kishore. Nayanthara’s boyfriend and filmmaker Vignesh Shivan is producing the film under the banner of Rowdy Pictures Pvt Ltd.

‘Netrikann’ will be releasing directly on Disney + Hotstar. It will streaming from August 13 in Tamil, Telugu, Kannada and Malayalam.

Check out the making video of Ayyappanum Koshiyum Telugu remake
First single from RRR out; Song released in 5 languages
To Top