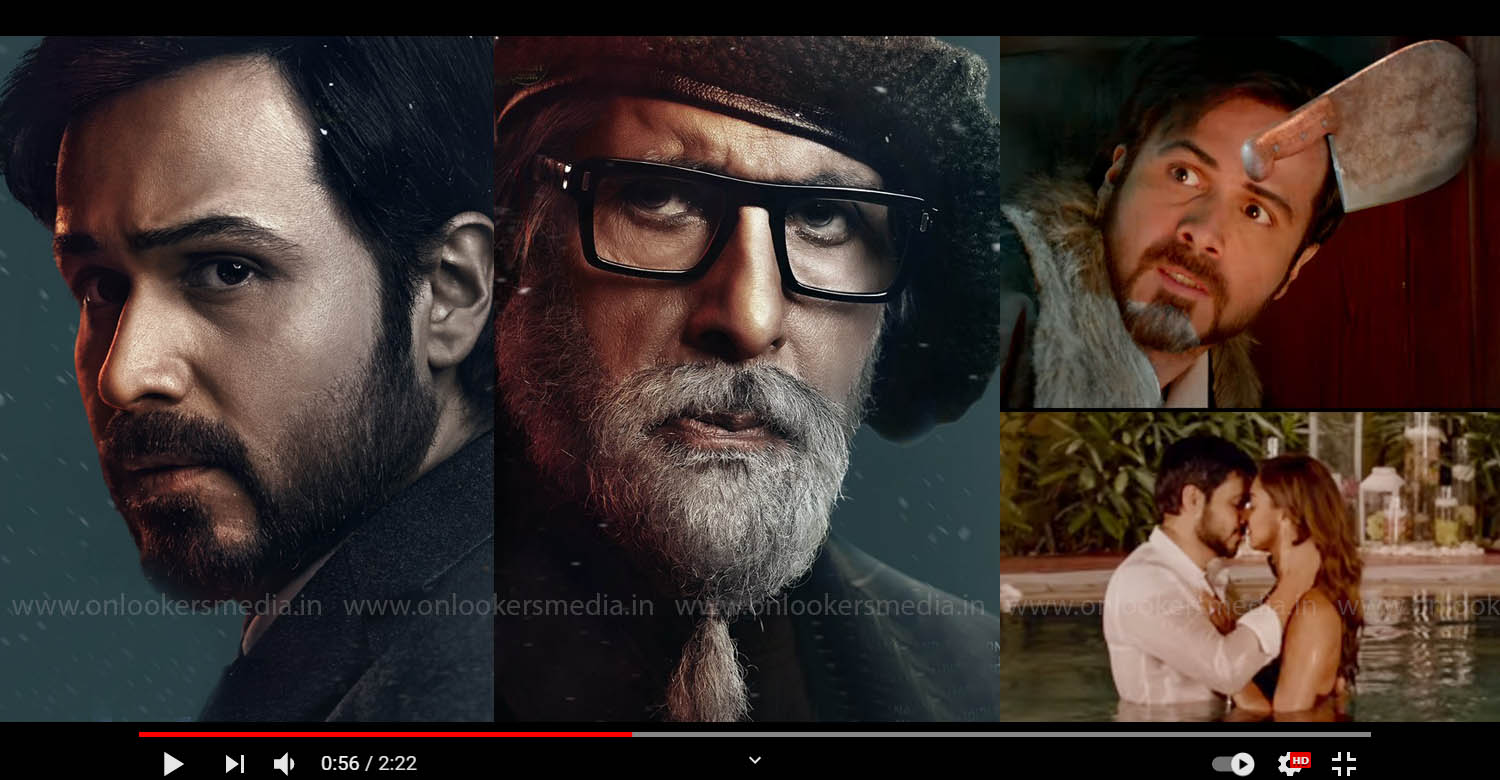 The trailer of the upcoming Bollywood film ‘Chehre​​’ has been released online. It stars Amitabh Bachchan and Emraan Hashmi as the leads. The film is directed by Rumy Jafry and produced by Anand Pandit Motion Pictures & Saraswati Entertainment Private Limited. From the trailer, the film looks like a thriller set in a huge mansion in a snowy hill region.

Ranjit Kapoor has scripted the film jointly with Rumy Jafry. The trailer shows Emraan Hashmi as an ad agency executive who takes shelter at Amitabh Bachchan’s home in the mountains amid a dangerous snow storm. Amitabh and a group of veterans hook Emraan up for a game of crime and punishment. While it is interesting and intriguing at first, Emraan soon finds himself trapped in their game.