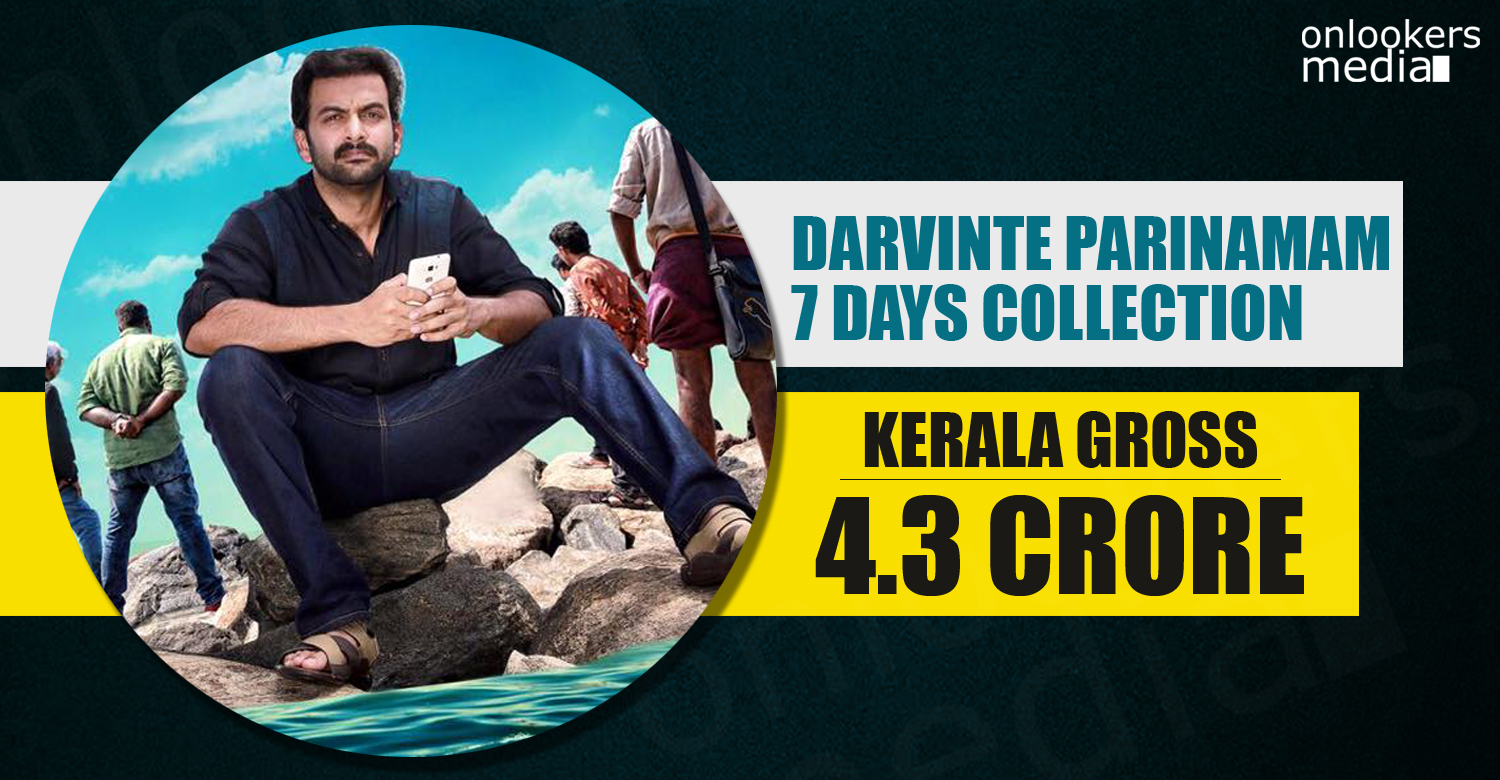 Jijo Antony directorial film Darvinte Parinamam (Darwinte Parinamam) which is produced and starred by Prithviraj Sukumaran is doing average business at box office. The film which released on March 18 had opened with mixed reviews and have to say that it does not get great number of positive reviews from the critics or from the common audience.

The high expectation from a Prithviraj film may have the reason for that. But the film had took a great opening at box office by raking in 1.48 crores in its first day from Kerala. As per reports coming from various sources, the first week collection of the film may touch rupees 4.3 crores.

After the huge first day opening, there was a considerable slump in collection due to mixed reports and the working days showed more drop because of the exam season that is going on all around Kerala. The film is produced by Prithviraj himself under the banner of August cinemas and the collection status of this film may be the lowest first week collection of recent Prithviraj films starting from Ennu Ninte Moideen.

From this week, other Summer releases will come including the films of Dulquer Salmaan, Dileep, Nivin Pauly etc and it will surely affect Darvinte Parinamam at box office.