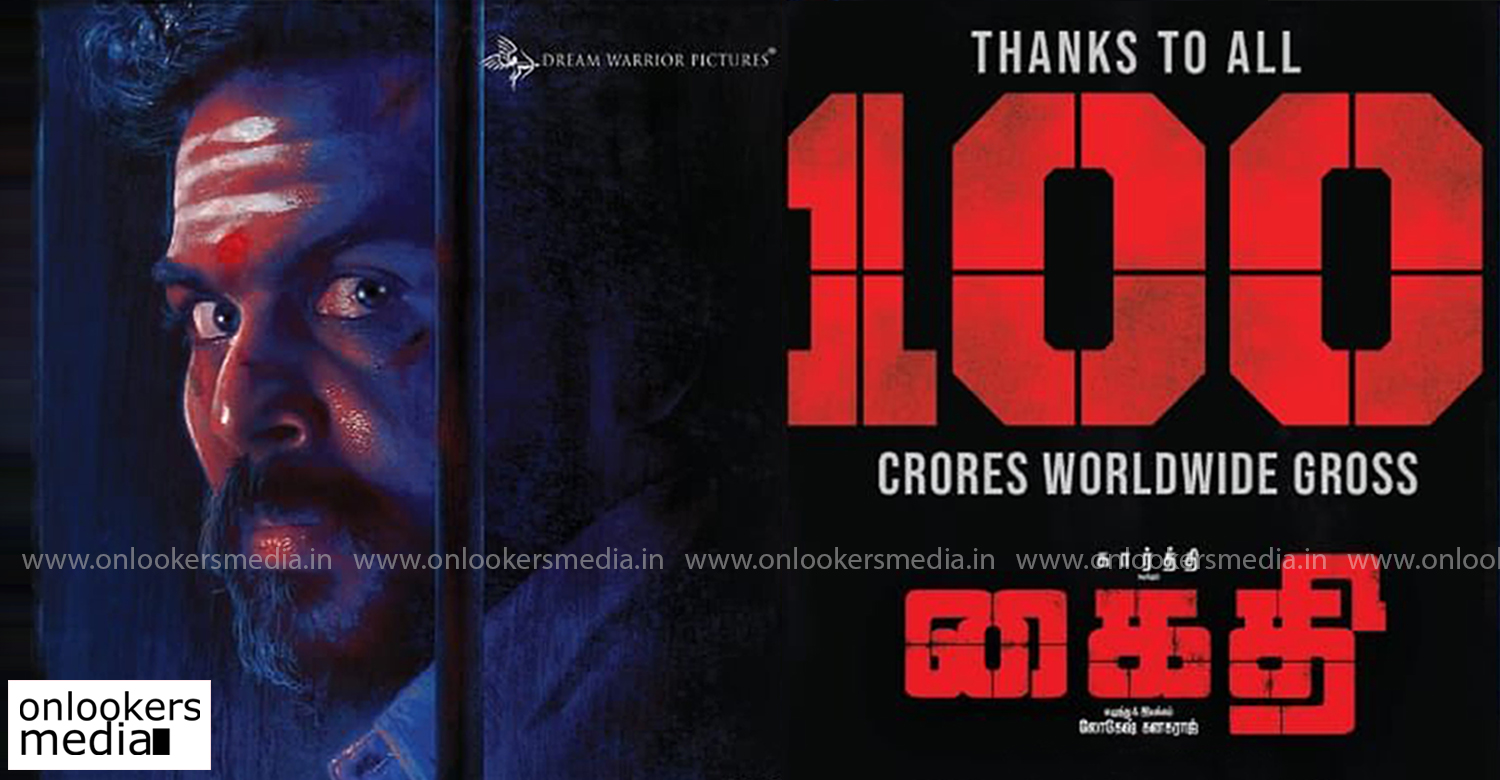 As expected, ‘Kaithi’ has crossed the Rs 100 crore mark from the worldwide collections and thereby becoming Karthi’s first film to enter the elite three figure mark club. Releasing last month for Diwali, the film opened to unanimously positive reviews both in the domestic and overseas territories. Since it was released alongside Vijay’s ‘Bigil’, the initial screen count was less but as the positive word of mouth spread, good number of screens were further added.

‘Kaithi’ directed by Lokesh Kanagaraj is an action film that’s devoid of the usual formulaic stuff. That no-nonsense approach makes the film unique. So this humungous success is truly special as it once again proves the fact that content is always the king. Several celebrities had come out heaping praise on the film and Lokesh’s filmmaking.

‘Kaithi’ did well not just in Tamil Nadu. Its Telugu version ‘Khaidi’ has also emerged as a big success and in Kerala, despite facing stiff competition from ‘Bigil’, it has already crossed the Rs 10 crore mark. It is also Karthi’s biggest grosser in the state.