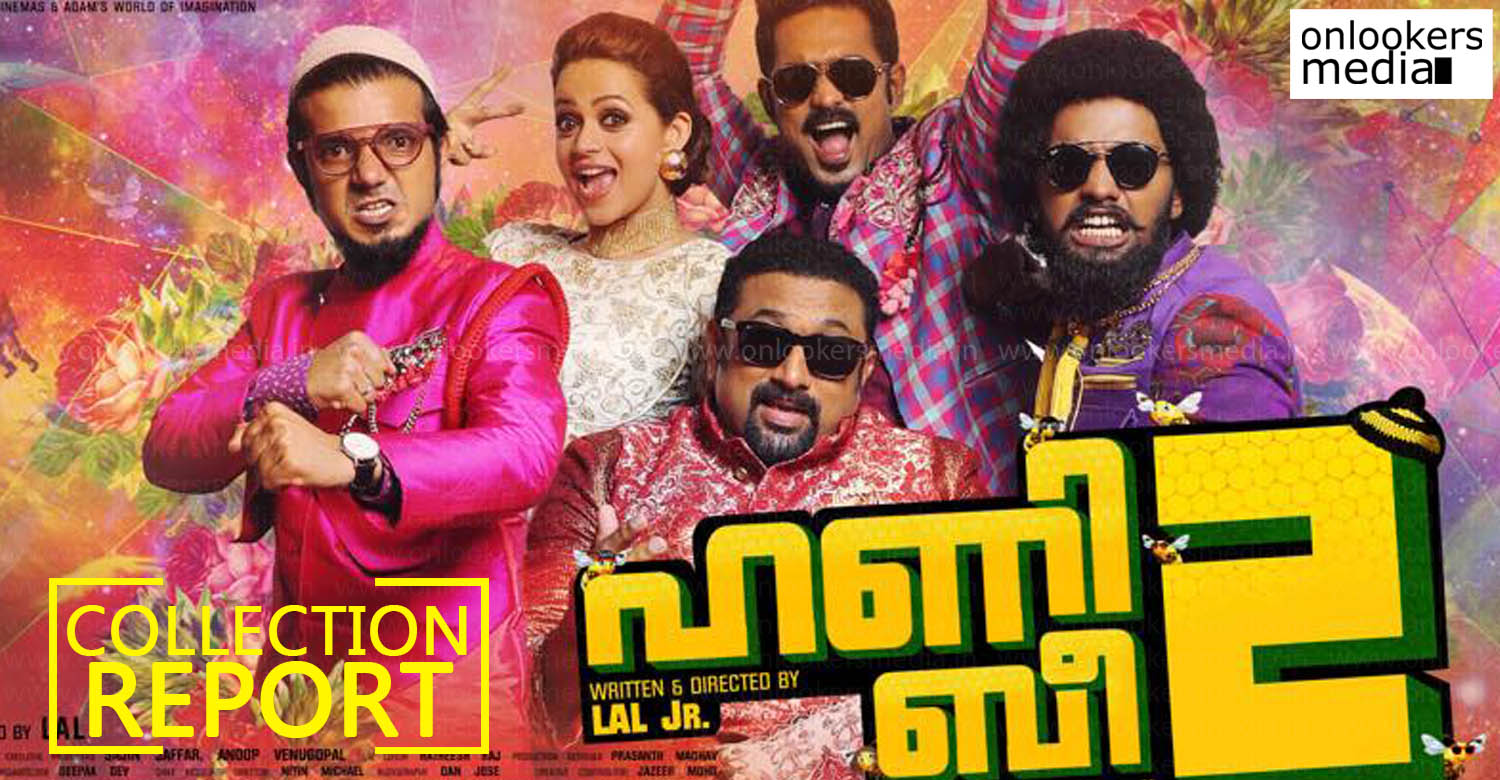 Honey Bee 2, the sequel for 2013 superhit movie Honey Bee had hit theatres recently. The first part was a great success among the youngsters and at the box office, but the second part had gone terribly down resulting in a flop at the box office.

As the movie is all set to leave the Kerala theaters it had collected only a very low gross of Rs. 3.9 crores from the screens released. The verdict for the flick among the audience was that it was a complete disaster. There is nothing in particular to be described as a positive in the flick, and a plenty for negative. It had tested the audience patience with a sentimental and meaningless storyline and plot. There was also nothing to be mentioned in performance level of each actor, all had just put in a silly and loose act.