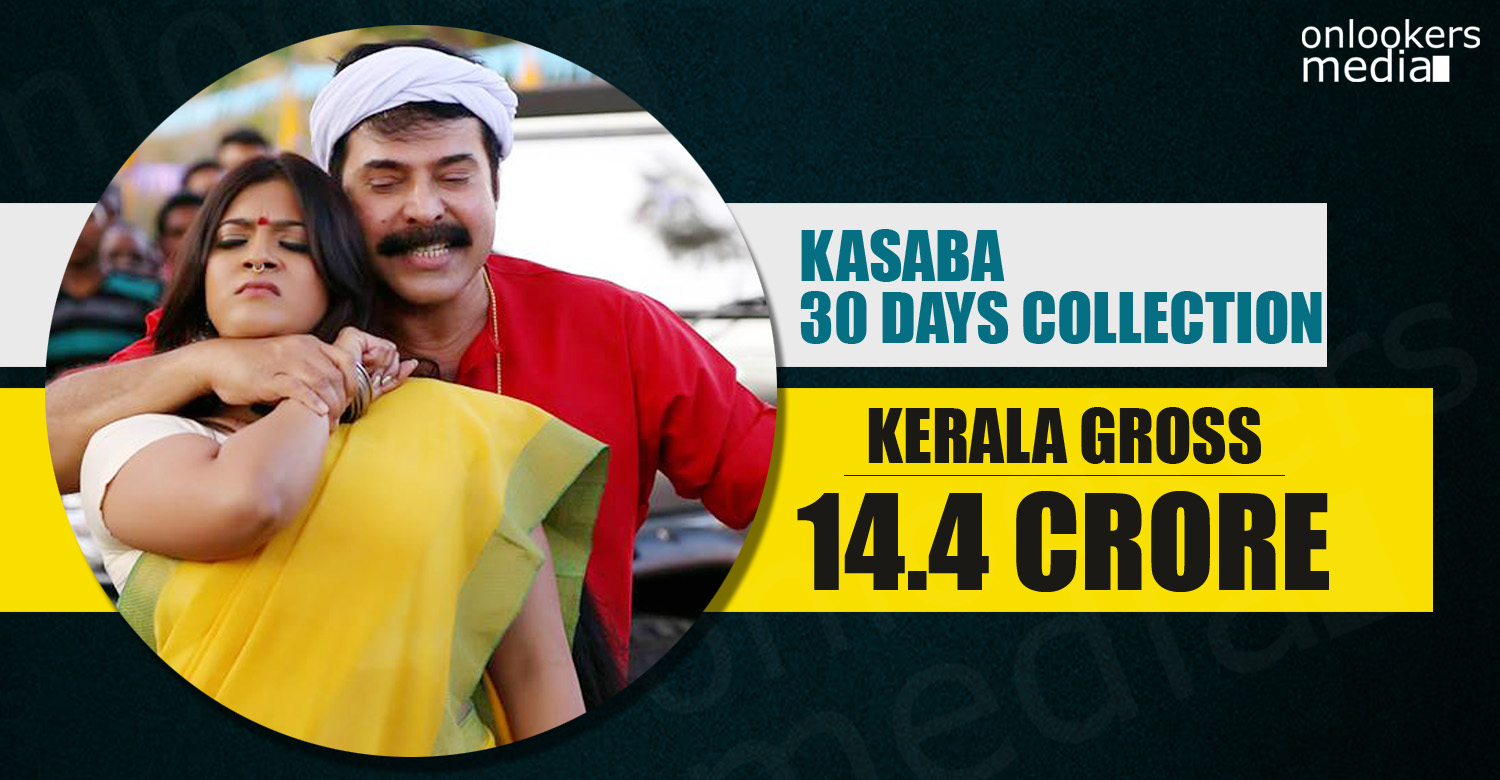 Mammootty starrer movie Kasaba directed by debutant Nithin Renji Panicker, is running in a few screens here in Kerala. It had given a very good box office performance despite losing many of its screens to Kabali and new releases in Malayalam. The film had completed 30 days here and the 30 days total gross collection from Kerala had touched 14.5 crore. The film had released in GCC area last week and showing very good performance there. The reports says that, when the overseas and domestic collection added together, then the movie may have touched 20 crore rupees as its total gross.

This was the biggest hit of Mammootty in recent years. Critics had raised their doubts on his box office power, specially, considering the performance of his movies in last 4-5 years, as he had failed to give a big box office success during this period.

But Mammootty had come back strongly with a box office success like Kasaba and proved that he still has the box office power with him. Kasaba had done well in box office even after getting mixed reviews. Alice George had bankrolled this project under the banner of Goodwill Entertainment.

Mammootty had played a cop role in it named CI Rajan Zakariah and TVaralakshmi Sarath Kumar had played female lead in it along with Kannada actress Neha Saxena.