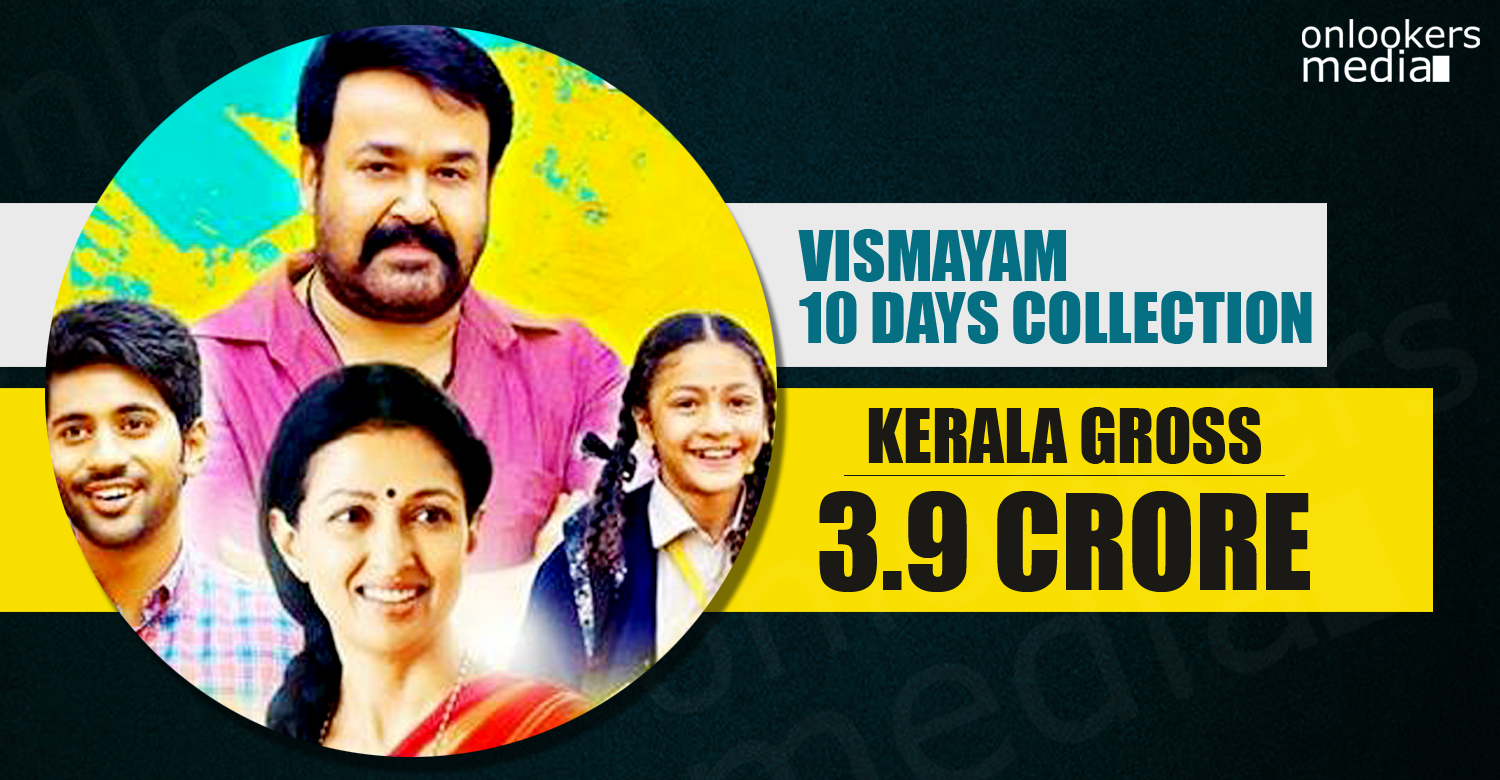 Mohanlal starrer Vismayam is still doing decent business here even through it witnessed great drop after the first weekend. The movie had also lost many screens as it was a bilingual movie. When other Malayalam movies released, this film was removed from many screens. But the film is doing decent at many centers now and getting some houseful shows on holidays and average occupancy on working days.

After completing 10 days at box office, the flick had earned 3.9 crore from here and it is a decent figure indeed for this movie. The Kerala rights of the film was bought for 1.25 crore and 22 lakhs was spent for print and publicity. Total 1.47 crore is the total amount spend by Maxlab owned by Mohanlal and Antony Perumbavoor to distribute the movie here. The film had already earned a distributor’s share near 1.5 crore.

Vismayam was scripted and directed by Chandra Sekhar Yeleti and the film had a Telugu and Tamil version as well along with the Malayalam version. Tamil version is Namadhu and Telugu version is titled as Manamantha. The flick had got superb reviews from all over and Mohanlal’s stunning performance as Sai Ram was the highlight of the movie.

The satellite right of the movie has been sold for a superb 6.8 crore and it was bought by Star Group.