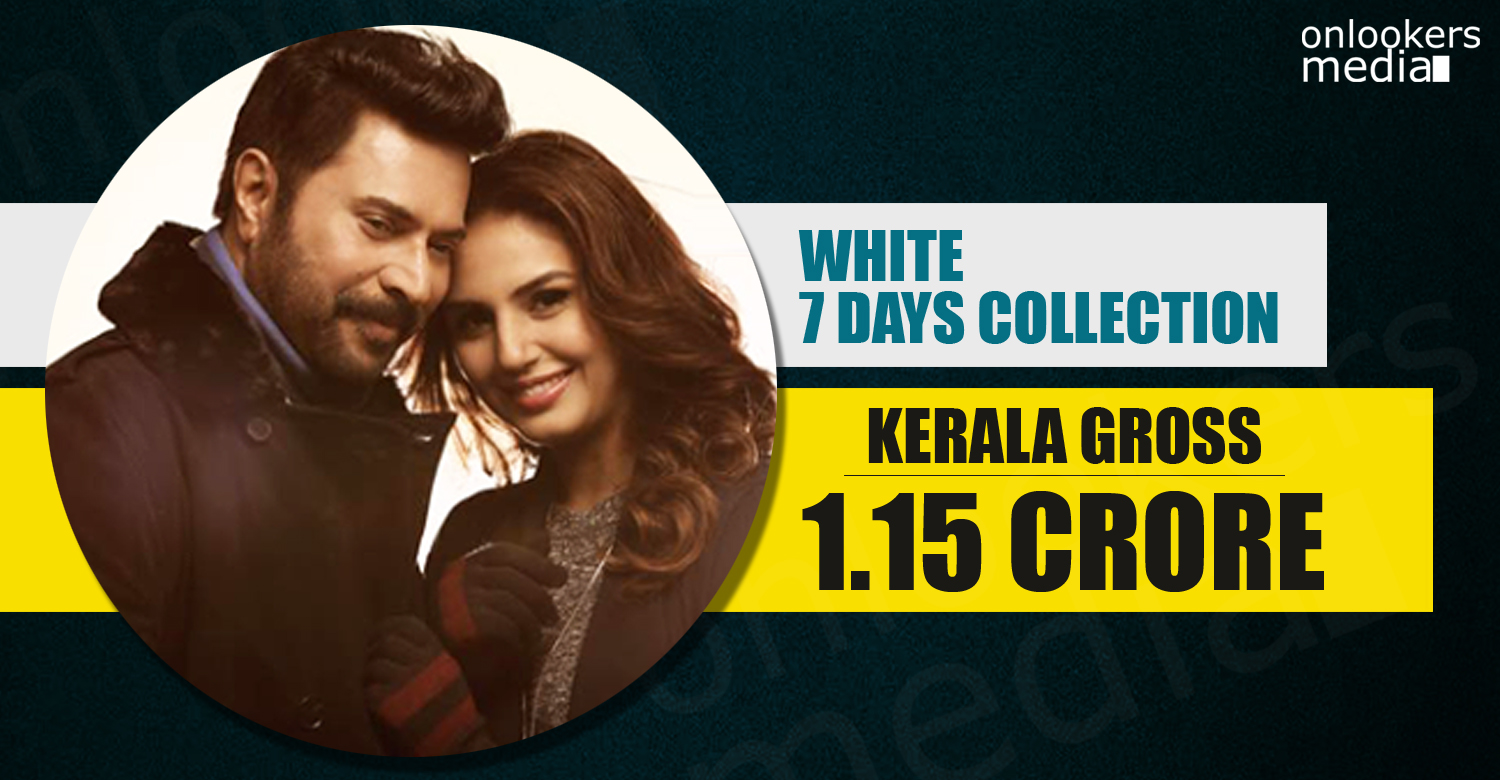 Mammootty starrer White had already become the biggest disaster of this year in Mollywood and now it is moving to the all-time biggest disaster as well here when we consider the movies of popular actors here in Mollywood. This film directed by Uday Ananthan bagged very bad reviews from its first day first show itself and never ever picked up any pace in box office.

The first day figure was just around 29 lakhs and the 4 day total figure earned by the movies was around 90 lakhs. After the completion of its first week, the film had only earned an amount near 1.15 crore from Kerala. The flick has not got even an average 10 lakh per day after the 4th day. The total share earned by the movie till now is only around 53 lakhs and now it is damn sure that it will not even get a share anywhere close to 1 crore.

Bollywood actress Huma Qureshi had played the female lead in it and artists like Shankar Ramakrishnan, Siddique, KPAC Lalitha, Sona Nair, Sunil Sugatha etc played minor characters in this flick. Rahul Raj had tuned the music for this movie and the DOP was Amarjeet Singh.

The film released in almost 95 screens here in Kerala had already lost 70-80% of its screens now.