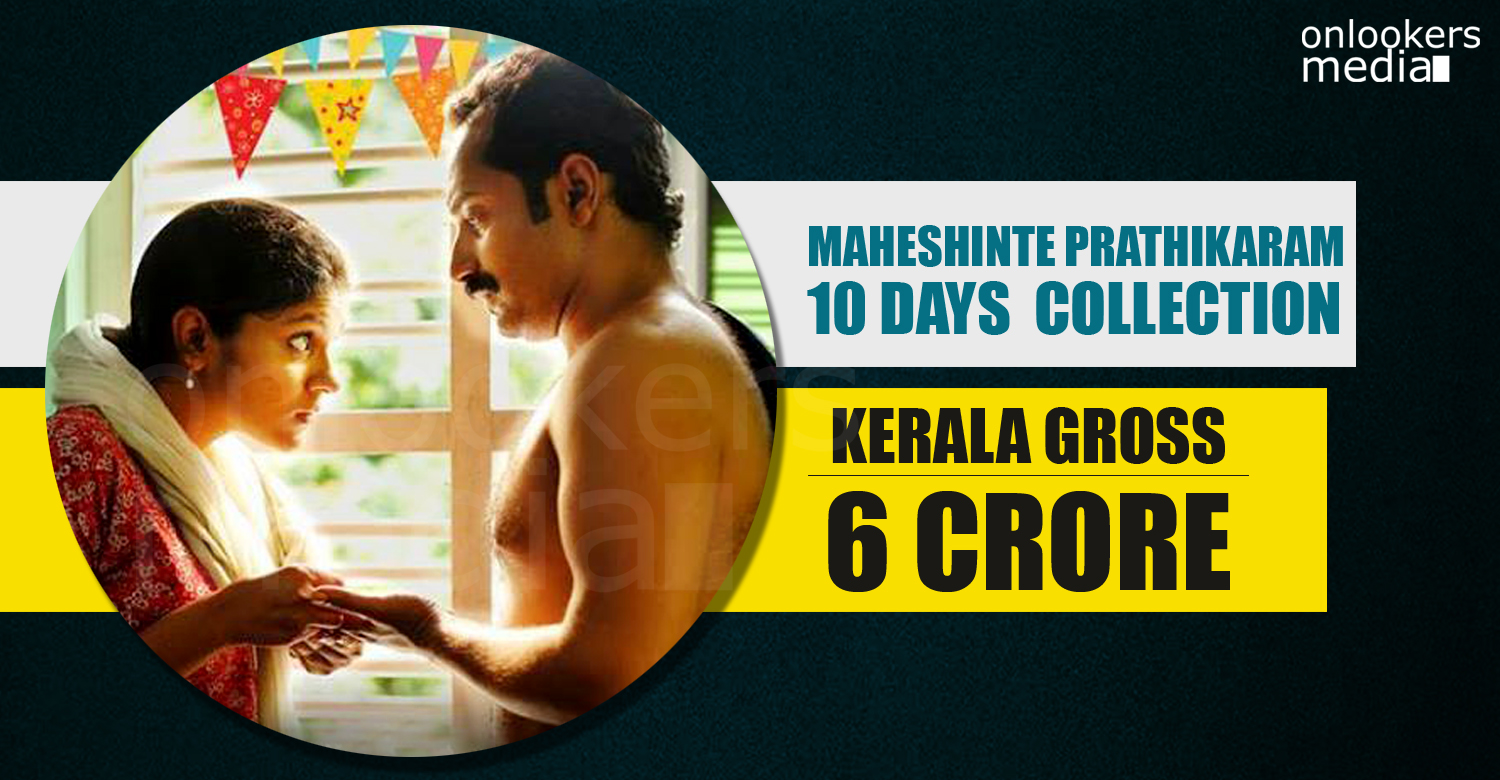 Fahad Fazil starrer flick Maheshinte Prathikaram is making the positive reviews count at box office as well. The film directed by Dileesh Pothen and produced by director Aashiq Abu is creating waves at Kerala box office. It is after a long time that a Fahad Fazil film is making such a great run in Box office. He was really going through a bad period after the gigantic success of the multi-starrer film Bangalore days in which he played one of the male leads along with Dulquer Salmaan and Nivin Pauly.

He had many failures and forgettable films as well later. But this year seems to have given him a great start with the critically acclaimed film named Monsoon Mangoes and now Maheshinte Prathikaram giving him the much awaited box office success he waited for. As per the latest collection reports, the film had raked in a figure above 6 crore rupees in just 10 days of its theatrical run here.

On its first day it had only done an average business collection around 60 or 70 lakhs. But then it really began to show its strength at box office and now become the best film till now in Mollywood as far as this year’s releases here are concerned. The film got great critical appreciation as well along with its commercial success. It had increased the number of screens from 68 to 88 in one week and as per reports it will increase to more screens by next week.

The film is blessed with a great script from Shyam Pushkaran and Dileesh Pothen had made his debut film a great one. The performances from new faces was one of the real highlights of this flick which reminds us of the vintage Mollywood films.