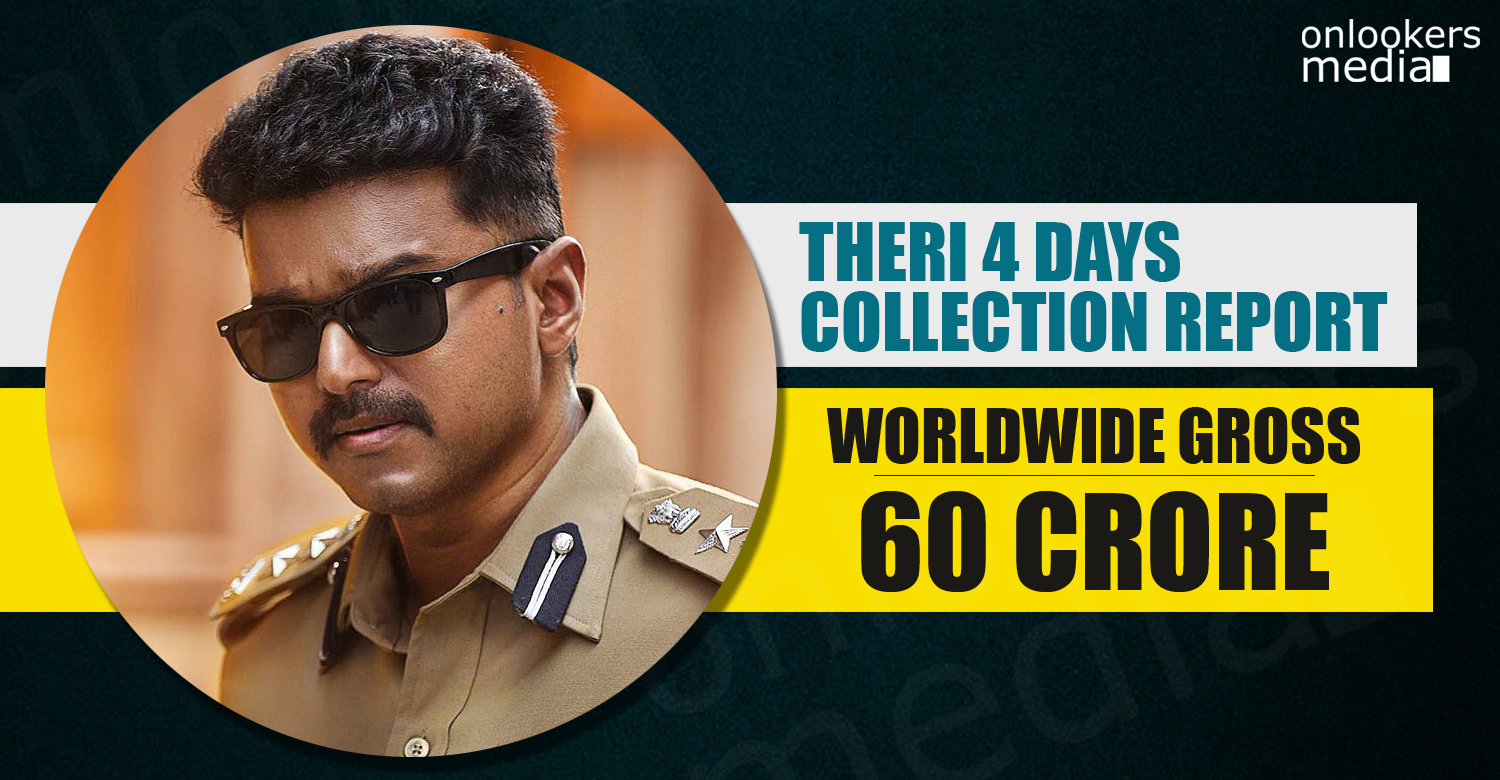 Theri is making it very big at worldwide box office as the film is getting great response from India and from outside as well. This Atlee directorial flick which had Ilaya Thalapathy Vijay playing the lead role as cop had already got good response from audience and is carrying on with steady collections at box office even though dropped a little bit everywhere.

On its first day it had got around 28 crores from worldwide and got more than 13 crore rupees from Tamil Nadu alone. But from the second day it showed drop and it is natural as there may not be much number of fans shows and extra shows there at the screens. After completing 4 days run at screens all over, the film had earned a figure above 60 crores from 4 days.

The second, third and fourth day of the film had reacted almost in the same way as the film had grossed around 10 crore all these days. That had took up the figure to more than 60 crores from worldwide. The film is getting great collection from Australia, US and UK.

The other areas from overseas market also shows decent response to the film in box office and it was a terrific come back from Vijay indeed. At many places it is all set to break the records set by Kaththi and Ajith’s Vedhalam as well.