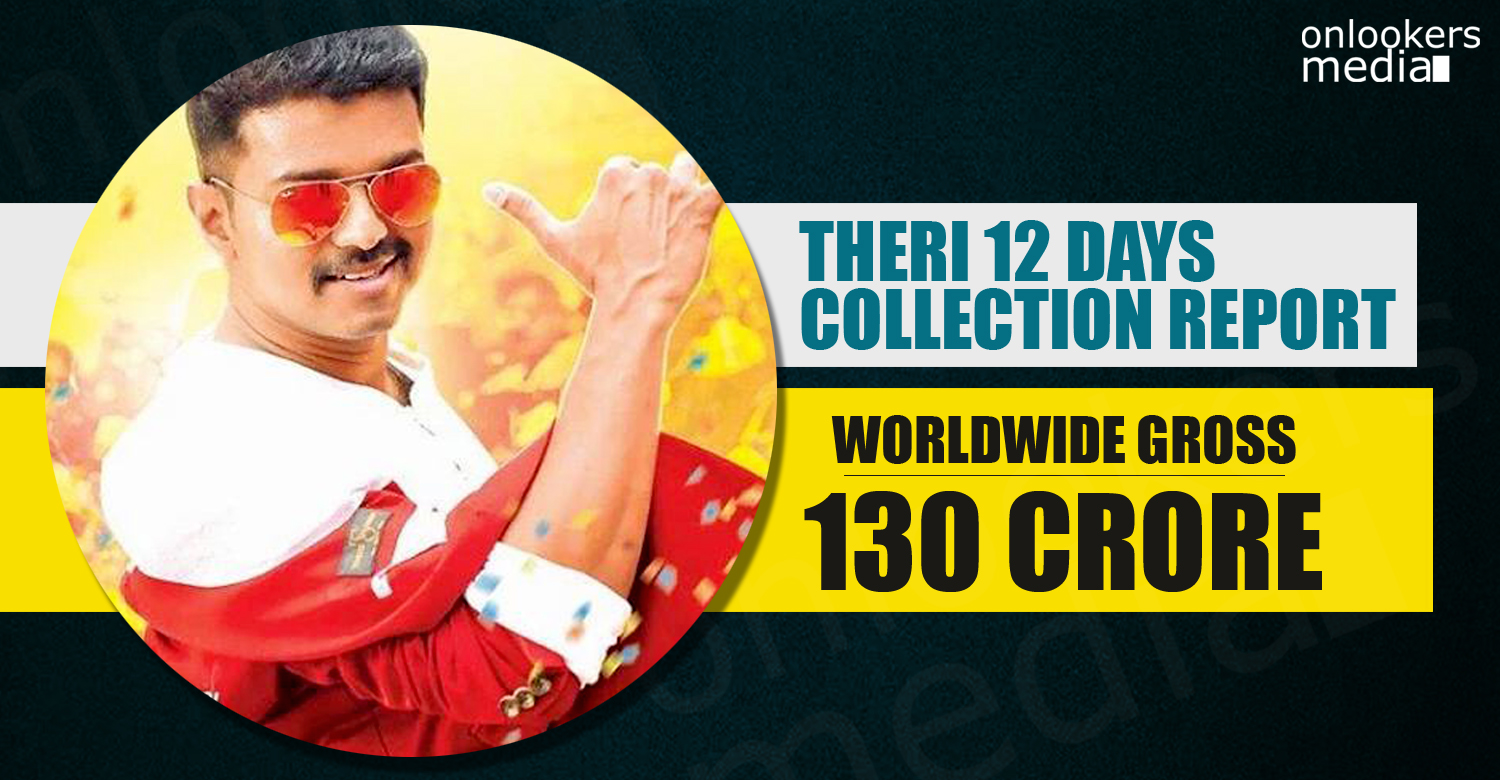 Theri, the Vijay starrer flick is doing very good in box office and the collection from overseas market is giving the film a definite edge over other big releases. The film had crossed the prestigious 100 crore mark in its first week itself and from overseas market it had raked in an amount close to 40 crore.

The domestic market as usual contributed big with an amount around 60 crores. Now, as per the latest collection report that is coming in, the film had grossed around 130 crore rupees in its 12 days of run worldwide.

The film is doing great in foreign countries like US, Canada, UK, Australia etc and it had already created some new collection records there for Tamil Cinema. It had earned close to 3.5 crores in UK and 2 crores in Australia. It had got better collection than many Bollywood films got this year in overseas market and that shows how well people accepted this commercial potboiler.

It is indeed a definitely a great comeback from Vijay after being criticized a lot for the disaster Puli, which released last year. Now, he has become the only south Indian actor with 3 100 crore collected movies in his kitty. Super Star Rajinikanth don’t have 3 films in that club and it shows the star power of Vijay.