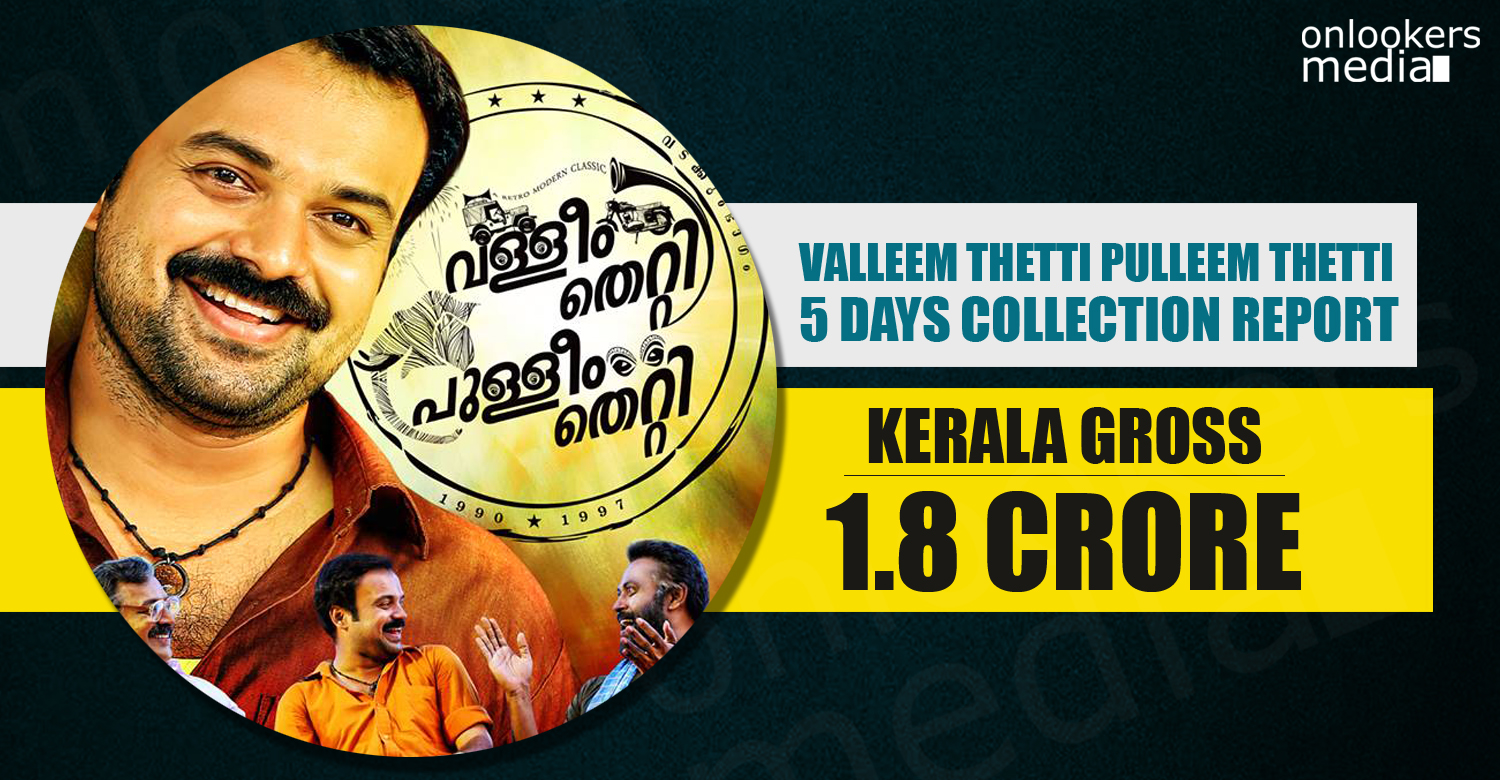 Kunchacko Boban starrer flick named Valleem Thetti Pulleem Thetti aka Valliyum Thetti Pulliyum Thetti had released on May 12th all over. Debutant Rishi Sivakumar had directed and written this film and it was produced by Faisal Latheef under Achappu Movie Magic. The film had created a fair amount of pre-release hype with its unique posters and a very promising trailer.

But in theaters it had opened to negative reviews and that affected its collections as well. As per the latest reports that is coming from the trade guides here, the film only managed to get a figure around 1.8 crore from Kerala in its 5 days of run here.

The negative word of mouth had affected the box office returns badly and heavy rain all over Kerala also become a factor. The film was an entertainer which can be a onetime watchable flick for family audience if they go without zero expectation. The performances of artists like Kunchacko Boban, Suresh Krishna, Manoj K Jayan, Aneesh G Menon, Krishna Sankar etc are is the highlight of this movie. The music by Soorej S Kuruppu also made it to the hit chart.

The share earned by the film is reaching only around 85-90 lakhs and we have to say that it had took a below average opening in box office.