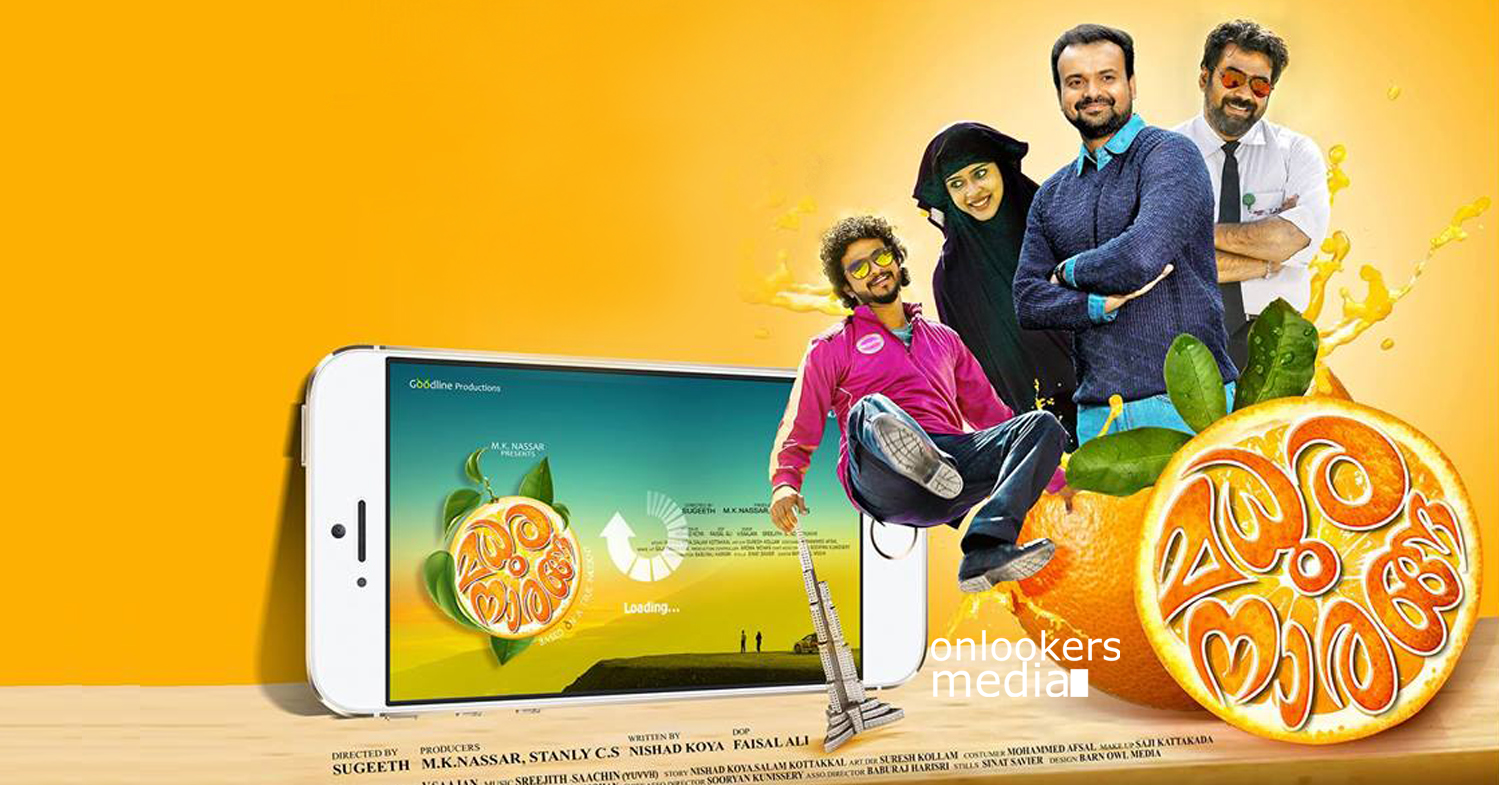 Ordinary was one of the major hits of the year it was released and it was 2012 to be precise. Directed by Sugeeth and scripted by Nishad K Koya and Manu Prasad the film also gave us a great success pair of Kunchacko Boban and Biju Menon. From that film they were considered as the lucky pair of Mollywood and they had done many films together as well and film like Romans conceived by Boban Samuel was also a super success with the presence of this pair. But failures were bound to happen and they took a gap after one or two failures and now all set to comeback strongly with the film named Madhura Naranga which was conceived by Sugeeth and all set to hit the screens here on this Ramzan.

This flick has been produced by M K Nasar and Stanley C S under their banner of Goodline productions. The story of the flick has been set in Sri lanka and Dubai and it tells a love story. The protagonists Jeevan and salim are working as taxi drivers and they have dreams to fulfill in their life. So they lives accordingly and they shares apartment with Kumar who is working in a super market. But unexpectedly a Srilankan girl named Thamara comes to their life and they were forced to accommodate her as well in their apartment. A young girls in an apartment with three bachelors creates lots of problems and that is the crux of the story along with it explores the social life, legal problems and facilities, employment in gulf countries.

Kunchacko Boban, Biju Menon, Neeraj Madhav and Parvathy Ratheesh respectively plays the roles of Jeevan, Salim, Kumar and Thamara. Apart from these artists, actors like Suraj Venjarammoodu, Saadique, Niyaz Becker also part of the romantic comedy film. Parvathy Ratheesh is the daughter of Late actor Ratheesh and this is her first film as well.

The screenplay of the film is written by Nishad Koya who is also the writer of Ordinary. The story is by salama kottakal in associatin with Nishad koya and the DOP is faisal ali. Sreejith Sachin is the one who composed music for this ramzan release.