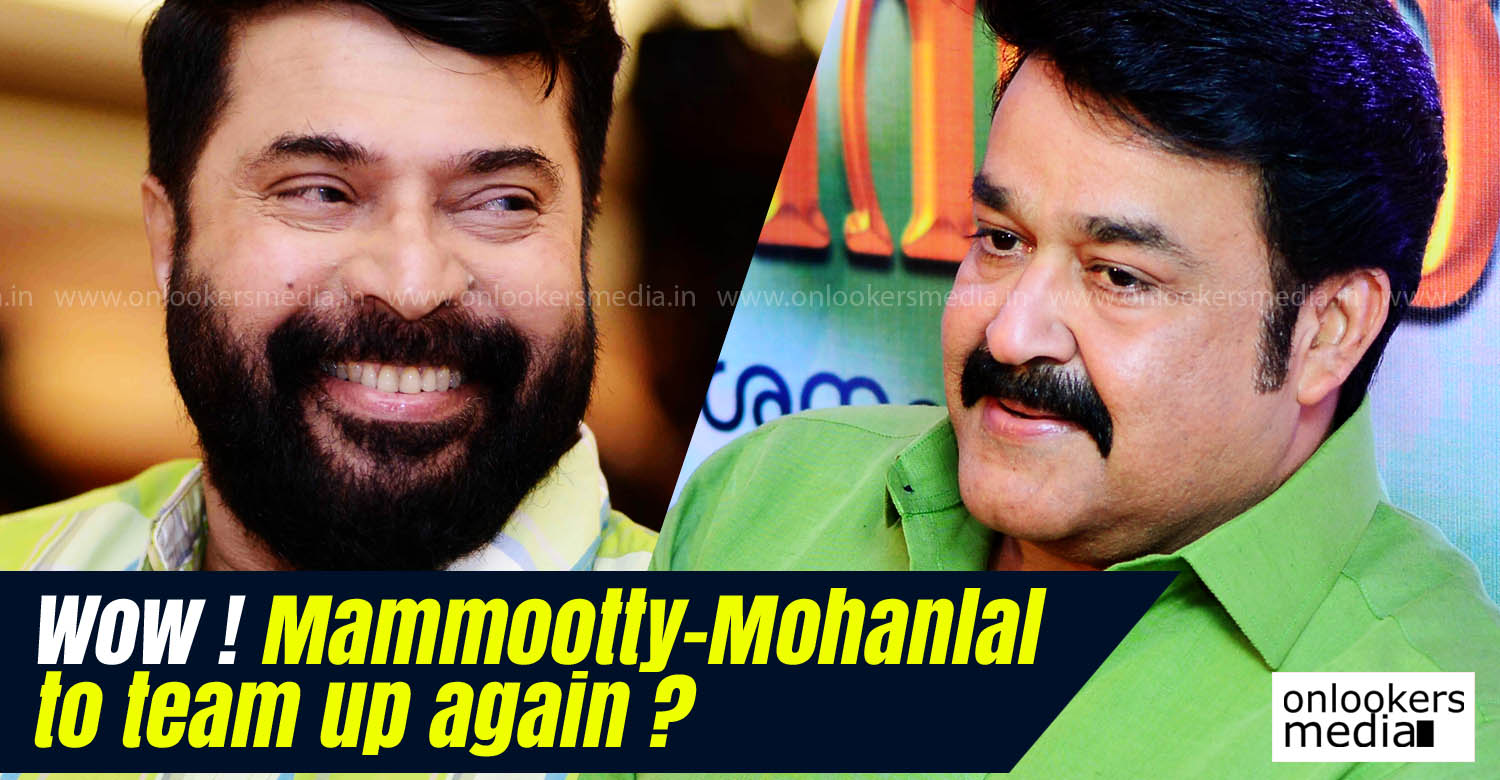 Wow ! Mohanlal-Mammootty to team up again ?

Rumours are doing the rounds that Big Ms of Mollywood, Complet Actor Mohanlal and Megastar Mammootty are teaming up again for a big budget movie.

Reportedly, the two will be joining together for the debut movie of popular script writer Udhayakrishna. The movie will be produced together by Antony Perumbavoor’s Aashiravad Cinemas and Anto Joseph’s Anto Joseph Film Company.

If these reports are true, then this movie will create waves in the box office across the state. Mohanlal and Mammootty has acted together in 55 movies before. Many of these movies like Harikrishnan, No.20 Madras Mail, Vartha, Adiyozhukukal have turned out into huge blockbusters.

Last time the two were seen sharing screen space was in Kadal Kadannoru Mathukutty where Mohanlal played himself in a guest appearance.

Udhayakrishna is on a high with the massive success of Pulimurugan. The movie is now the highest grosser in Malayalam cinema with a collection of around 130 crores and still continuing its glorious run.

He will be next scripting a movie with Dileep in the lead. Udhayakrishna is well known for his masala entertainers that will please the masses. So it will be mouthwatering to see Mohanlal and Mammootty sharing screen space again in a a mass entertainer.

Mohanlal-Shaji Kailas to team up for a Narasimham model mass entertainer ?
To Top