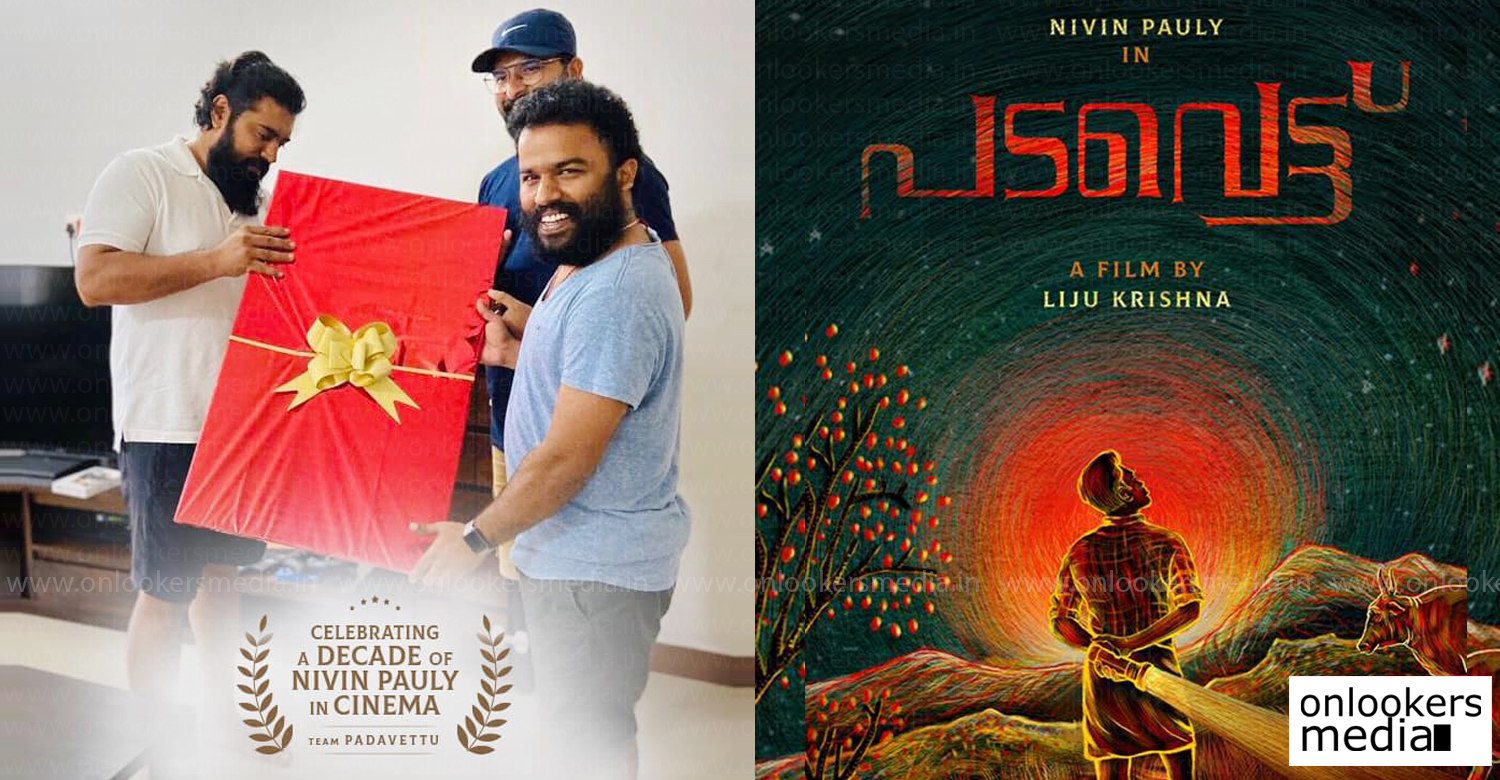 10 years of Nivin Pauly; Padavettu team has a surpise gift!

Last day marked the 10th anniversary of ‘Malarvadi Arts Club’, a film that introduced a bunch of talents to Malayalam cinema. Nivin Pauly, one of the biggest stars in the industry today, had also made his debut with it. So the actor is celebrating a decade in cinema this hear and it is indeed a special occasion. The makers of his upcoming film ‘Padavettu’ handed over a special gift for the star, which will be revealed soon.

The film’s director Liju Krishna took to his Facebook handle to share a photo and along with that, he also wrote,

Happily celebrating a decade of Nivin Pauly in Indian cinema.
A surprise gift from team Padavettu was given to Nivin as a token of cheers. What’s inside will be soon revealed… Keep connected.

‘Padavettu’ shoot is currently put on hold due to the restrictions. Around 75% of the portions have already been completed. Nivin will be seen in two different looks in the film. The actor had piled put on extra weight for the first schedule. In the next leg of shoot, which is expected to begin soon after the Corona crisis is over, he will be sporting a lean look. He has already shed around 10 kilos.

Nivin Pauly and Aishwarya Lekshmi to star in Bismi Special
Nithya Menen tries her hand in screenplay writing!
To Top