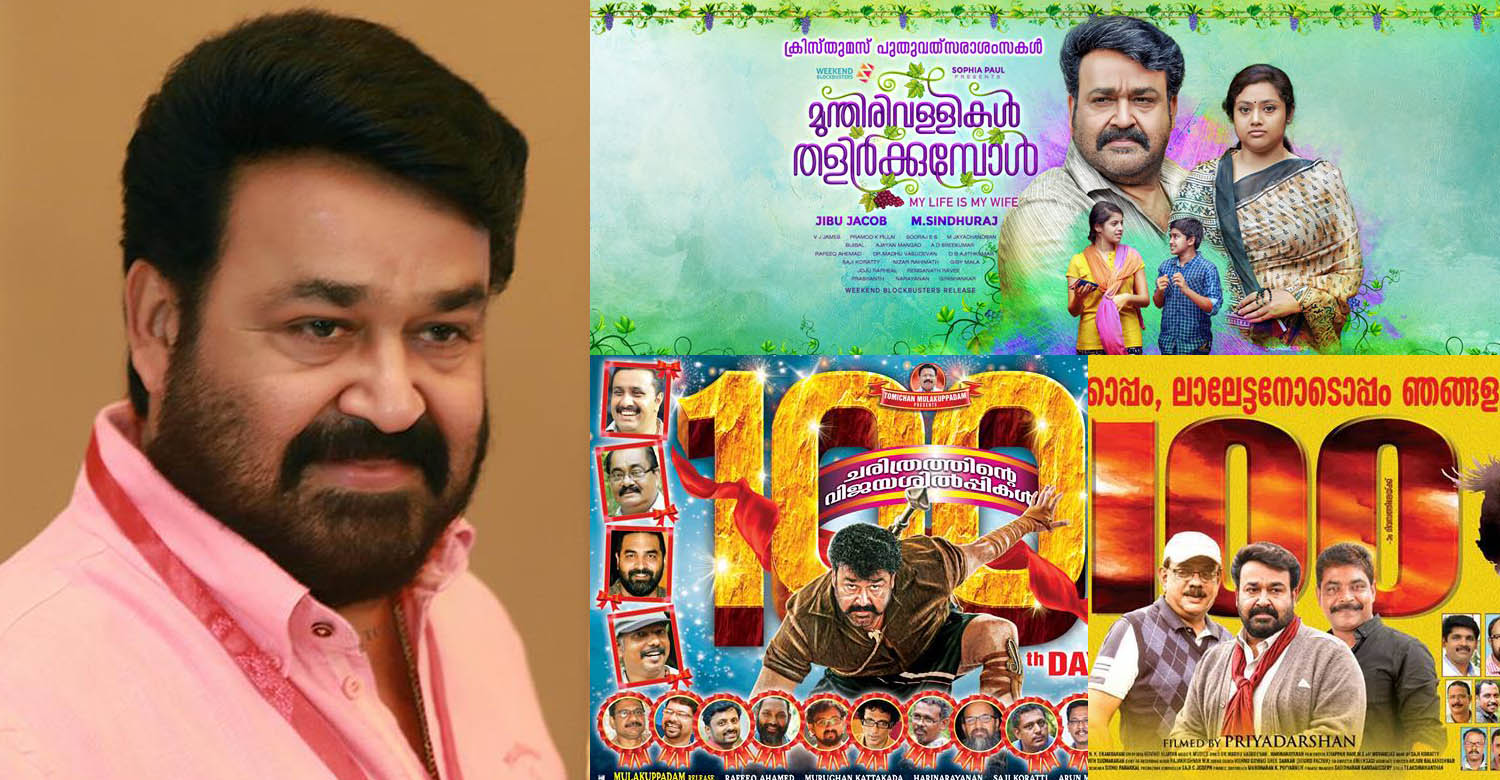 I cannot assure that all my movies will run for 100 days : Mohanlal

Mohanlal has delivered two two back successes in Oppam and Pulimurugan. His latest releaese Munthirivallikal Thalirkkumbol is also getting excellent response from the audience. Trade sources suggest that the movie will certainly end up as a blockbuster.

Recently the actor in an interview said that he will certainly give his best as an actor but cannot guarantee that all his movies run for 100 days in theatres. He said, “My commitment as an actor is to do my role in the best way possible. I can’t guarantee that my films will run for 100 days. A lot of people put in their effort to bring out a movie. When it becomes a hit, they say it’s Mohanlal’s film or Mammootty’s film. A movie is not just about the stars, large number of people who make it work with the director at the helm should get the major share of credits.”

He also talked about his movies in the 80s and 90s that are still being celebrated by the youngsters. “Our people like watching old movies. One thing I have noticed in new gen films is that there’s at least one scene or song that refers to yesteryear films such as Thoovanathumbikal or Chitram. So, there’s still acceptance for those movies.”

Mohanlal has some exciting projects in his kitty- 1971 : Beyond Borders directed by Major Ravi, untitled crime thriller with B Unnikrishnan, a big budget movie with Priyadarshan, Lucifer directed by Prithviraj Sukumaran and the epic bid budget movie Randamoozham.