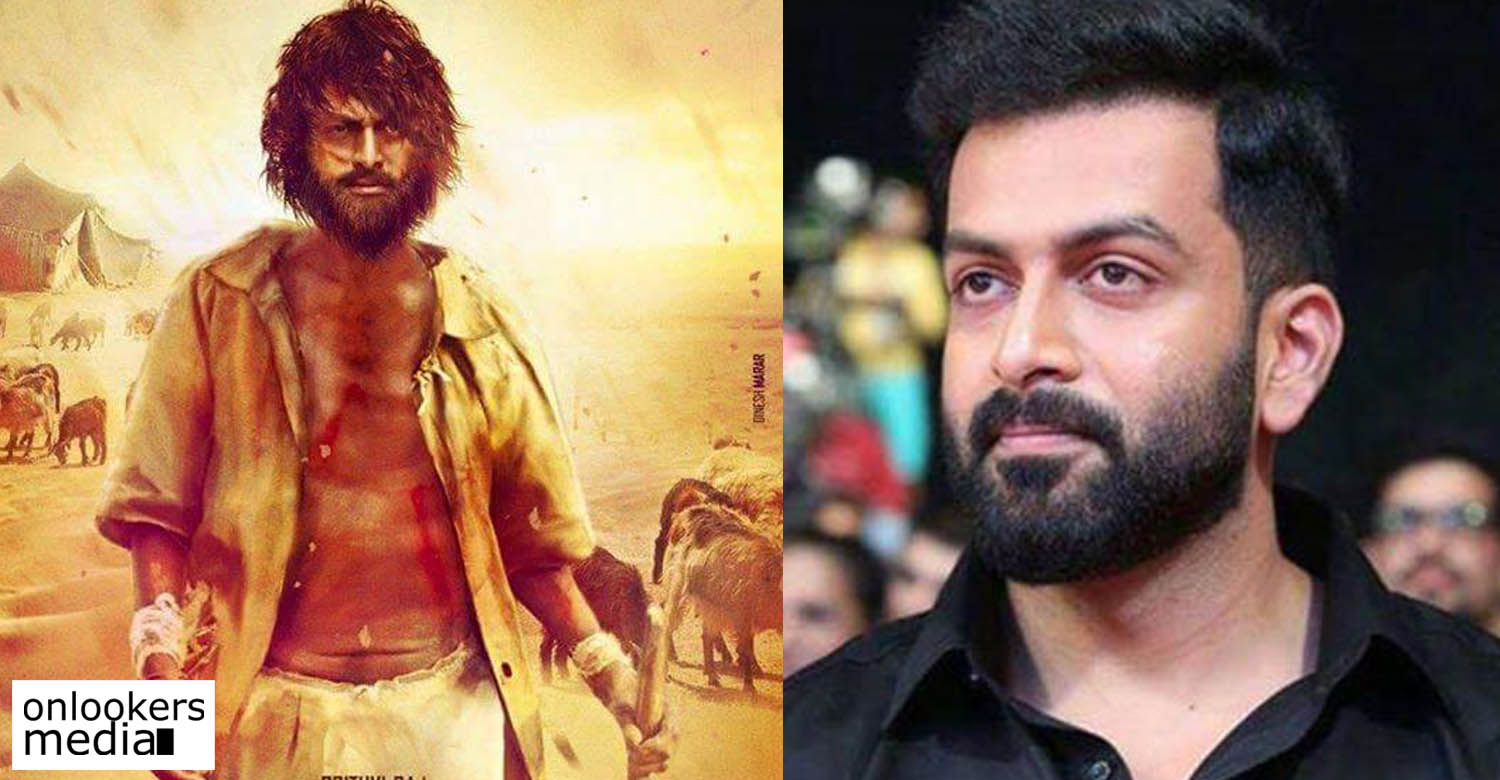 Aadujeevitham is not shelved, affirms Prithviraj

Recently there were reports about Prithviraj’s dream project Aadujeevitham with director Blessy being dropped as the actor could not allocate dates in between his busy schedule. These reports spread like wild fire across social medias forcing director Blessy to come out with a statement that the project is indeed on.

Now, Prithviraj himself has assured that the movie is definitely happening while dismissing the reports as completely baseless. The actor, who is currently shooting for his upcoming movie Adam Joan in Scotland, is planning to starting work on Aadujeevitham by the end of next year, in multiple schedules. In between the schedules he will be concentrating on his much awaited directorial debut Lucifer starring Mohanlal in the lead.

“I am shooting in Scotland for Adam Joan at the moment. Happened to read online that my dream film with Blessy “Aadujeevitham” has been shelved as I couldn’t allot dates for it. This is totally baseless and untrue. From Nov 1st 2017 to March 31st 2019, I have allotted dates in phases for this complicated yet dream role, as the film is shot in schedules through the time span of which I have to go through multiple physical transformations. I’m sure you would have guessed what I plan to do in between these schedules..it starts with ‘L’ ?!The script has come out amazingly well and we have assembled a team of world-class technicians for the film. I had met Blessy just 10 days ago and finalised all specifics regarding the shoot plan. I have no clue from where such news is coming from.
Happy Easter and a belated Happy Vishu! Cheers,
Prithvi! ?”

Blessy’s Aadujeevitham is based on writer Benyamin’s famous novel of the same name. It is an award winning novel which has won several accolades including the prestigious Kerala Sahitya Akademi award in the year 2009. It is about the life of an abused migrant worker in Saudi Arabia. Prithviraj will be playing the lead role of Najeeb Mohammed from the novel.

Blessy is planning to make the feature film as a multilingual in three languages, Malayalam,Tamil and Hindi. The movie will be produced by GM Film Company.

Sakhavu: Nivin Pauly’s career best performance
“It’s not that nothing good came my way”, Mohanlal about his absence from Bollywood
To Top