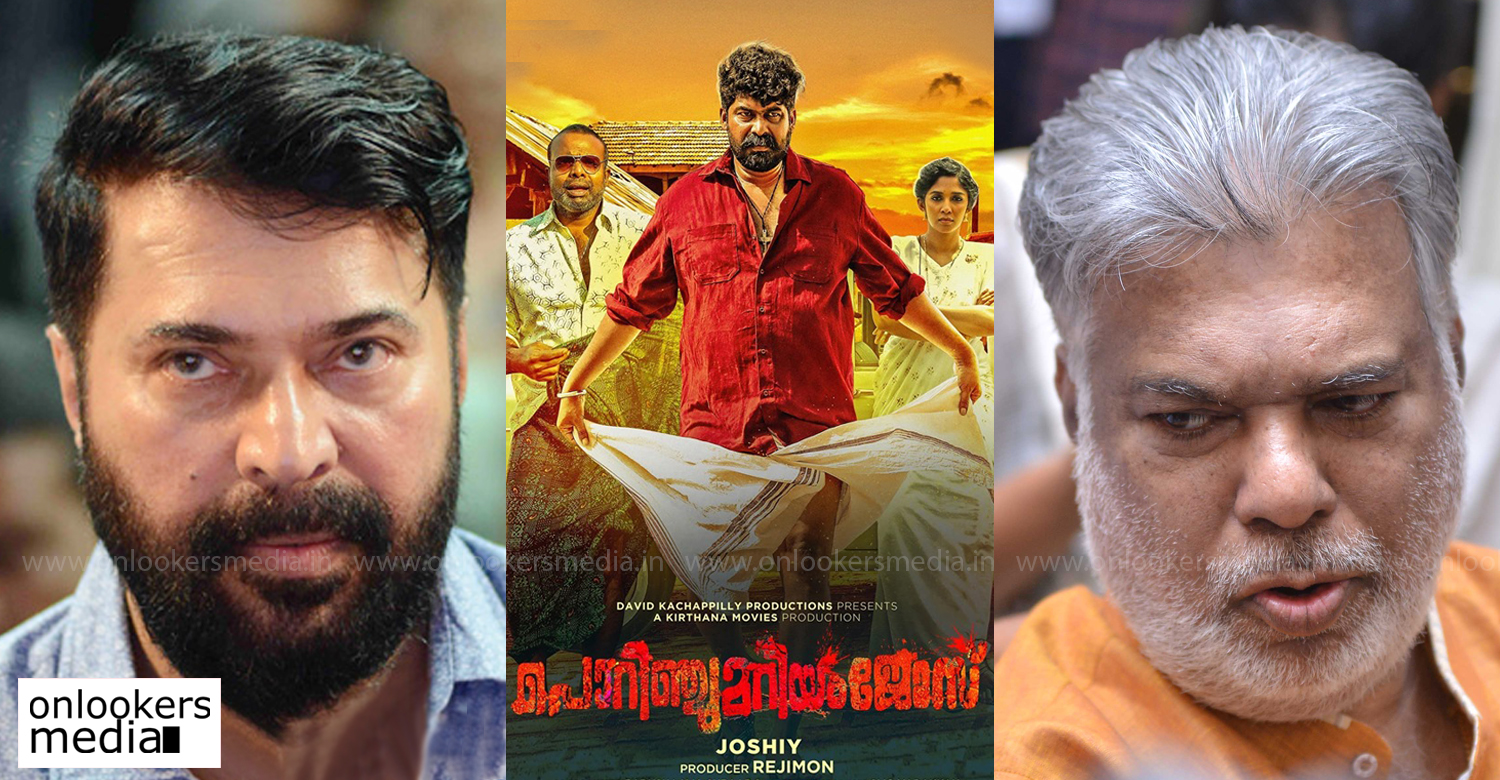 After Porinju Mariam Jose, Joshiy to direct his next with Mammootty?

With ‘Porinju Mariam Jose’ director Joshiy made a successful comeback that proved his naysayers wrong. The film was well received by the common audience and even critics lauded it as a good old Joshiy style entertainer. If reports are to be believed, the veteran is planning to team up with Mammootty next.

It is said that the duo will be teaming up soon for a film scripted by Sajeev Pazhoor. The fact that he penned the widely acclaimed ‘Thondimuthalum Driksakshiyum’, for which he won a well deserved National award, heightens the expectations. Sajeev last scripted the Biju Menon starrer ‘Sathyam Paranjal Vishwasikkuo’, which was also a success, both critically and commercially.

The famed actor-director combo of Mammootty and Joshiy have given several blockbuster films in the past, like ‘New Delhi’, ‘Sangham’, ‘Dhruvam’, ‘Nair Saab’ etc. They last worked together in the multistarrer ‘Twenty 20’. An official confirmation regarding their new project is still awaited.

Meanwhile, Mammootty is busy shooting for Ajai Vasudev’s ‘Shylock’. He will be next joining the sets of ‘One’, a political thriller directed by Santhosh Vishwanath. The star’s epic-period film, ‘Mamangam’ is also getting ready for release next month.

Santosh Sivan picks the special actors he has worked with!
Mammootty to launch Rajisha-Nimisha starrer Stand Up
To Top