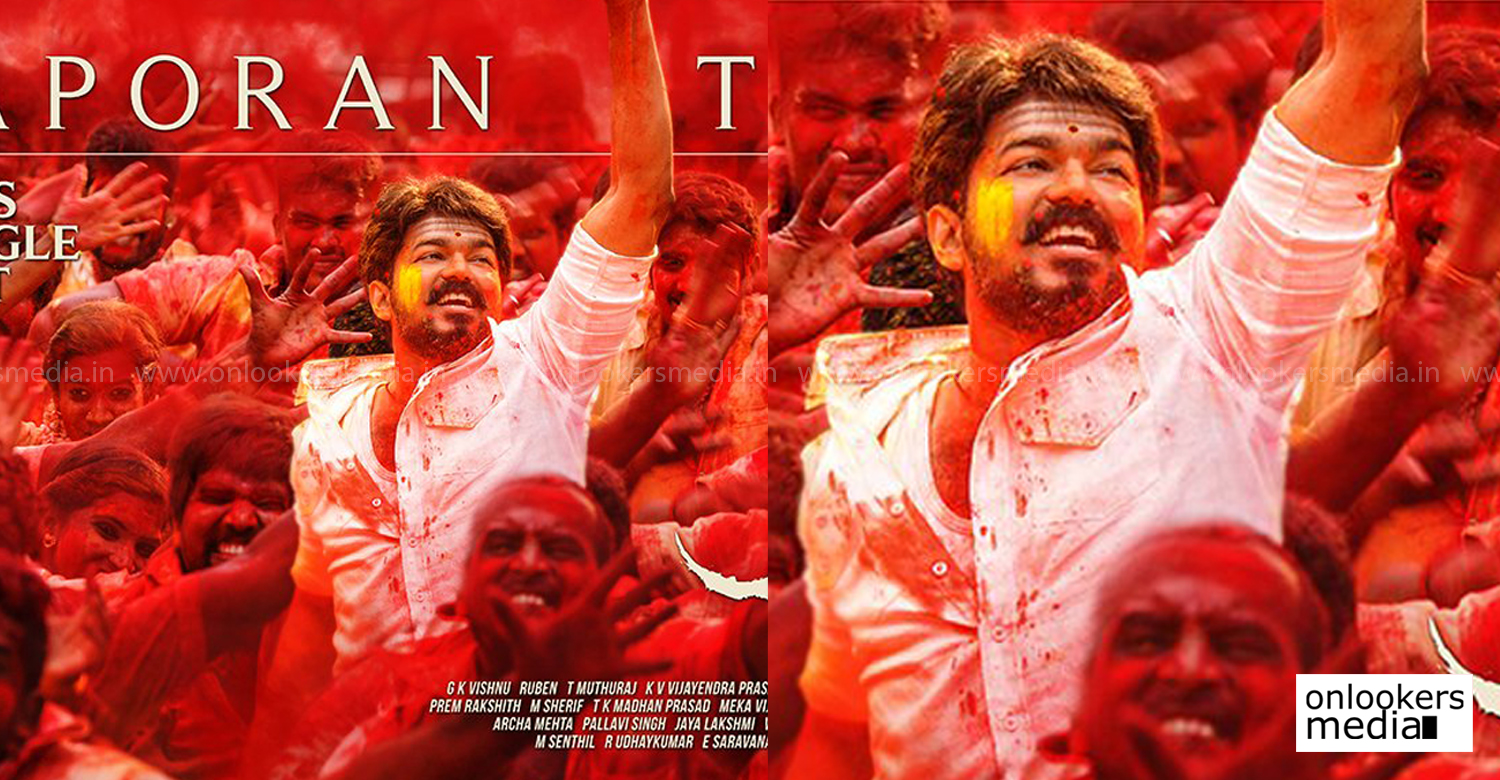 Shoot for Ilayathalapathy Vijay’s Mersal has almost been wrapped up with only a song and few patch works remaining. The movie, which marks reunion of Vijay with Theri director Atlee, is slated to hit screens in October as a Diwali release. Before that there is an exciting information coming in for all Vijay fans and music lovers.

The single track ‘Aalaporan Tamizhan’ from Mersal will be released tomorrow (August 10). Oscar Award winner AR Rahman is composing the music for Mersal. He is composing for a Vijay starrer after 10 long years and its also been a while since the he has scored for a pucca commercial entertainer. So, naturally expectations are sky high among the audience. Sony Music will be releasing the single track tomorrow. As reported by us earlier, the musical album of Mersal will be unveiled on August 20 and the makers are planning to organize a grand audio launch function. Mersal marks the 100th film of the famous production house Sri Thenandral Films, so apparently they are planning a posh launch event.

Mersal is one one of the most awaited Tamil films of this year. Vijay is playing a triple role in the film, a first in his career. The movie has a stellar star cast that includes three female leads in Samantha Ruth Prabhu, Kajal Aggarwal and Nithya Menen. SJ Suriyah, Sathyaraj, Kovai Sarala and Vadivelu are part of it’s supporting cast.

Ajith is effortless, Vijay is hard-working: Kajal Agarwal
After Suriya, its Sivakarthikeyan
To Top