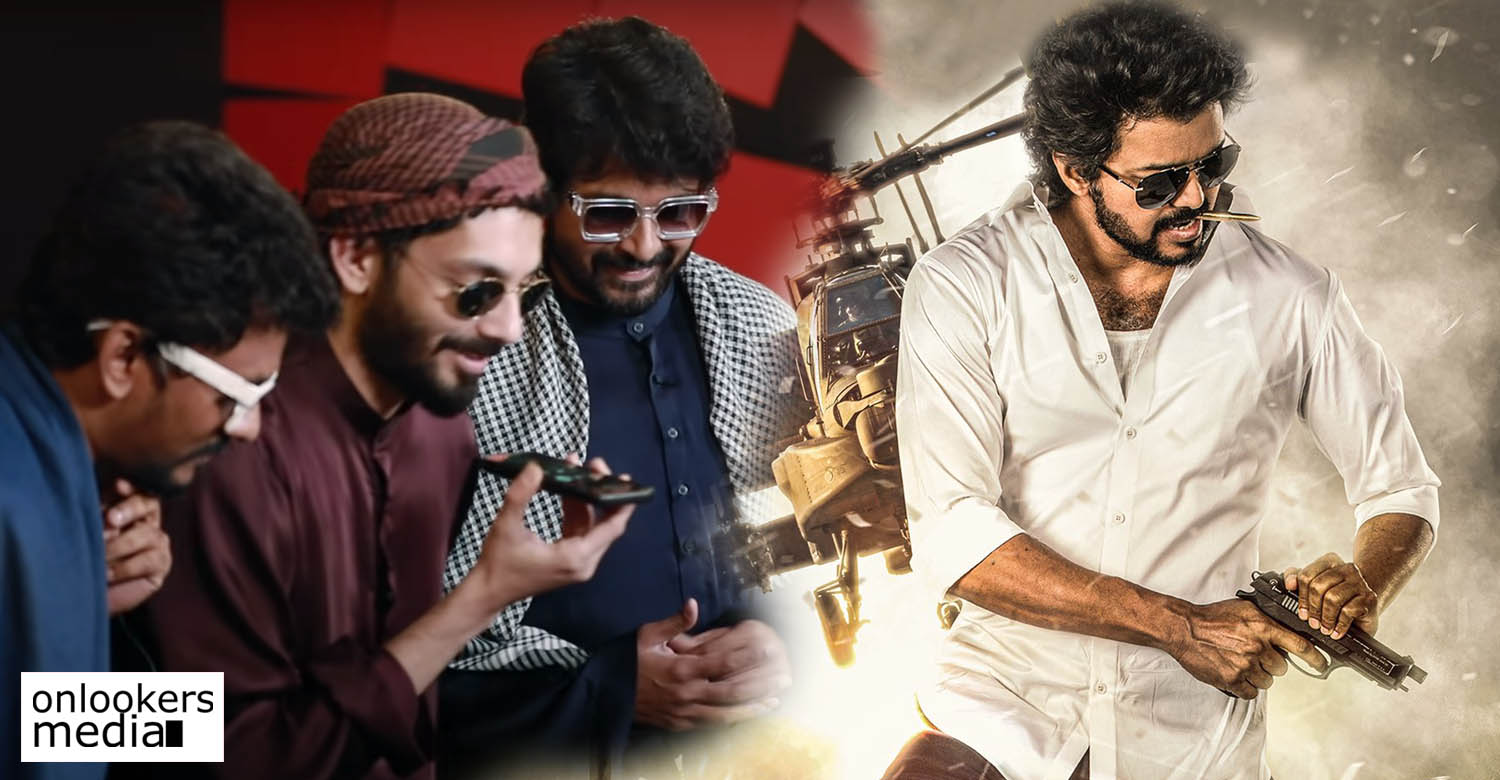 The makers of Vijay’s Beast have announced that the first single from the film will be out on Valentine’s Day (February 14). Anirudh Ravichander is composing the track, which has lyrics penned by actor Sivakarthikeyan. The two have previously collaborated for several hit songs.

‘Beast’ first single is a fusion attempt titled Arabic Kuthu. Its announcement was made by releasing a hilarious promo video featuring the film’s director Nelson Dilipkumar, Anirudh and Sivakarthikeyan. Vijay also makes his presence felt through a phone call in the video.

Sun Pictures is producing the film, which is expected to have a grand theatrical release in April. Though there are reports about the makers eyeing to release film film on April 14, nothing has been confirmed yet.