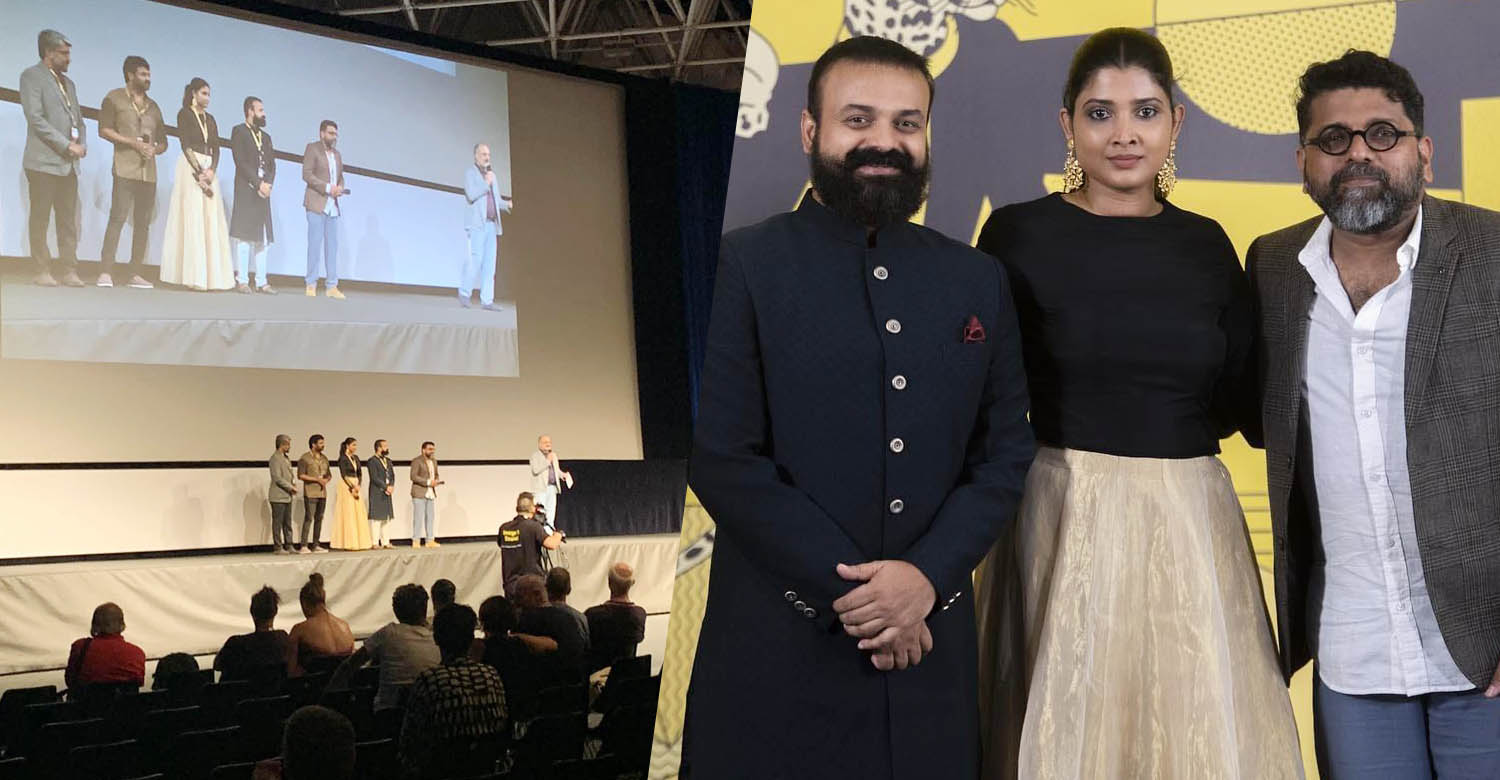 Kunchacko Boban’s new film ‘Ariyippu’ directed by had its world premiere at the 75th Locarna International Film Festival on August 4. It was the opening film in the competition segment. The team members including Kunchacko Boban, Mahesh Narayanan, actress Divya Prabha and producer Shebin Becker attended the screening.

Kunchacko Boban, who is also one of the producers of the film, took to his social media handle to pen a long note out of his excitement. He thanked all the team members who were involved in the making of ‘Ariyippu’.

When Malayalam roared at the 75th Locarno International Film Festival.
“ARIYIPPU” had its world premiere as the opening movie in the competition segment today in Locarno Film Festival before a packed house of nearly 2500 people from all across the world.The huge round of applause from the audience when the movie ended and the appreciation during the Q&A was just more than what dreams are made of!!!

Thank you Mahesh for being what you have been throughout my life..
Shebin Becker for being a wonderful producer, partner & pal….
Divya for the outstanding performer and whacky friend… Sanu Chettan for the life-breathing visuals…Jothish Shankar for being our go-to-man… An amazing ensemble of the finest actors Lovleen Misra, Dan Husain, Kannan Arunachalam, Faisal Malik… and the entire team of ARIYIPPU for giving their best for this movie. We did it internationally dears… And may this just be the beginning of many more greater things God willing!!