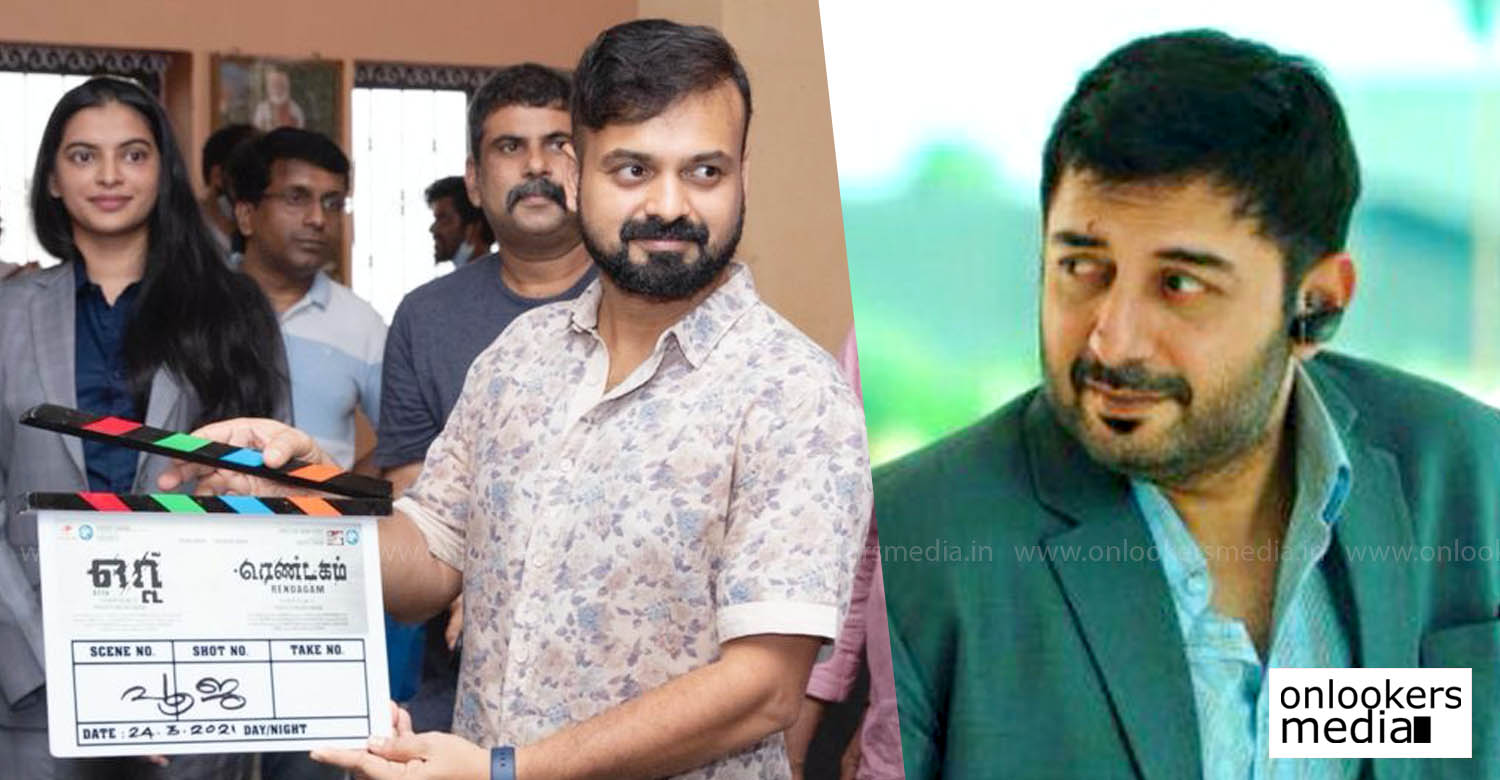 Kunchacko Boban and Arvind Swamy are teaming up for a Tamil-Malayalam film to be directed by Fellini TP of ‘Theevandi’ fame. The Malayalam version has been titled as ‘Ottu’ and the Tamil version, ‘Rendagam’. The film is produced by Tamil star Arya’s banner Arya’s The Show People and August Cinema headed by Shaji Nadesan. Its shoot kick-started today in Goa.

Kunchacko Boban took to his social media handle to share photos from the launch. He has also written,

Joining hands with Felini, Shaji Nadesan (August Cinemas) & Arya for “OTTU”!!!
And this is simultaneously shot as my first Tamil movie titled,“RENDAGAM”!!
With the ever-charming and Stylish Aravind Swamy…shoot starts in Goa today….

‘Ottu’ scripted by by S Sajeevan is said to be a thriller. Since it is a Tamil-Malayalam bilingual, actors from both the languages will be part of the cast. Telugu actress Eesha Rebba has been signed as the female lead. She is noted for her roles in films like ‘Awe’, ‘Aravinda Sametha Veera Raghava’ and the recently released Netflix original ‘Pitta Kathalu’.

Talented young composer AH Kaashif, who is the nephew of maestro AR Rahman, has been signed as the music director.