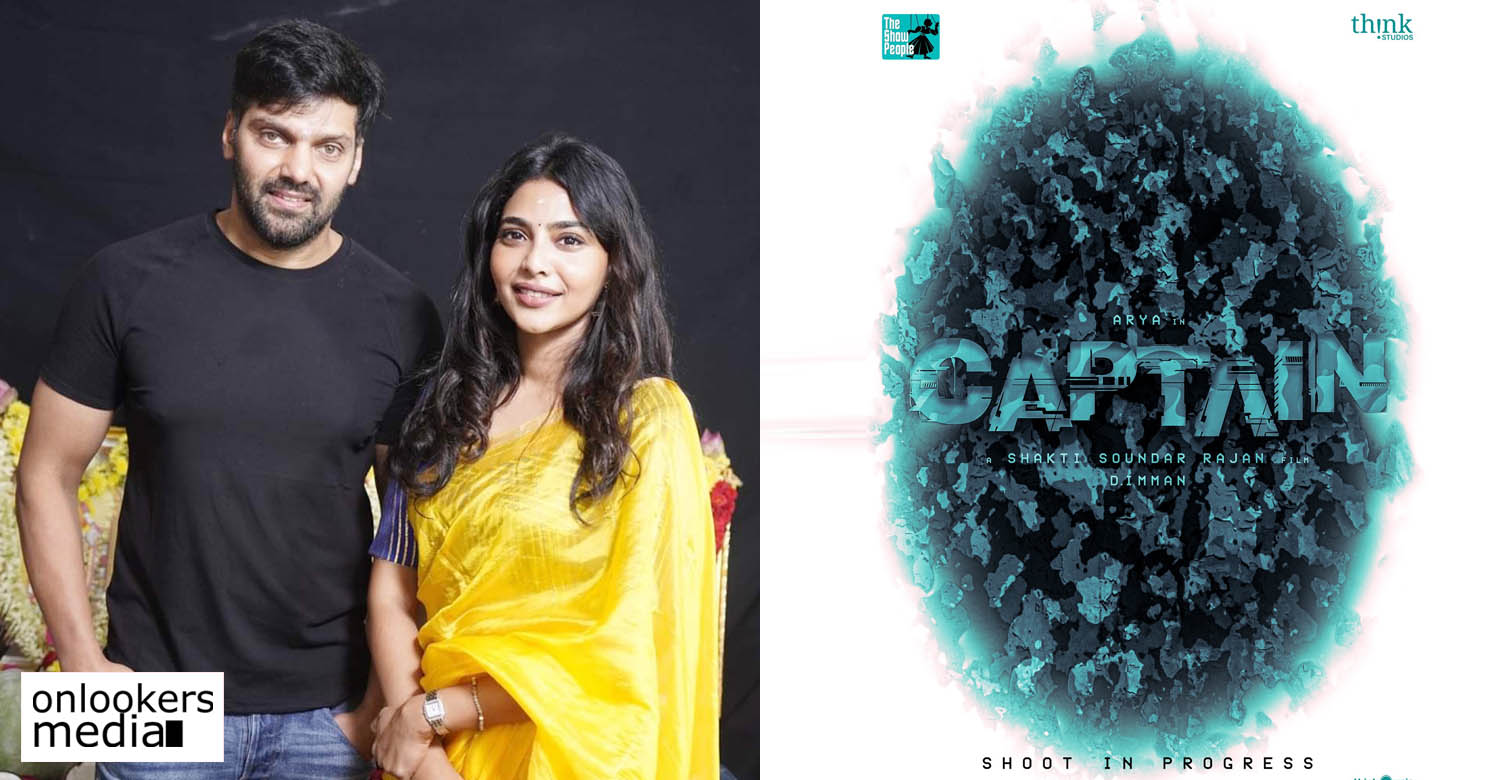 Arya is joining hands with director Shakti Soundar Rajan once again after the moderate success of ‘Teddy’. Their new film has been titled as ‘Captain’ and it is touted to be an action-packed sci-fi flick. It is produced by Arya’s The Show People along with Think Studios.

‘Captain’ shoot has already begun in Chennai. Aishwarya Lekshmi plays the female lead. The ‘Mayanaadhi’ actor had made her Tamil debut in 2019 with the Vishal starrer ‘Action’. She was last seen in Tamil in ‘Jagame Thandhiram’ alongside Dhanush. She is also part of the upcoming Mani Ratnam biggie ‘Ponniyin Selvan’.

‘Captain’ also has veteran actress Simran in a major role. Others in the cast include Thyagarajan, Harish Uthaman, Kavya Shetty and Gokul Anand. D Imman scores music for this movie, which will have cinematography by Yuva.

Nayanthara’s birthday celebrated on the sets of Kaathuvaakula Rendu Kaadhal
Yashoda: Unni Mukundan to star opposite Samantha in his next Telugu film
To Top