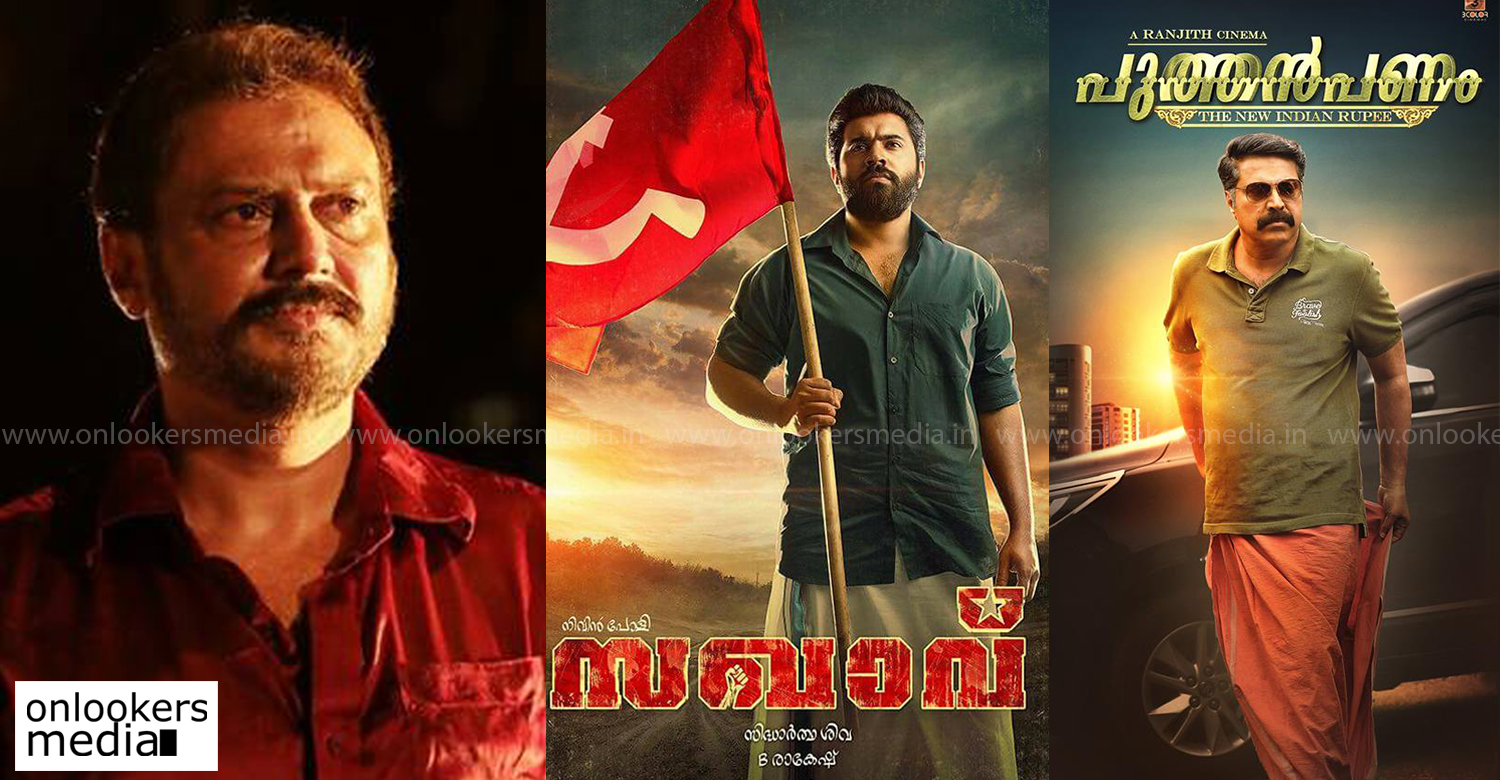 Baiju makes a superb comeback through Sakhavu and Puthan Panam

Veteran actor Baiju, who was away from movies for a long while, has made an impressive comeback with two recent releases Puthan Panam and Sakhavu. Both the movies featured him in diverse roles through which he once again showed his versatility.

Humour has always been his forte. Not many can forget the cunning and witty coolie Kannappan in the 1998 comedy entertainer Mattupetti Machan. He is also noted for his performance in movies like Uppukandam Brothers, Sthreedhanam, Commissioner, Arjunan Pillayum Anchu Makkalum and many other films of the 90s.

After a brief gap, he was offered solid roles in Murali Gopy- Arun Kumar Aravind duo’s Ee Adutha Kalathu and Left Right Left. His role in the former, Watson Bhai caught the attention of the audience. In Left Right Left, he played the role of advocate Preman, a very close aide of protagonist Jayan played by Indrajith. His dialogue, “theernada nee theernu”, from the movie is very popular in social medias and is still used as a catch phrase among friends.

In Puthan Panam, he played the role of Kunjappan, a character with negative touch and spontaneous humour. Some of his dialogues and quirky dialogue delivery was very impressive.

In his next release Sakhavu, Baiju has played the role of Garuda Kankaani, a cold hearted negative role Baiju’s role was kept under the wraps and most were unable to recognize the actor. His portions are set in the 80s. His balded look and powerful voice helps the audience to note me once again.

Let’s hope that Baiju is casted in more such wonderful movies that can help in displaying his impeccable acting skills.

SS Rajamouli to enter Bollywood after Baahubali 2 release
Mohanlal faces insult from KRK on Twitter for playing the role of Bheeman!
To Top