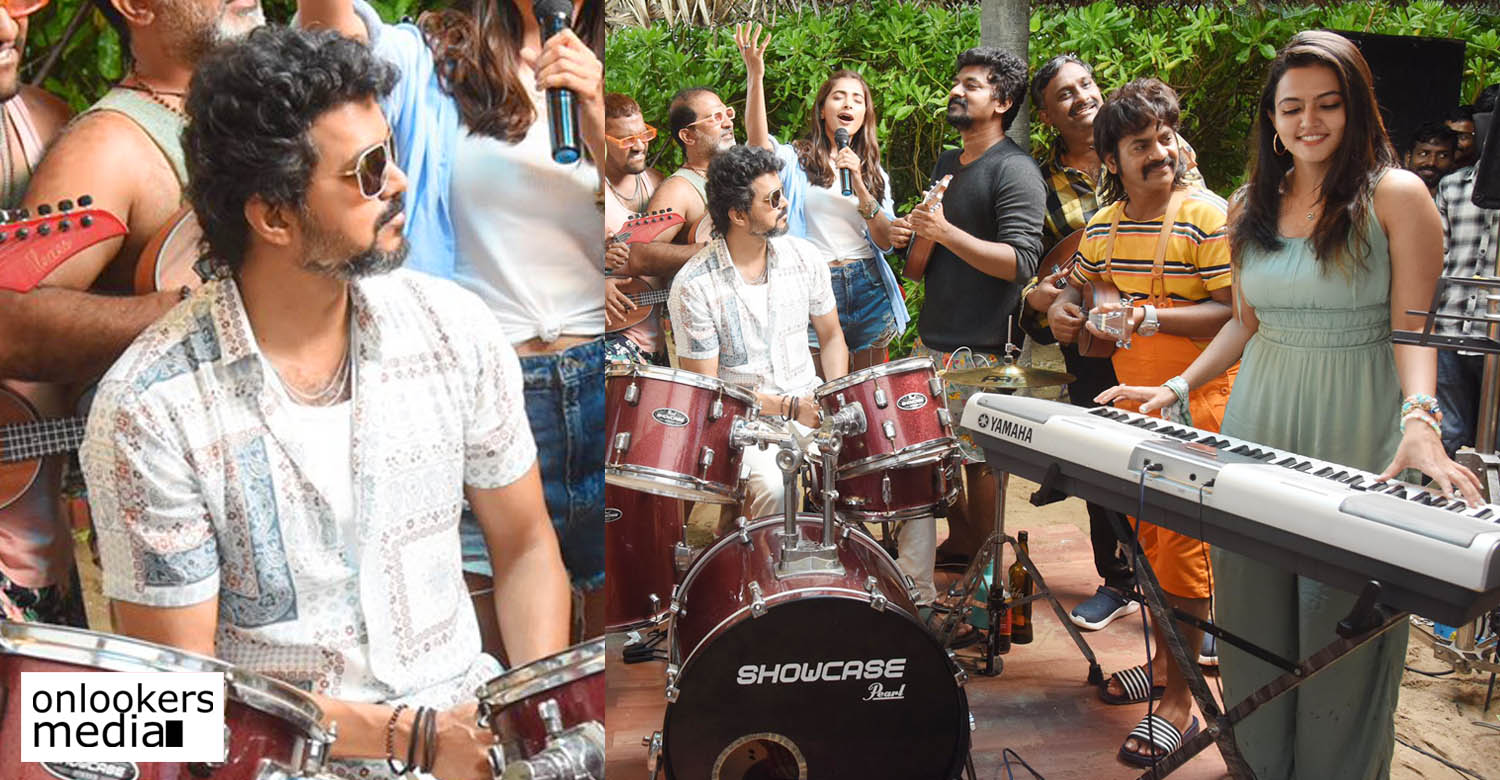 Shoot for Vijay’s ‘Beast’ is currently progressing at a brisk pace. On Sunday, which was the 100th day’s shoot, the makers shared a new still from the sets. It seems to be a shot from a song sequence with Vijay on the drums and the lead lady Pooja Hegde holding the mic. Vijay, at the centre of the picture, grabs attention as he sports a cool salt and pepper look. ‘Beast’ is is touted to be a big-budget fun, action thriller in which Vijay reportedly plays a con-agent. The film has Anirudh Ravichander as the music director and cinematography by Manoj Paramahamsa. Sun Pictures is producing this biggie.