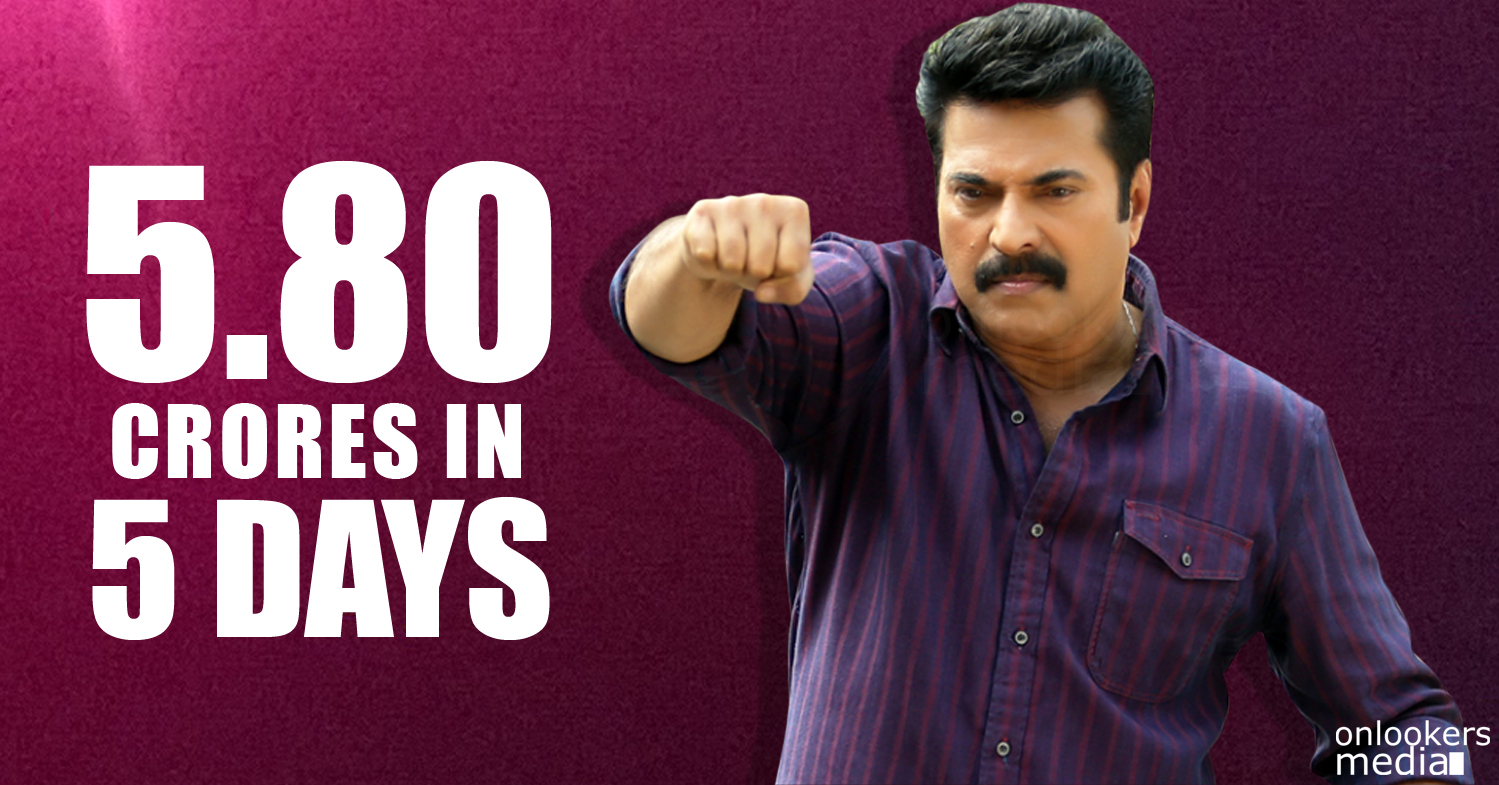 Mammootty- Nayanthara starrer flick which was conceived by veteran mollywood director Siddique title Bhaskar The Rascal which hit the silver screens on the Vishu day of this year had made a great opening in its first day. According the reports from some online medias the film had grossed rupees 5.80 crore from its first days of theatrical run. We don’t even know if this was official or not but seems to be a close one to the original collections.

Yesterday a report came in some fans pages that the film has got above 7 crores in 5 days and that has spread among fans and some medias. The matter of fact tells that above 7 cr collection is not possible with the logical thinking that the film has released only around 80 theaters and working days always shows decline in collections for every big films. The film had opened to mixed reviews from medias and viewers and had made a super opening day collection which went beyond the mark of 1 crore rupees.

Later on the second day it had decreased as it was a working day and then showed an increase in the weekend days of Saturday and Sunday. As per the reports of some media the film had got a collection close to its opening day on its 5th day and it is really encouraging for the team of the film.  The final verdict of the film cannot tell now as the big opening can be a usual thing for a big film like this mammootty starrer and that too in a vacation and festival season. But the real success of the film lies in its performance in the coming weeks after the honeymoon at the box office is over.

Fans will desert theaters after the first week and then the successful moving forward of the flick will depend on the response of the family audience and the vibe getting from them. As per reports the film is getting good response from family audience to an extent and we will have to wait till the official news or report to come from which only we can make out the real status of the film in the box office.