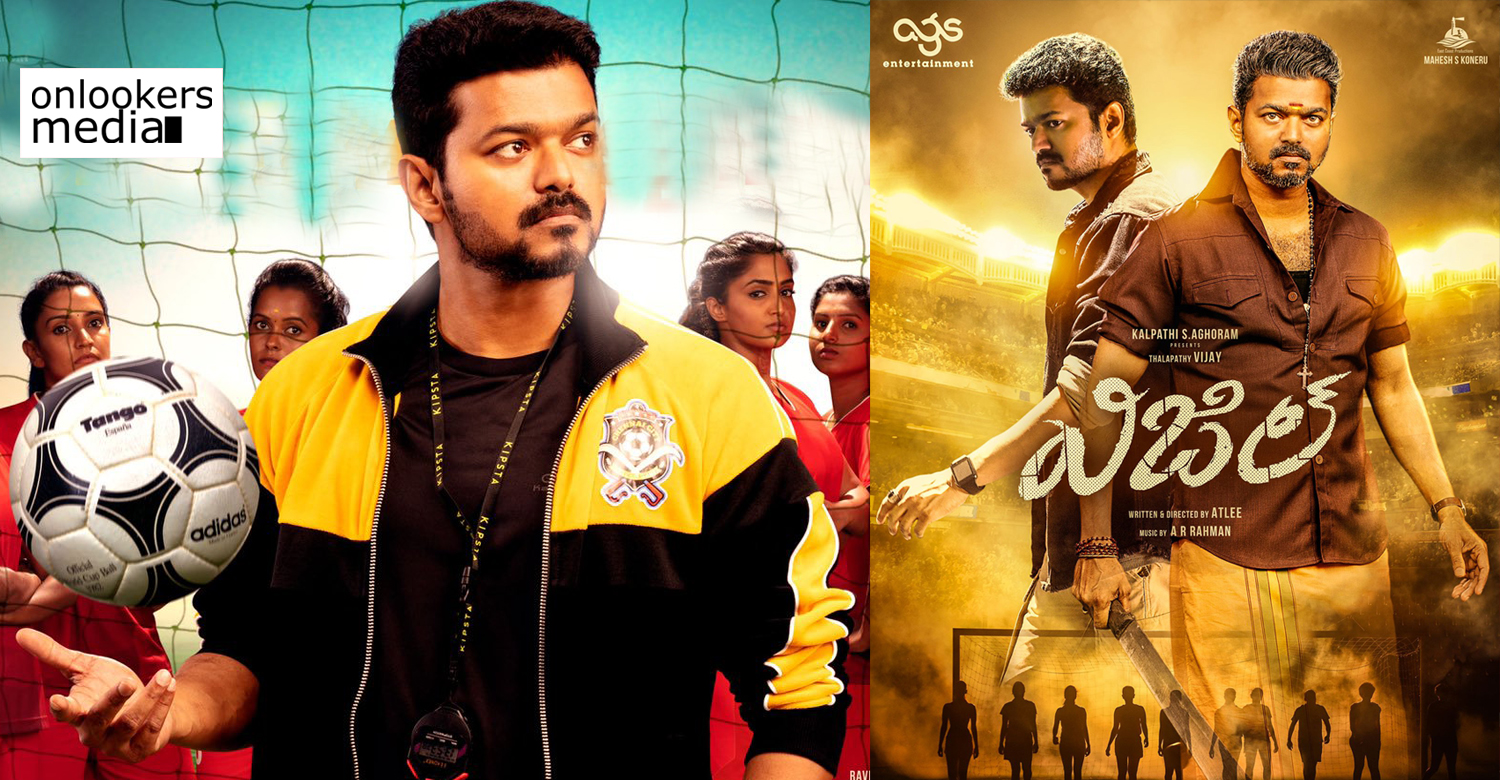 Vijay’s ‘Bigil’ is gearing up for release later this month during Diwali and promotions have commenced in full swing. The much awaited trailer will be out on October 12 at 6 PM. Besides the original Tamil version, film also has a Telugu dubbed version which has been titled as ‘Whistle’. Both the versions are expected to release simultaneously. ‘Whistle’ already has huge hype and is getting ready as the biggest ever release for a Vijay starrer in the Telugu-speaking states.

‘Bigil’ directed by Atlee has Vijay playing a dual role. The film is shaping up as a mass entertainer with woman’s football at its crux. Apparently, Vijay essays the roles of a gangster father and a football enthusiast son, who later becomes a coach. Nayanthara is paired with Vijay in the film. Jackie Shroff, Kathir, Yogi Babu, Vivek, Indhuja, Varsha Bollamma, Reba Monica John, Daniel Balaji and Anand Raj are also part of the cast.

Vetrimaaran, Vignesh Shivan, Gautham Menon and Sudha Kongara team up for an anthology!
Trance release postponed to summer 2020?
To Top