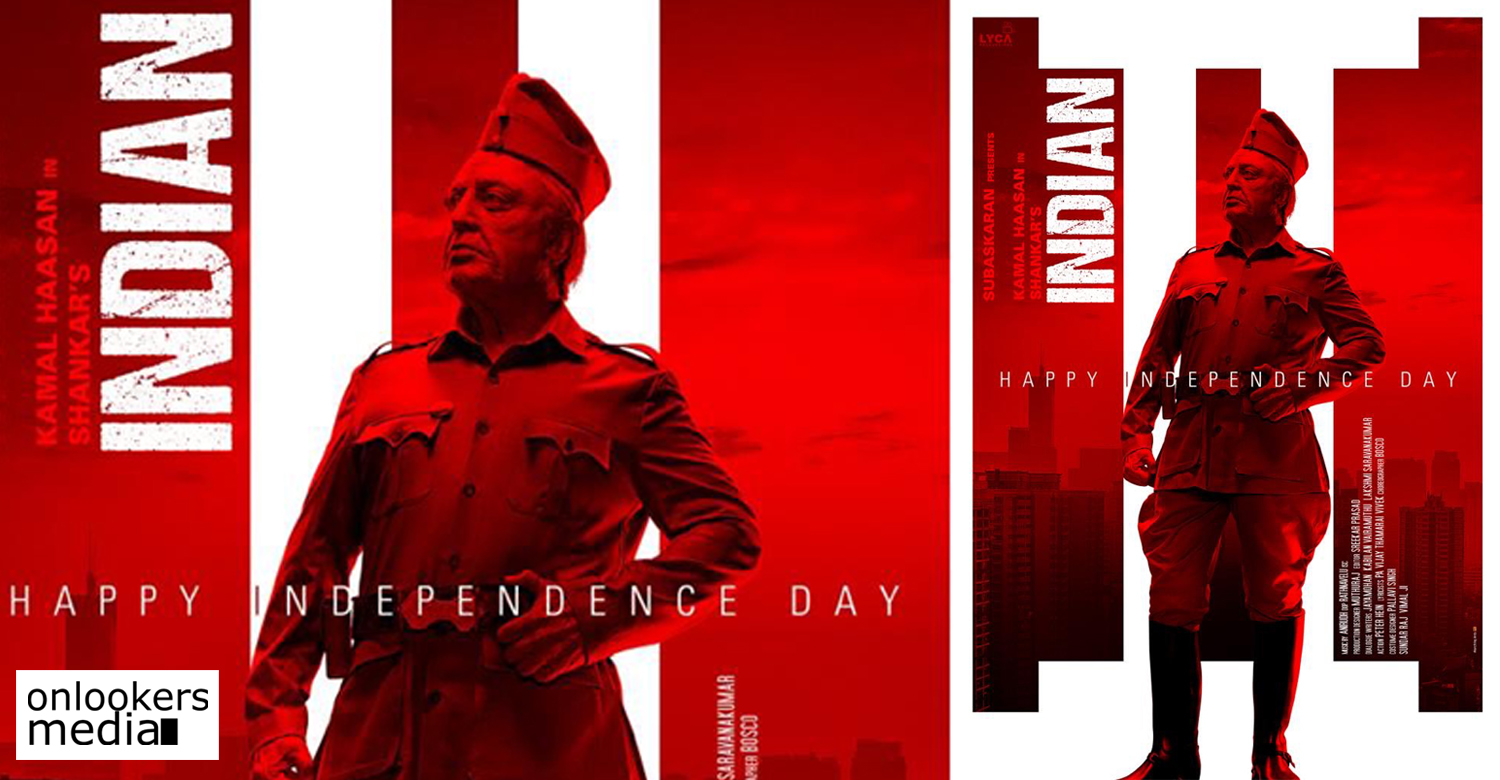 Check out this Independence Day special poster of Indian 2

Today, on the occasion of the country’s 73rd Independence Day, a special new poster of the upcoming Tamil movie ‘Indian 2’ has been released online. Kamal Haasan as the freedom-turned-vigilante Senapathi is seen wearing the iconic khakhi uniform and cap. The makers have also added details about the technical crew associated with the film. ‘Indian 2’ is the sequel to Kamal’s own classic hit ‘Indian’, released back in 1996. Shankar, who helmed the original, is directing this film as well. The movie originally went on floors in January only to be shelved shortly. Shoot got resumed only a couple days of back. Along with Kamal Haasan, ‘Indian 2’ also stars Vidyut Jammwal, Kajal Agarwal, Rakul Preet Singh, Siddharth, Priya Bhavani Shankar, Aishwarya Rajesh and Nedumudi.

Lyca Productions is producing the film and it is reported that they are investing a lavish budget of over Rs 200 crores. The makers are planning to release it by next summer.