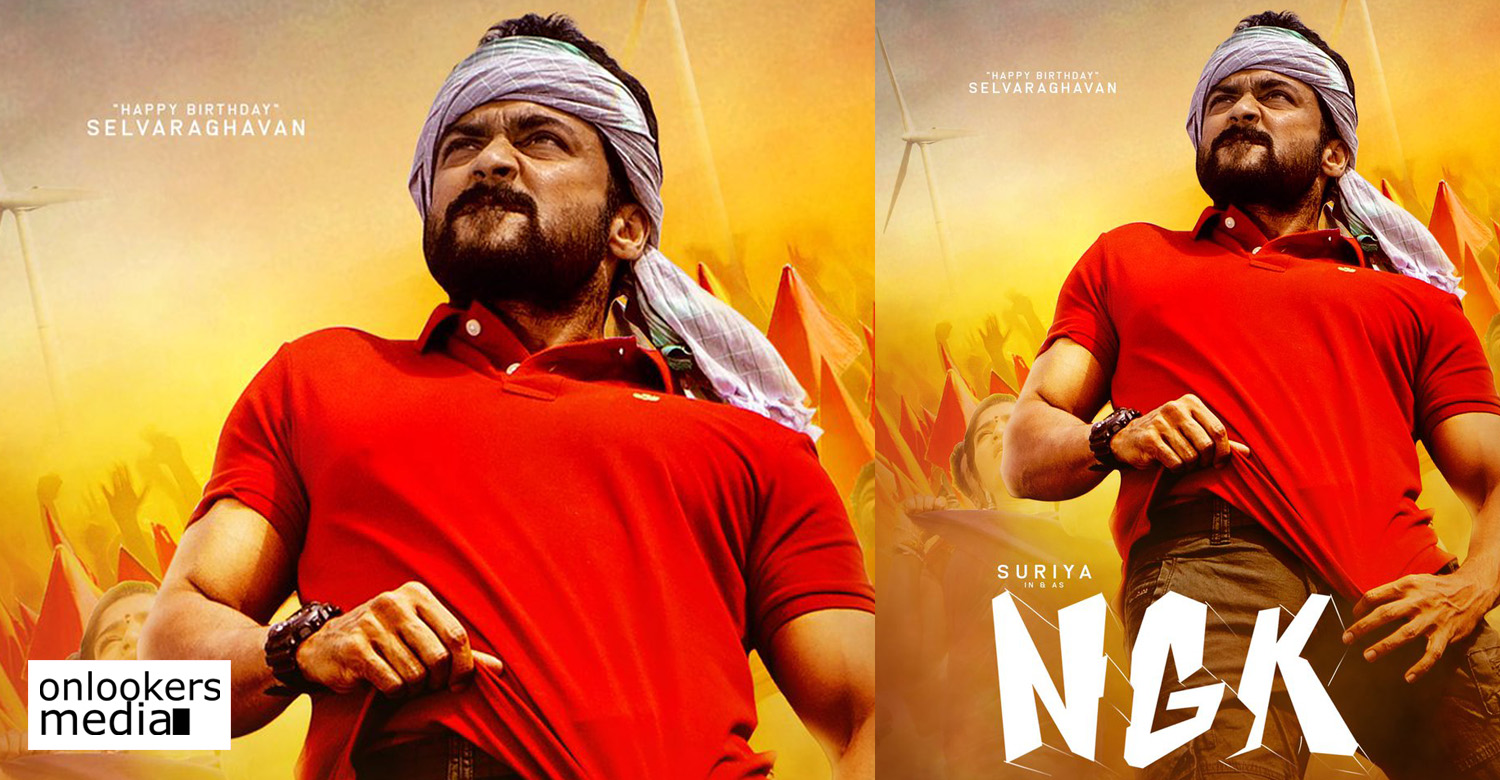 Check out this new poster of NGK; Audio coming soon

Suriya starrer ‘NGK’ is getting ready for release this summer. Though the makers are yet to officially announce a release date, it is expected to hit screens worldwide in May. Meanwhile, the makers are prepping up to start the promotion works. A new poster of the movie was released today. They have also informed that the audio will be coming out soon.

‘NGK’ directed by Selvaraghavan is touted to be a political thriller. The director enjoys a huge fan following among the Tamil audience and since it is his first film with Suriya, expectations are on the higher side. Recently, the makers had released a 1-minute-long teaser which got tremendous response from the viewers. The movie promises to bring back the long lost performer in Suriya. Rakul Preet Singh and Sai Pallavi will be seen as the female leads while Telugu actor Jagapathi Babu plays the villain role.

SR Prabhu of Dream Warrior Pictures is producing the movie.