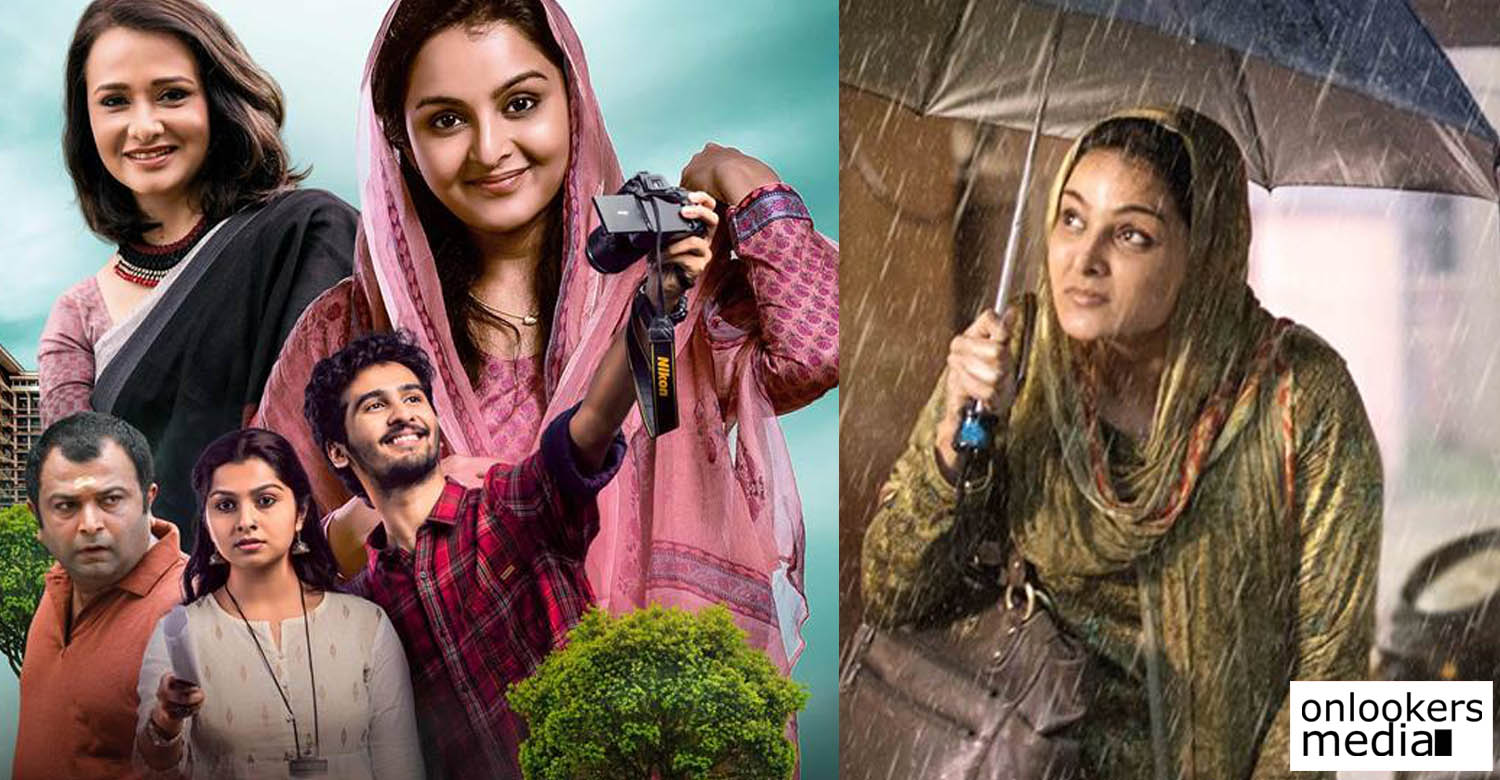 Manju Warrier’s C/O Saira Banu is releasing today in over 90 centres all over Kerala. The movie, directed by debutant Antony Sony, also marks the comeback of yesteryear actress Amala Akkineni in a major role. Kismath Shane Nigam will also be seen in a pivotal role.

Manju Warrier will be seen in the titular role of Saira Banu, as a post woman in the movie. Amala Akkineni is playing the role of advocate Annie John Tharavady. She is making a comeback to Malayalam cinema after a gap of 25 long years through this movie. Her last movie was the Mohanlal starrer Ulladakkam in 1991. C/O Saira Banu promises to be a feel good entertainer dealing with a mother-son relationship. The film is scripted by newbie RJ Shaan. Bipin Chandran has written the dialogues.

Abdul Rahim has cranked the camera while Sagar Dass is in charge of the edits. Mejo Joseph is the music director. The movie is being bankrolled by Eros international.