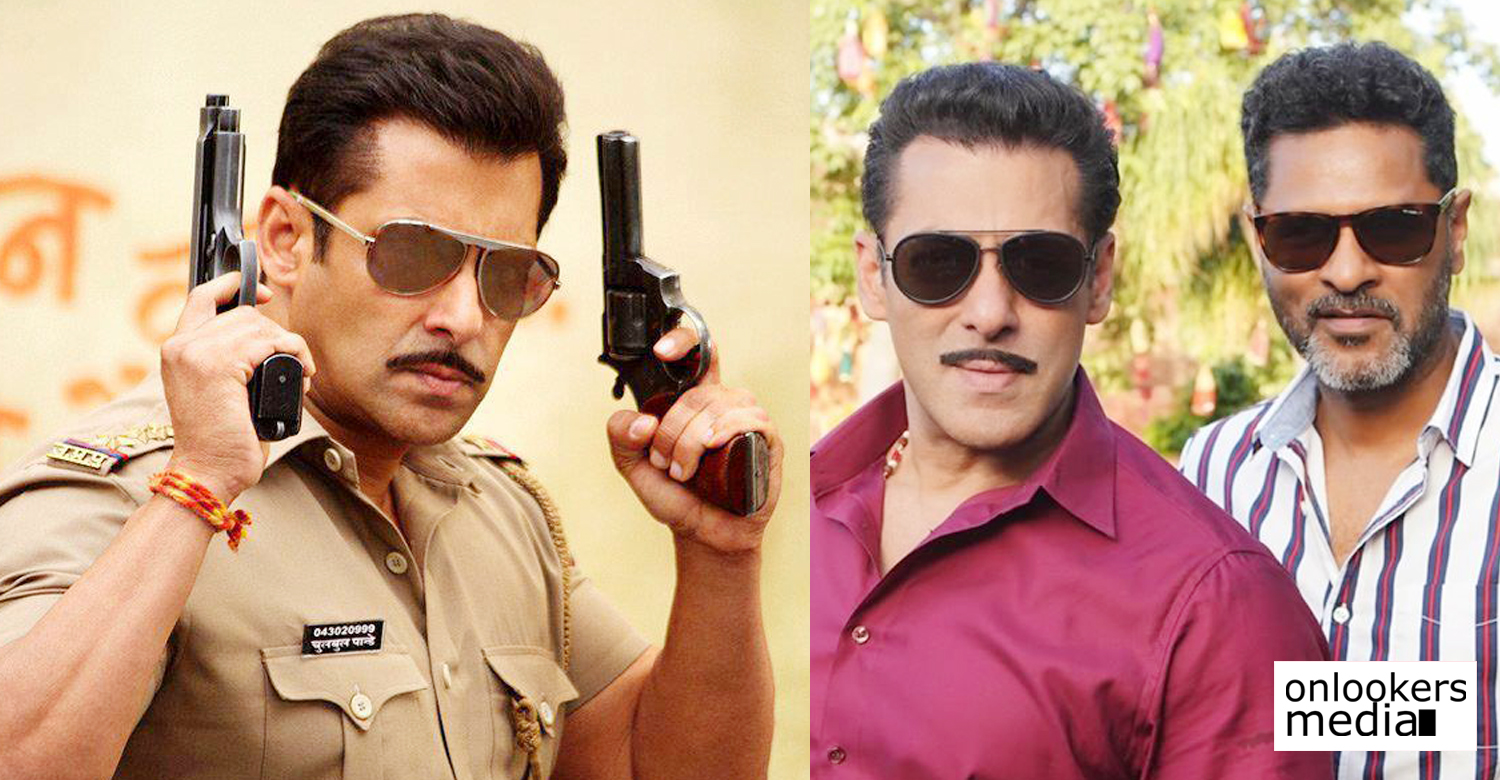 Salman Khan’s ‘Dabaang’ is one of the most popular franchises in Bollywood. Salman plays an eccentric cop named Chulbul Pandey in the series. After the superhit success of the first two parts, the third installment is now getting ready. Actor-choreographer Prabhudeva is directing the movie, which is expected to be an out and out mass action-packed entertainer just on the lines of the first two parts. It has been announced that ‘Dabaang’ will be hitting screens worldwide on December 20, 2019. Besides the original Hindi version, the movie will also be releasing in Tamil, Telugu and Kannada languages.

This is Salman’s second film with Prabhudeva. They had earlier worked together in 2009 for the blockbuster movie ‘Wanted’. Prabhudeva has also made other mass entertainers in Bollywood like ‘Rowdy Rathore’, ‘R… Rajkumar’, ‘Ramaiya Vastavaiya’, ‘Action Jackson’ and ‘Singh is Bling’.

‘Dabaang 3’ has Salman Khan reprising Chulbul Pandey’s role. Sonakshi Sinha and Kannada actor Sudeep are also part of the cast. As oer the makers, it is more of a prequel that will show how Pandey became the Robinhood like cop. Salman is quoted saying, “The story starts in the present and then it goes back to the past, and then comes back to the present day again. It will have a prequel portion, but only as a flashback.” It is being produced by Salman Khan Films and Arbaaz Khan Productions.