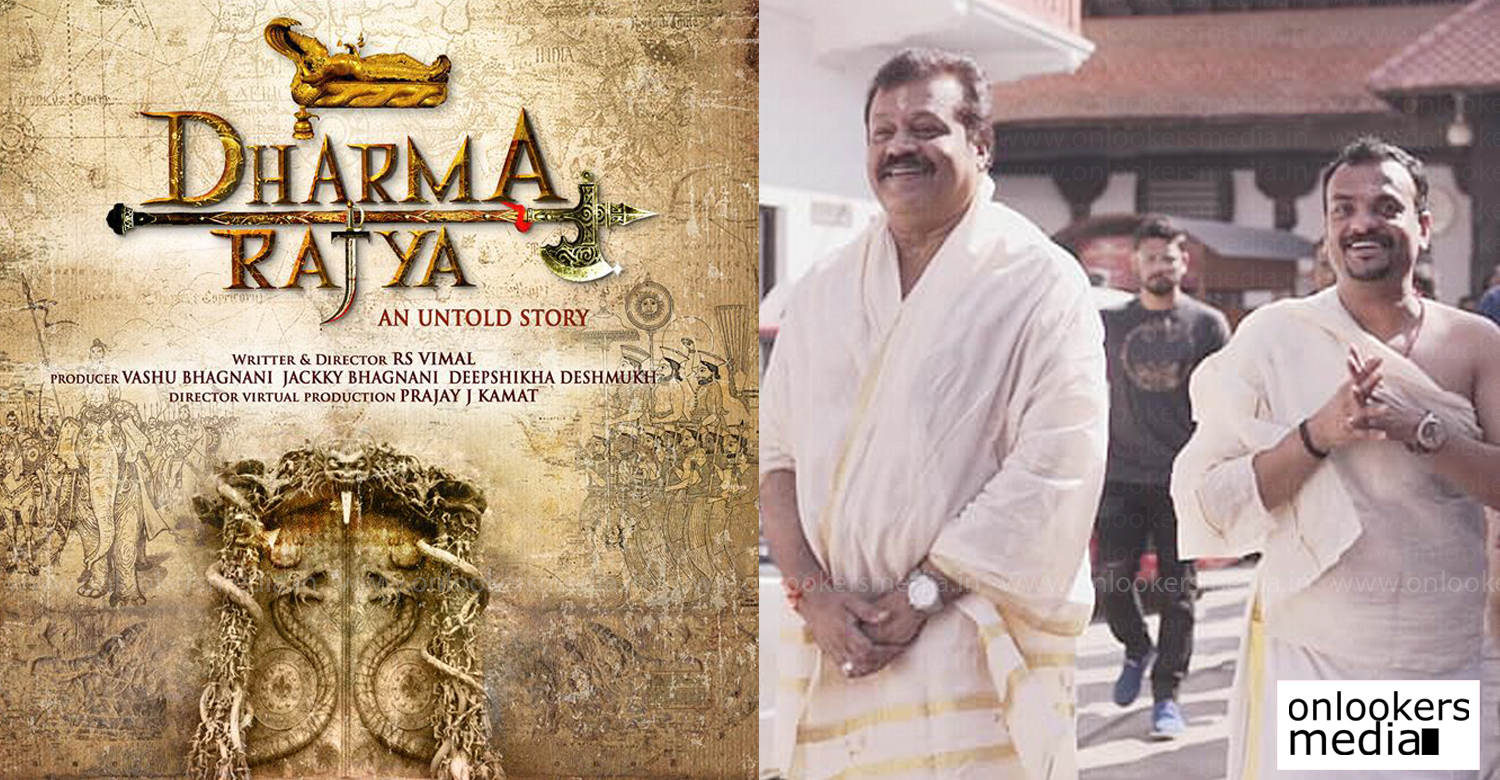 ‘Ennu Ninte Moideen’ director RS Vimal has announced that he will be making a film based on the Travancore royal history. Titled as ‘Dharma Rajya’, the film is about a real-life hero from the Travancore kingdom. The director has claimed that it will be India’s first film to be captured through virtual production in London. A superstar from Malayalam has agreed to play the lead role but Vimal did not reveal the name. Pooja Entertainments will be backing this ambitious film which has been planned to be made in Malayalam, Hindi, Tamil and Telugu.

A devotional dedication at the lotus feet of Lord Sree Padmanabhaswamy,Thiruvananthapuram

from the backdrop of the legendary history of travancore, comes to life, a true hero……

The ecstasic crowd puller, the Superstar of Malayalam, has committed to the role…….

VASHU BHAGNANI Pooja Entertainments, the reknowned production house in India, has affirmed to back the film, to be written and directed by me.

DHARMA RAJYA is bound to hit the headlines, being the first ever Indian film to be captured through VIRTUAL PRODUCTION in London

The technical expertise of my dear friend Prajay J Kamat would indeed compliment the virtual production experience done through at Aisole, London along with Pooja entertainments.

The film shall be made in Malayalam, Hindi, Tamil and Telugu.

For the last few years, RS Vimal had been working on another big-scale film based on the mythological figure Karna from Mahabharatha. Prithviraj was supposed to play the lead role in it but he later opted out due to some creative differences. The project was later revived with Tamil star Vikram and he has already shot a few portions.

Aju Varghese’s next as a lead actor titled Article 21; Here’s the first look!
RX 100 fame Karthikeya Gummakonda is the antagonist in Ajith’s Valimai
To Top