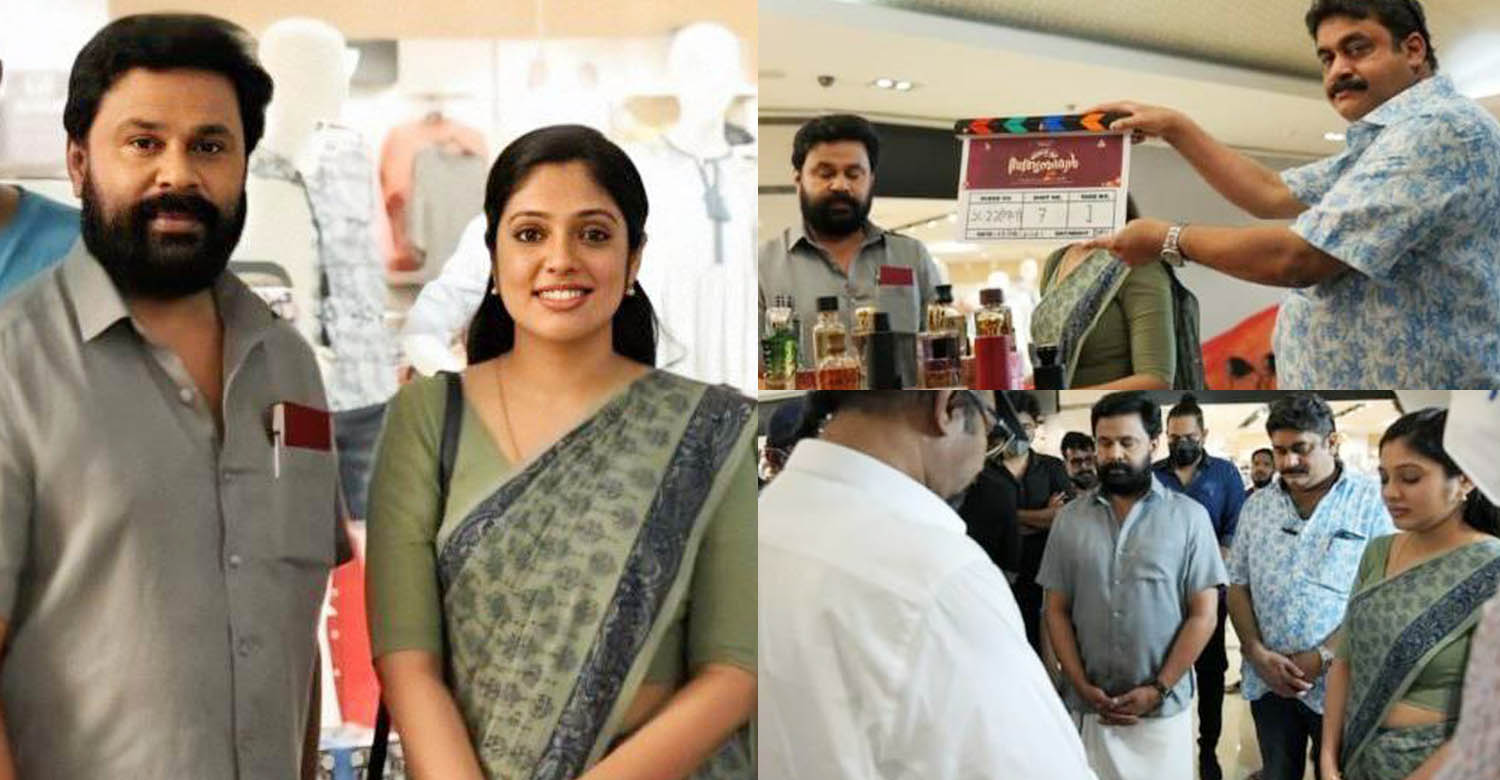 As reported by us earlier, Dileep and director Raffi are joining hands for a new film titled ‘Voice of Sathyanathan’. The film’s shoot got launched recently with a switch on ceremony. ‘Kettyolaan Ente Malakha’ fame Veena Nandakumar plays the female lead. On the first day, the makers shot some portions featuring Dileep and Veena.

‘Voice of Sathyanathan’ scripted by Raffi promises to be a fun entertainer. The film also has Joju George, Siddique, and Johny Antony in major roles. It has Jithin Stansilaus as the cinematographer and ‘Joji’ fame Justin Varghese as the music director. Shameer Muhammed is the editor. It is produced by Dilieep, Badusha NM, Prijin JP and Shinoy Mathew.

‘Voice of Sathyanathan’ marks the reunion of Dileep and Raffi after a long gap. Raffi along Mecartin had worked with Dilieep in hit films like ‘Punjabi House’, ‘Thenkasipattanam’, ‘Pandippada’ and ‘China Town’. Raffi also made his independent directorial debut with the Dileep starrer ‘Ring Master’.