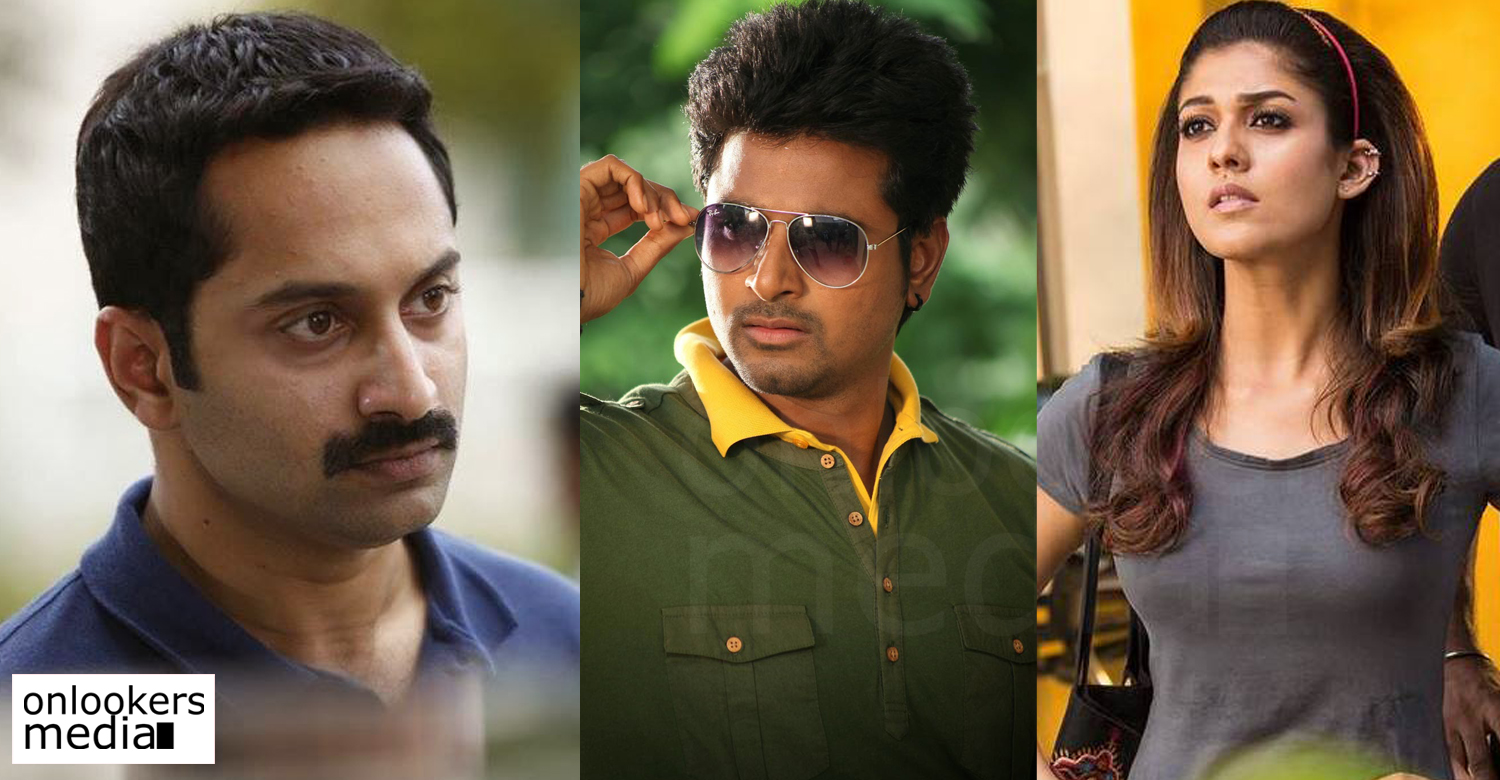 We had already reported earlier about the Kollywood debut of popular Mollywood actor Fahad Fazil. He is making his Tamil debut through the film directed by Mohan Raja who had given us the classic entertainer Thani Oruvan with his brother Jayam Ravi and Aravind Swamy in the lead last year.

It was a fabulous comeback from Aravind Swamy and that too in a terrific negative role. As per the latest reports from Kollywood, Fahad Fazil also making his debut in Kollywood as a villain character and the hero character will be played by popular Tamil Young star Sivakarthikeyan.

Nayanthara playing the female lead in this movie and it will be for the first time that Fahad Fazil and Sivakarthikeyan sharing screen space with Nayan Thara. Fahad Fazil is known for the diverse characters he plays here in Mollywood and he has got an amazing range as an actor. So, this villain character from him will be something very special, we hope.

It is exciting also due to the fact that Mohan Raja, the director, always love to create powerful villains who gets more applause than heroes, in his movies. We saw it in Thani Oruvan as well. So, it will be a great opportunity for Fahad Fazil to make his own space there in Kollywood.

Want to know more about Kabali..? Here it is..!
Mohanlal to dub in the Tamil and Telugu versions of Janata Garage and Vismayam
To Top