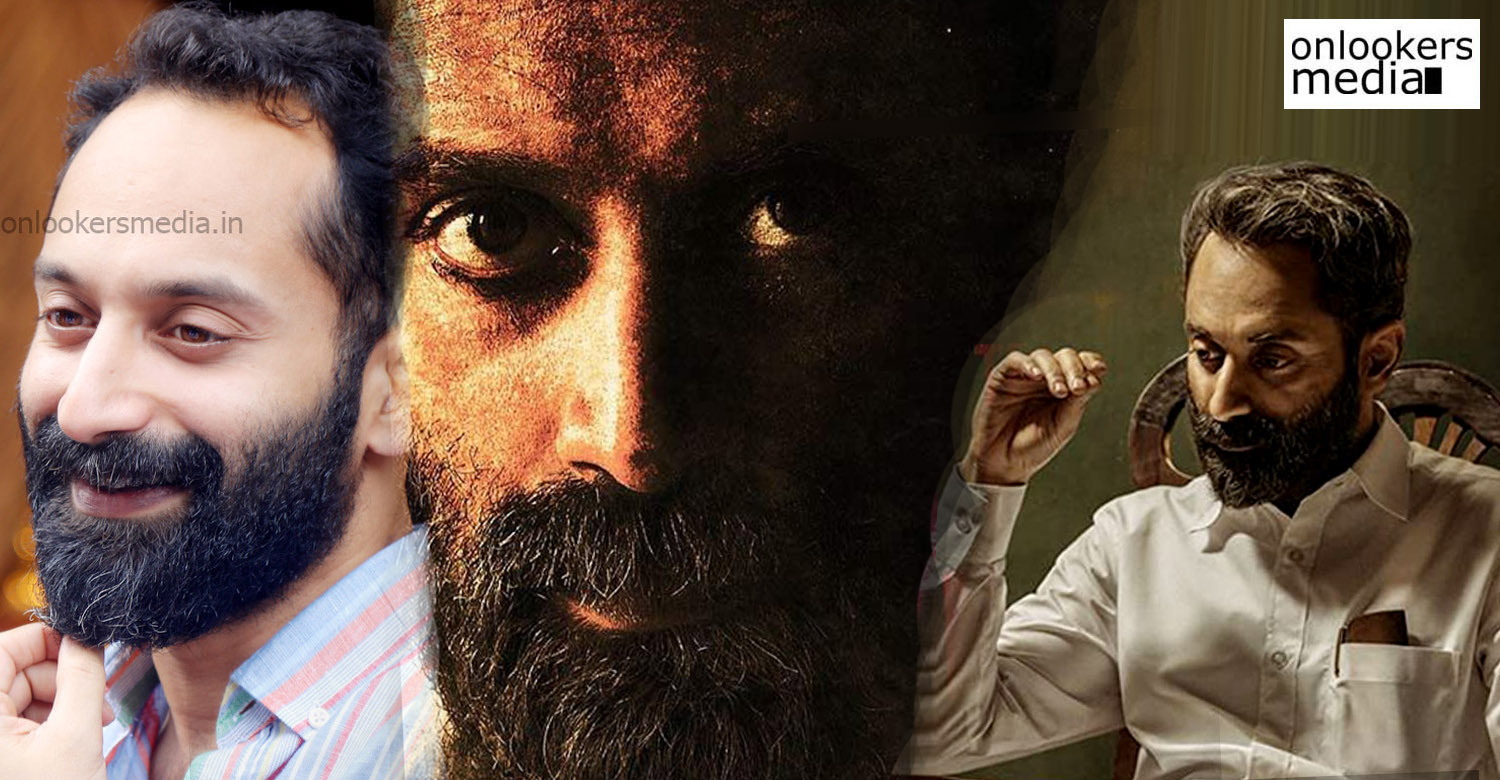 Fahadh Faasil, who is usually not very active in social medias, has shared a long note detailing about the recent developments in his professional life. He has written about a serious accident he suffered in the sets of ‘Malayankunj’. Earlier this year, in March, he fell down from the roof of a building while shooting for the film. He was standing on the roof of a building, which was built for the film, when he lost balance and suffered a nasty fall. Fahadh fractured his nose and had to undergo a minor procedure at the hospital. Ever since then, the actor has not made a public appearance. He currently has three stitches on his nose and the scar will be there for sometime.

In the note, Fahadh has mentioned about the heavy heart with which they decided to release ‘Malik’ directly in OTT platforms. Unlike his other recent films, it was a very ambitious film made completely for theatrical experience. However, due to the pandemic and the financial burden faced by the producer, a collective decision was taken to opt for a direct OTT release. Fahadh promised here will take responsibility for an absolute fresh theatrical experience when things return back to normalcy.

The best part about the post was him opening up about the bond he shared with his wife Nazriya. Fahadh recalled about how they met during the shoot of ‘Bangalore Days’, fell in love, and how she stood by him through thick and thin.
He also added that most of his achievements happened after Nazriya came to his life.

“Pretty much all my small achievements This may not be an appropriate time to write midst a life threatening pandemic. Let me begin with the hope that all of us are fighting things the best way we can, now and ahead. I was also undergoing recovery from my accident I had during Malayankunju. So in my calendar the lock down started from March 2nd. My doctors said it was “Close”. As a defence mechanism my hands touched the ground before my face, which in 80% of the cases victims fail to do because of the trauma and depth of the fall. I was lucky I didn’t loose my presence of mind, my doctor added. There again, I was lucky with life for the Nth time.

During these unprecedented times, I think I owe an explanation to my audience who stood by me all these years. With a heavy heart, the director, the producer, all the technicians and rest of us cast have opted for an OTT release for our very ambitious project, Maalik. Each and everyone associated with Maalik has put in over a years time to bring this project together. Unlike my recent OTT releases which were planned for home viewing right from the beginning. Maalik was designed for a theatrical experience and it was the only film I had ready when theatres would open to 100%. The decision has been collective and I personally request everyone to see it in the best interest of the film. In all honesty I cannot wait for the theatres to regain normalcy but today every individual is fighting to regain normalcy in their respective space. At this point all that I can take responsibility is for an absolute fresh theatrical experience when I see you all in theatres next.

I have discussed my engineering college drop out story earlier in a couple of my interviews. In America
you cannot shift majors after first two years of school or else it meant your financial aid being withdrawn. So after my second year, my advisor called me in for a counselling session as my grades were falling crazy. During
the session I somehow gathered courage to admit that, I am a falled actor/individual who has been running away from my own and measurements is the last thing I want to do with my life. My advisor took the initiative to write to my dean and I was shifted to the arts school. Six years in America and when I returned home without a degree, the only thing I felt good about was the fact that, since I don’t have a degree I could start anywhere.

7 years of Bangalore days bring back so many good memories. Falling head over heels for nazriya, beginning of my journey with her. I asked her out over a handwritten letter and slipped a ring along. She didn’t say yes. But she didn’t say NO either!! I shot Bangalore days along with two other films. It’s just suicidal to shoot three films at a time. I used to look forward to return to shoot Bangalore days. I loved being around nazriya. But my thoughts were random. I don’t know if it sounds well now, but at that point there was a lot nazriya had to give up choosing me. It absolutely worried me and I kept fluctuating. Its Just when I thought it was all going to be over because I am not strong enough she said, “hello, method actor, who do you think you are? It’s just one simple life. pack your bags with everyone and everything you need”. We have been married for 7 years. Even now when I leave the TV remote in the bathroom she asks with the same conviction, “who do you think you are?’. 7 years of Bangalore days have given me a bit more than what I deserve. We work together. We spoil each other. We back each other. We are a team no matter what.

I have three evident stitch marks on my nose from the accident. It was the smallest wound from the
accident. The marks will stay with me for a while if not forever. Doing a film like C U Soon directly for OTT, I believe has only increased the scope for theatrical experiences. Even after changing my major I dropped out of school. I think it’s only because I did this, I haven’t given up the basic process of learning. It made me brave enough to say I don’t know. I would have hated learning if I continued learning something I didn’t enjoy. Pretty much all my small achievements are after I started sharing my life with nazriya. I know for sure I didn’t do any of this alone. I wonder what my life would have been if nazriya didn’t feel strong about us.!!

As a child who fancied stories then and as a story teller now, I was and am excited about how a story
ends. All these instances at some point looked like an ending to the story I was living. But then it has not ended yet. I have come out of it with scars and stars. All endings are beautiful beginnings to another story. Sometimes your own or you are a part of someone else’s story. But remember we all have a part to play. This indeed is a difficult time for all of us. This too will soon end for a new beginning.