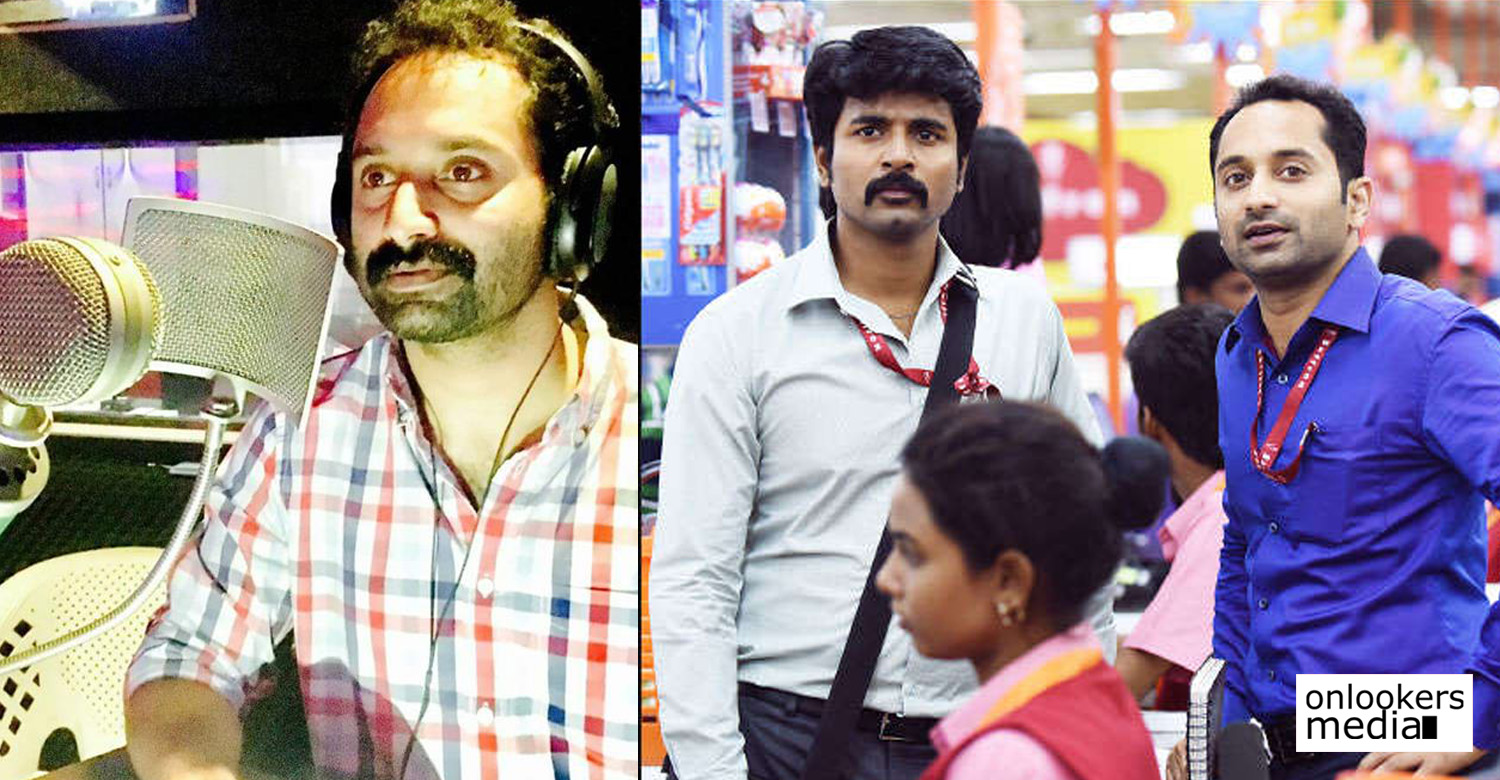 As we all know, Fahadh Faasil is making his entry to Kollywood this year by playing a prominent role in director Mohan Raja’s upcmoing movie titled as Velaikkaran. Sivakarthikeyan and Nayanthara play the lead roles in the movie.

Fahadh is playing a full length character in the film. His character named as Aadhi will have several shades. There are different layers to the relationship between the lead characters played by Fahahdh and Sivakarthikeyan. It begins as a friendship; there is also a guru-sishya element and it also has a clash of personalities.

Fahadh recently started dubbing for his portions in Kochi. During the initial stages of shoot, there were doubts regarding Fahadh’s fluency in Tamil but he got it right once the movie went on floors. Director Mohan Raja said that on several occassions he used to give the dialogues to Fahadh just before the shoot started. But he soon picked the language and aced it through. Velikaaran is a commercial entertainer which will be dealing with a very relevant social issue. While the director’s last release Thani Oruvan was about medical mafia, Velaikaaran will be about food adulteration and how a slum dweller fights against the corrupt system.

Nayanthara to share sceeen space with Amitabh Bachchan and Chiranjeevi
After Vimaanam, Prithviraj to start shooting for Detroit Crossing aka Ranam
To Top