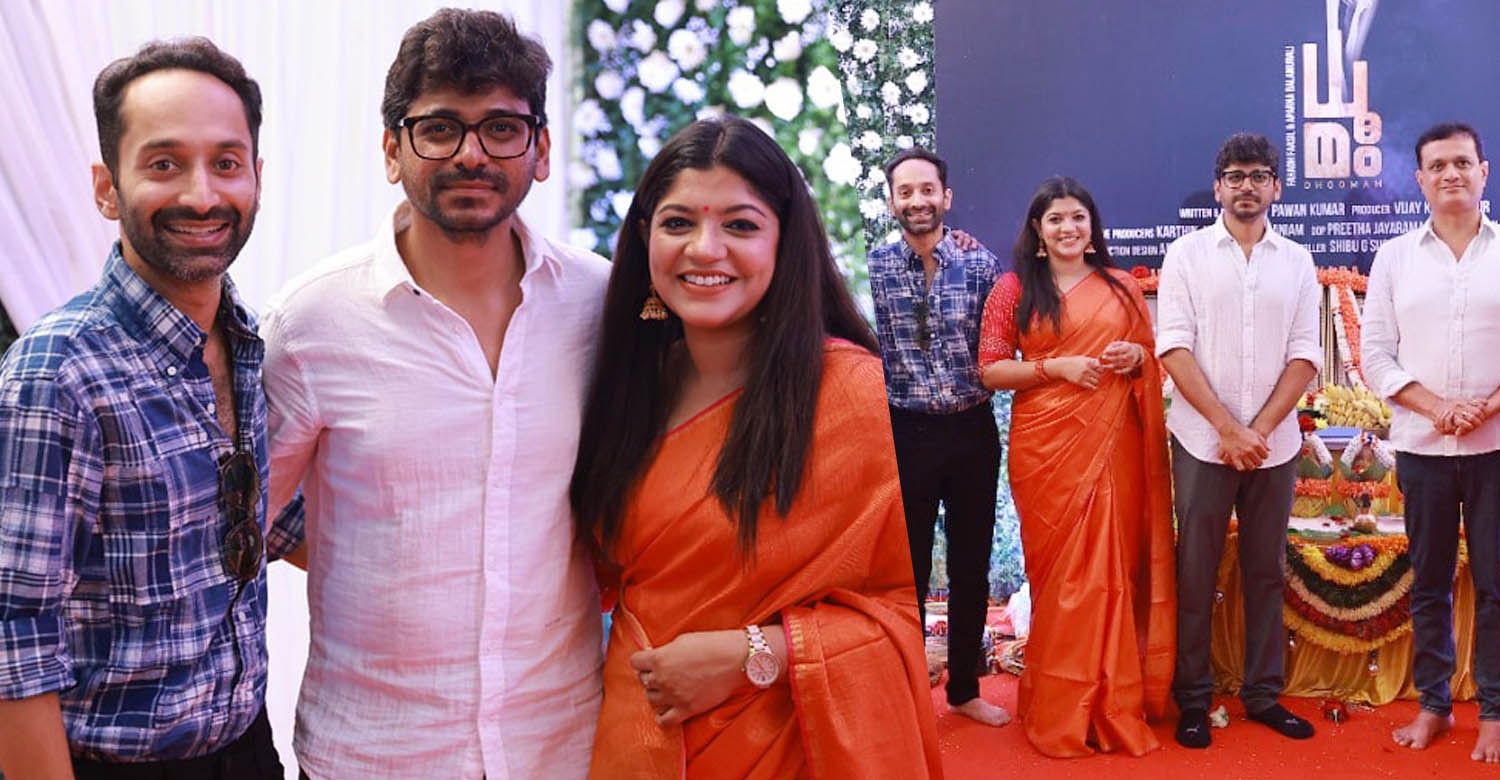 We had recently reported about Fahadh Faasil signing a new project with Hombale Films, the banner that backed the ‘KGF’ films. Titled ‘Dhoomam’, the film is to be directed by Kannada filmmaker Pawan Kumar of ‘Lucia’ and ‘U Turn’ fame. The project got officially launched today with a pooja function.

‘Dhoomam’ is an ambitious project that Pawan Kumar has been trying to make for sometime now. Few years back, the director had announced the project with the title ‘C10H14N2’, the chemical formula of nicotine. There were attempts to make the film with some Kannada stars, but nothing materialised.

‘Dhoomam’ has been planned as a multilingual with release in Malayalam, Kannada, Tamil and Telugu. Aparna Balamurali and Roshan Mathew will be seen in other major roles. The film will have music scored by Poornachandra Tejaswi and cinematography by Preetha Jayaraman.