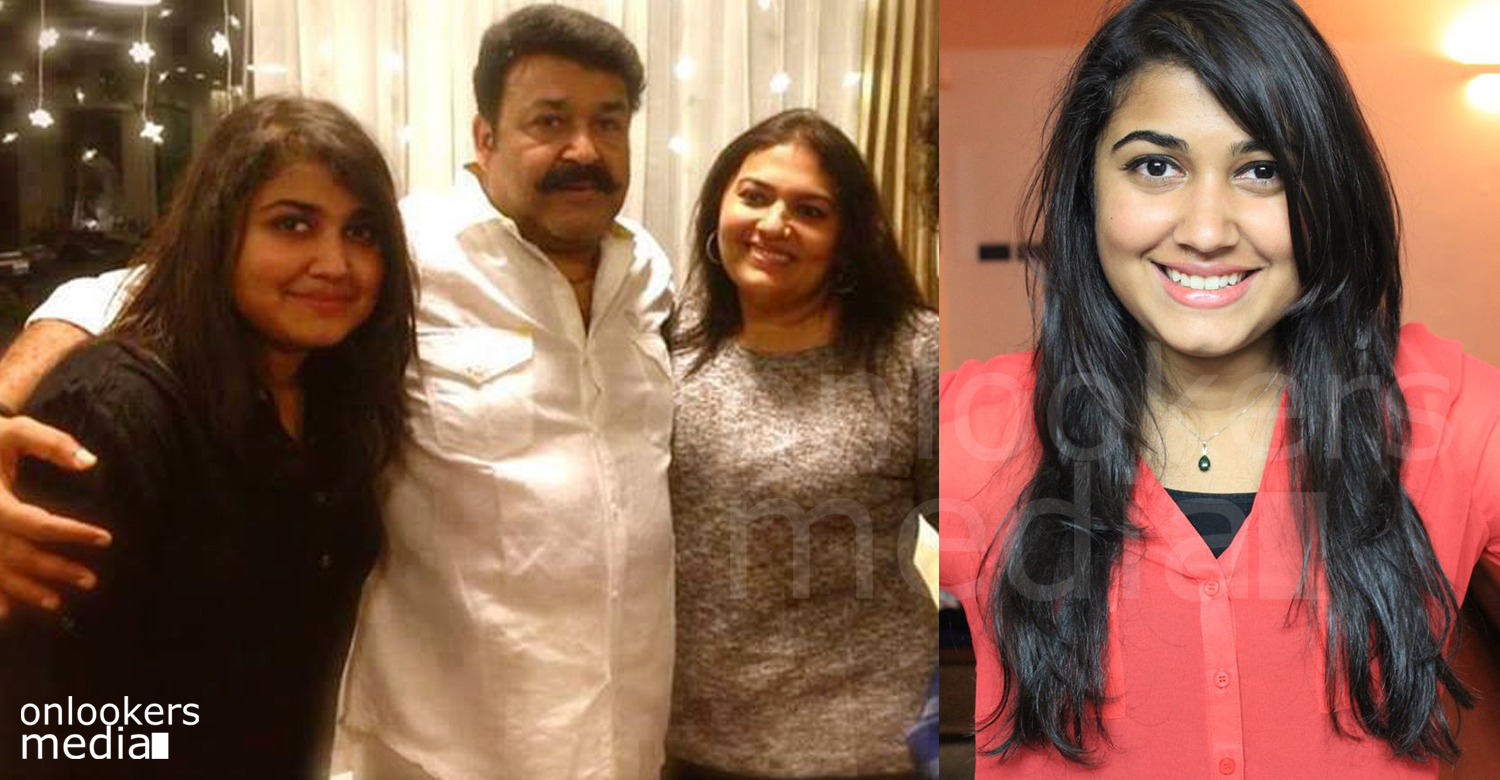 Fake news spreads about the movie debut of Vismaya Mohanlal !

Some days before, a rumor had spread through some online medias that Super Star Mohanlal’s daughter Vismaya Mohanlal is all set to make her movie debut this year. The report says that the Vismaya 2016 stage show Mohanlal doing in Sharjah Cricket Stadium at UAE on April 8th this year is one which will launch Vismaya Mohanlal to Mollywood. But sources close to Mohanlal said to Onlookers Media that this is an absolutely fake report and Vismaya has no plans to do films. The report about her movie debut is absolute rubbish and there not even 1% of truth in it.

The sons and daughters of many film stars has been made their movie debut in India, whether it is Mollywiood, Kollywood or Bollywood. So some people thinks that Mohanlal’s children also have to make that tradition going. Mammootty’s son Dulquer Salmaan and Jayaram’s son Kalidasan had made their hero debut. Suresh Gopi’s son Gokul Suresh also making his debut here.

Mohanlal’s son Pranav Mohanlal who had acted as child artists in some films and won state film award as well. But he is more interested in standing behind the camera than coming in front of it. He was the assistant director of Jeethu Joseph in his films like Papanaasham and Life of Josootty.

Anyway the report that is spreading through Whatsapp and Facebook about Vismaya Mohanlal’s mollywood entry is fake and as the sources related to Mohanlal itself revealed it to our media. So we hope that the rumors will stop spreading from now as the truth is out.

Theri trailer started off with creating record in YouTube !
A letter to Mohanlal from God : Powerful blog from Mohanlal going viral in social media
To Top